Home » Europe » Mystery of man, 21, shot dead as he took Christmas presents out of car 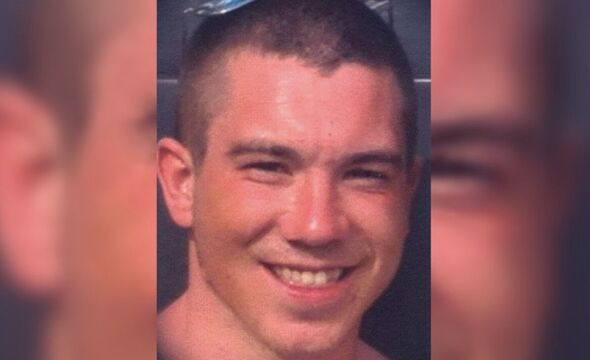 A Christmas shooting in Liverpool continues to baffle police 10 years on, with officers unable to find the perpetrator. Jamie Starkey, 21, was killed in 2012 outside his home in Fazakerley by a lone gunman who shot him six times as he collected Christmas presents for his family. His family are still searching for answers in 2022, with the killer at large and few developments.

Merseyside Police found evidence in 2013 when someone discovered a discarded Browning self-loading pistol in the Leeds-Liverpool Canal.

And they have questioned five suspects connected to the murder, none of whom were charged.

Officials state they remain focused on solving the case, with the Starkey family haunted by Jamie’s passing.

In an interview with Liverpool Echo in 2018, his dad, Richard, described the moment he found his son “soaked with his blood” after searching for him in the pitch black, rainy night of December 2.

He described the discovery as “horrendous” adding he “just held him”.

Mr Starkey said his daughter, Jamie’s sister, had seen the gunman outside their home.

He said she had “ran to the window” and “saw the fella stood there with a gun”.

The father described the ordinary pre-Christmas family routine of the day his son died, with Jamie’s sister eager to set up the tree and his mother cooking dinner inside.

Mr Starkey said the dedicated brother “loved the bones of his little sister” and was returning from a day of present shopping before he died.

Jamie had promised to help his sister with the tree after she got home from school the next day and “gave her a little kiss and a hug” before heading outside.

He added: “Within seconds after that, he had been shot dead.”

Gee was jailed indefinitely two years before Jamie’s murder in 2010 after he threatened to kill him and buy guns.

The investigation remains open, but police have received no new leads since Mr Starkey gave his interview four years ago.

Merseyside Police has taken the 10th anniversary as an opportunity to launch a new appeal for information.

Speaking to the ECHO, she asked people to “come forward with any information you may have, no matter how small”.

She said she believed that “someone out there will know who did this”, adding it is “not too late to search your conscience and come forward now”.

Detective Superintendent Coombs said that, with help, they could make “significant progress and help us find justice for Jamie’s friends and family”.

Anyone with information can contact Merseyside Police on 101, by messaging the service on Twitter @MerPolCC or by leaving information anonymously with Crimestoppers on 0800 555 111.