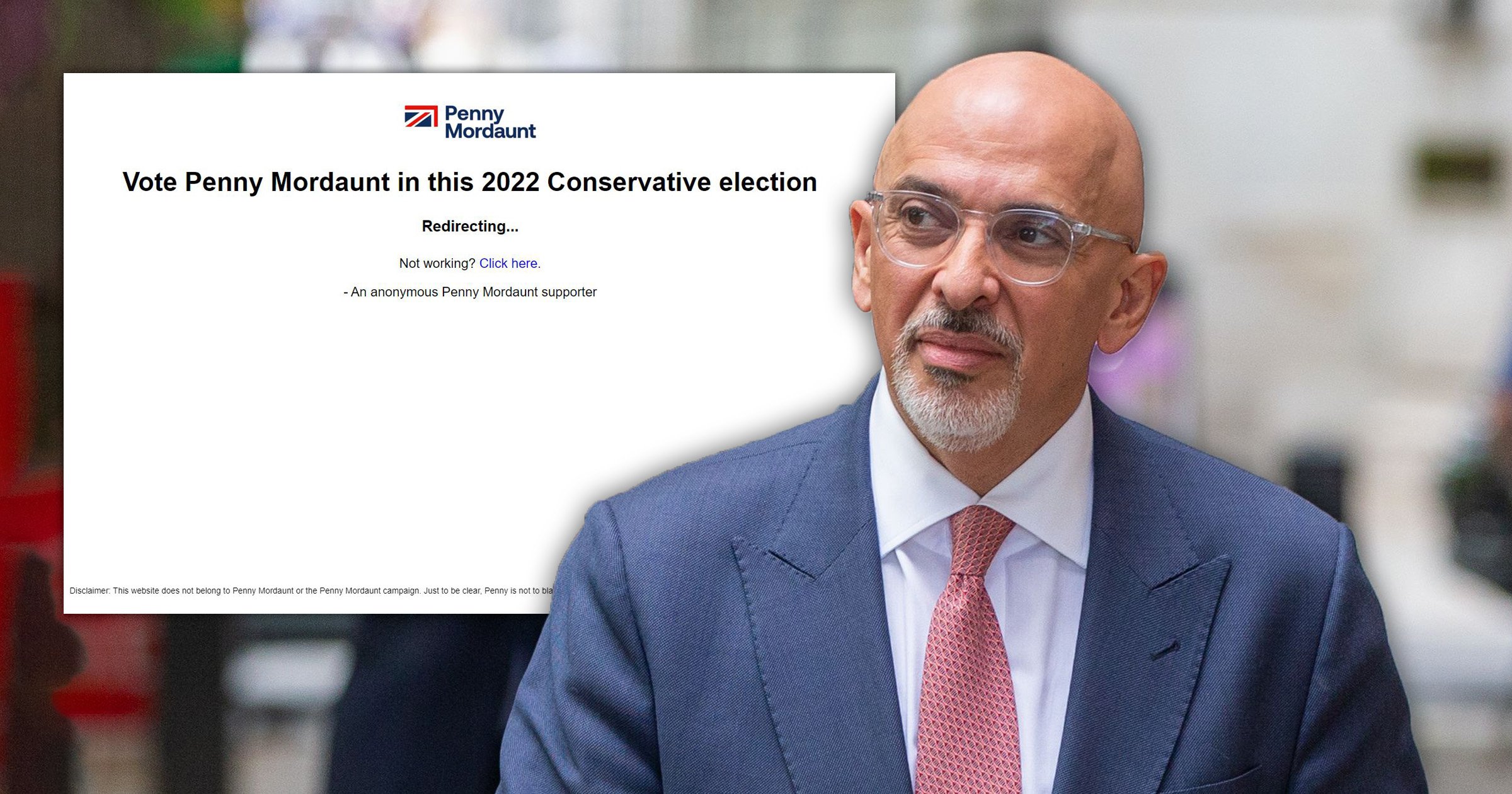 An ‘anonymous supporter’ of Tory leadership hopeful Penny Mordaunt seems to have hijacked her rival Nadhim Zahawi’s election tag in a domain war.

Supporters of the former education secretary, who was eliminated from the leadership race after the first round of voting today, were redirected to Ms Morant’s website instead.

Mr Zahawi was using the slogan NZ4PM [Nadhim Zahawi for prime minister] on social media, but anyone searching for NZ4PM.com would not find something promising him.

Instead, they were directed to a message on a website that reads ‘Vote Penny Mordaunt in this 2022 Conservative election’, before taking users to her own campaign page.

‘Just to be clear, Penny is not to blame for this and it has nothing to do with her. Remember to buy your domains, Nadhim.’

As a snap YouGov poll of Conservative party members has put the trade minister to win the contest, some are curious whether this is a trick she had up her sleeve.

It asked more than 870 people to choose which confirmed leadership candidate they ‘most wanted to replace Boris Johnson’ with 27% saying Ms Mordaunt.

Kemi Badenoch came second with 15%, followed by Rishi Sunak and Liz Truss who both got 13% of the vote.

Ms Sunak, Ms Truss, Tom Tugendhat, Ms Badenoch, Ms Mordaunt, Jeremy Hunt, Mr Zahawi and Suella Braverman were all be on the ballot today, after all secured the 20 nominations from fellow MPs needed to enter the contest.

The threshold to meet for tonight’s vote was the backing of 30 of their colleagues, whittling the eight contenders down to six.

Jeremy Hunt was knocked out, securing just 18 votes, which will be welcomed by broadcasters afraid of mispronouncing his surname on national TV.

Only 25 MPs showed their support for Nadhim Zahawi, who sensationally turned on Boris Johnson less than 48 hours into his job as Chancellor.

Another ballot will be held on July 14 but the ultimate winner will not be known until September 5, according to the Conservative party’s timetable, and until then, Mr Johnson is expected to remain leader.