In a toe-curling TV interview, the culture minister tried to evade a question over whether she had recently spoken to the prime minister.

She also backed the PM’s bogus claim that the Labour leader was responsible for the decades-long failure to bring Jimmy Savile to justice.

Ms Dorries, one of the PM’s staunchest defenders, said her colleagues calling for change in Number 10 over partygate and other scandals are ‘the same names that…keep cropping up’.

She accused them of sounding off from their ‘safe seats’ and insisted the ‘prime minister does tell the truth’ after another week in which his honesty was called into question.

Former minister Nick Gibb has joined the growing minority of Tory MPs calling for Mr Johnson to resign and a leadership election to be held.

Writing in The Telegraph, he suggested the PM has misled parliament over lockdown parties in Downing Street. 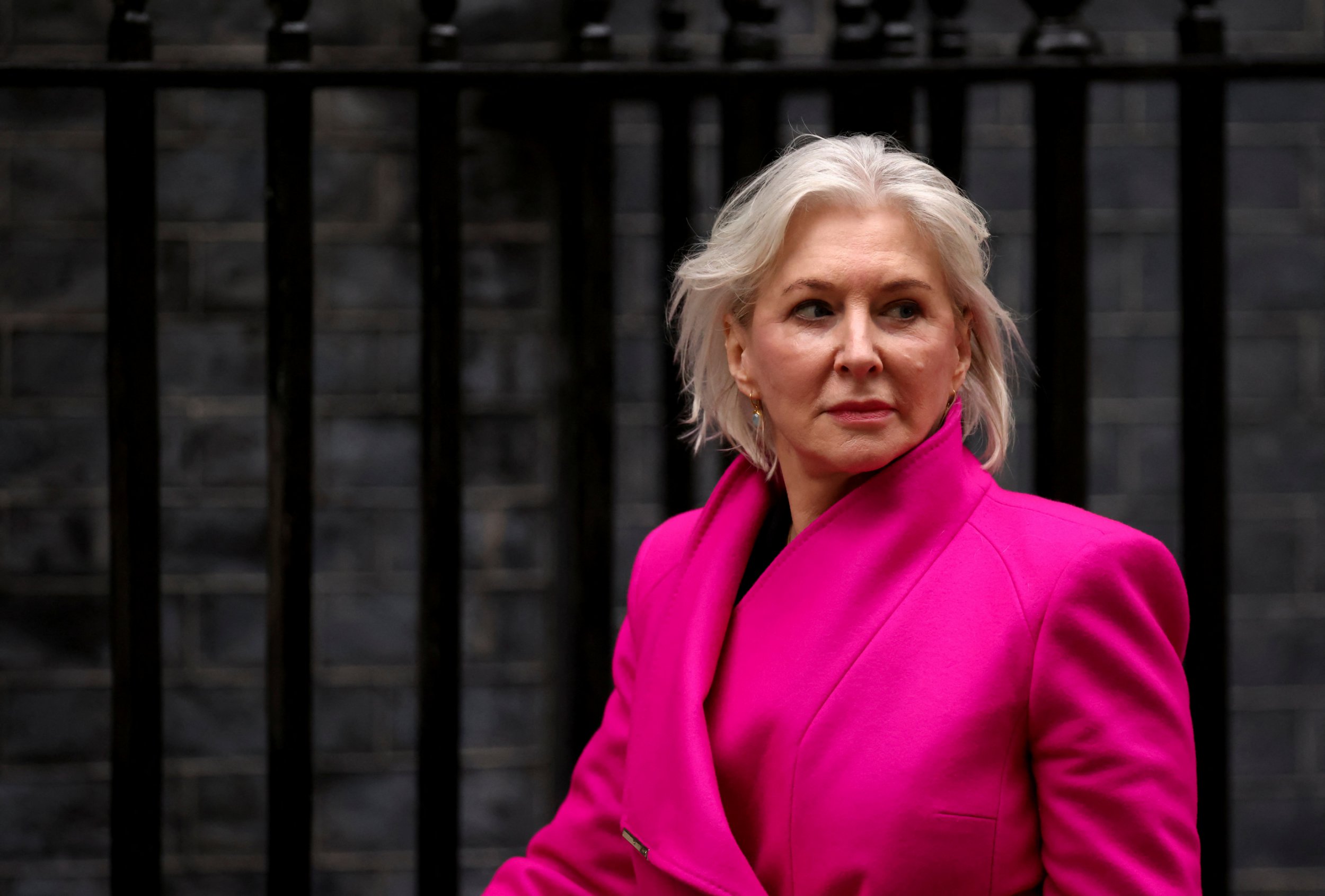 More than a dozen backbenchers have publicly called on him to go but the number thought to have privately submitted letters to the 1922 Committee could be much higher.

Appearing on BBC Breakfast, the former I’m A Celebrity contestant took issue with being asked if she had spoken to the PM in the last 24 hours, responding: ‘Why? Why are you asking me that question?’

Eventually saying they had ‘communicated’, host Charlie Stayt replied: ‘I’m really confused, is that a difficult question? I’m just asking if you’ve spoken to the prime minister in the last 24 hours.’

She refused to comment further on the ‘extent’ of her talks with Mr Johnson before demanding the interviewer move on.

Ms Dorries told Times Radio that some of the PM’s critics are ‘are people who were ardent supporters of Remain, who see this as their last opportunity to reverse Brexit’.

Asked whether reported leadership moves against Mr Johnson are a ‘Remainer plot’, Ms Dorries said: ‘There are a number of reasons actually, it’s not just one, but that certainly is at play with a group.’

The PM and home secretary Priti Patel have both been accused this week of misrepresenting statistics.

Mr Johnson told MPs the government was cutting crime when the full figures actually show a recent increase, as well as falsely claiming more people are in work now than before the pandemic.

Ms Dorries said he tells the truth ‘to the best of his knowledge’ and is reliant on advisers.

She said: ‘He will have been given by advisers and researchers the fact that there were more people in work than there were at the beginning of the pandemic, not on the payroll.’

The minister added: ‘So did he tell the truth when he quoted that? Yes, he told the truth as it was given to him.’

Ms Dorries also doubled down on the PM’s false claim that Sir Keir Starmer failed to prosecutor Jimmy Savile when he was director of public prosecutions.

Chancellor Rishi Sunak and health secretary Sajid Javid have both distanced themselves from the slur and a key aide quit in disgust, but the culture minister backed the claim.

She said: ‘What I would say is that when you lead an organisation, you are responsible, the responsibility lands on your desk for what happens within that organisation when you’re leading it.’

Wayne Couzens could have ‘offended before’ claims criminology professor