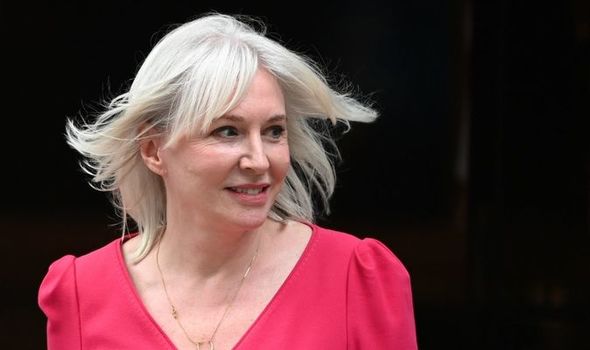 The Culture Secretary will examine the regulator’s role as part of an upcoming review into the corporation’s complaints process. Officials have raised concerns that 10 out of the 14 members of Ofcom’s Content Board are ex-BBC employees.

The regulator is the ultimate authority to which complaints can be escalated. In the past two years, only one complaint about the corporation was investigated by Ofcom, out of 418 referred to it by the BBC.

This compares to the 830,632 viewer complaints made in total to the BBC over the same period.

A government source said: “Fundamentally this needs to be looked at.” Ian Paisley, the DUP MP for North Antrim, accused the BBC of “marking their own homework”.

He said the low number of complaints investigated by Ofcom shows that the complaint process “lacks all credibility”. He added: “Hundreds of thousands of complaints made and only one of them gets through the net.This is not a transparent or credible system and the Government has a duty to licence-fee payers to fix it.”

Ofcom said: “Nobody should doubt we act with complete independence.

“Industry experience is vital to strong regulation, and our Content Board is made up of experts from a range of commercial, media and telecoms backgrounds.”

Last week the BBC admitted that an interview with lawyer Alan Dershowitz after the Ghislaine Maxwell verdict breached editorial guidelines.

No reference was made by the broadcaster to Mr Dershowitz’s involvement in the case or his previous representation of sex offender Jeffrey Epstein. The BBC said afterwards: “Mr Dershowitz was not a suitable person to interview as an impartial analyst, and we did not make the relevant background clear to our audience.

“We will look into how this happened.”

The source added: “Shortly the Government will undertake a mid-term review as outlined in the BBC Charter, which examines the BBC’s governance and regulatory arrangements.

“The review is the appropriate milestone to consider whether the current regulatory arrangements for the BBC are working effectively and whether reforms are necessary.”