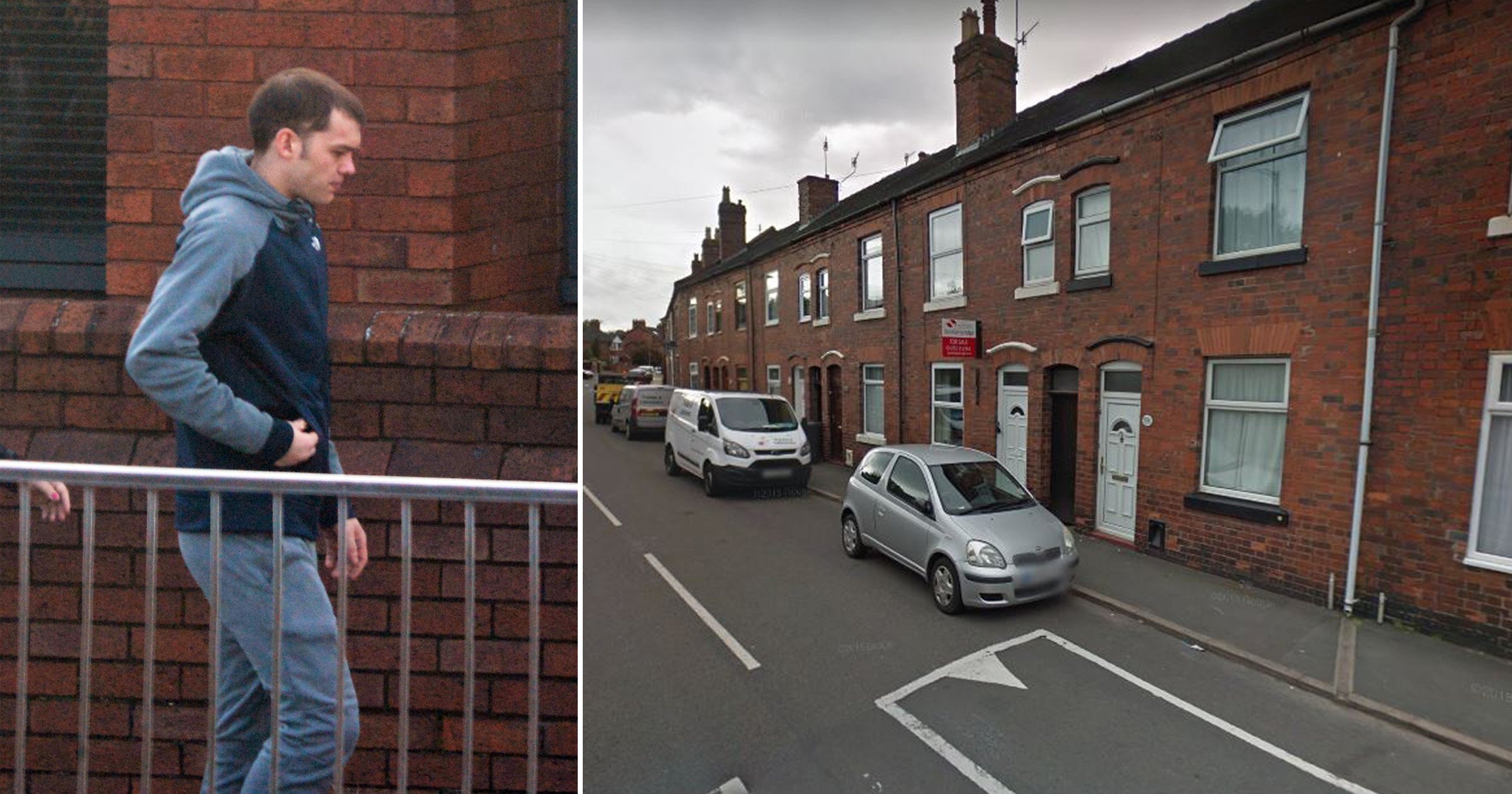 A man who broke into a home and attacked a family while naked and high on monkey dust has been jailed.

A mum and her son were woken up by the sound of Ashley Ford, 25, breaking into their home in High Street, Silverdale, at around 3am on March 9.

The mother went downstairs and screamed after finding a nude Ford, who was ‘totally out of control as a result of drugs’.

Her adult son rushed to her aid and tried to push Ford – who he recognised – away from his mum as his younger brother slept in bed.

Together they managed to lock the intruder in their pantry – but Ford smashed the glass ‘like Jack Nicholson in The Shining’ and climbed through the window to get out, heard a court.

As he reached the corridor, there was another struggle before the family shut a second internal door to get away from him.

Judge Paul Glenn told Stoke-on-Trent Crown Court: ‘You pushed through the door. You tried to knock it down.

‘By then, the police had been called and were approaching the scene.

‘An officer described what she saw as “like something out of a horror film”. Having seen the footage, it was just that.

‘It was like Jack Nicholson in The Shining, who came through a door in a similar way to you.’

The house, near Newcastle under Lyme, was left ‘trashed’ by the defendant, who could remember little of what happened as he was on the Class B drug monkey dust at the time, the court heard. They are more commonly known as bath salts.

The man he attacked was left needing stitches for two deep cuts to his fingers and had to take time off work to recover.

Ford, also from Silverdale, was jailed for 21 months after he admitted unlawful wounding, affray and two counts of criminal damage.

Ford, who committed the offences while on bail for another matter, has 21 previous convictions.

The incident in the family’s home was the second episode of strange behaviour in the early hours of March 9.

He had initially been spotted jumping on the roof of a Nissan Qashqai while completely naked.

The car’s owner shouted out and confronted him over the dents he caused in the roof.

Defence solicitor Stuart Muldoon said: ‘He does have some mental health issues.

‘He started taking drugs. Spice was his drug of choice and he then started on monkey dust.’

Ford lost a relative in 2019, which had a ‘profound impact’ on him and began suffering from anxiety and depression.

Judge Glenn said the defendant ‘plainly had issues with drugs for a long time’.

He said: ‘It must have been a shocking experience for the three people in the home.

‘The home was trashed. You used serious and sustained violence. You were totally out of control as a result of drugs.’

Challenge time! Can you defeat our Express.co.uk News Quiz?