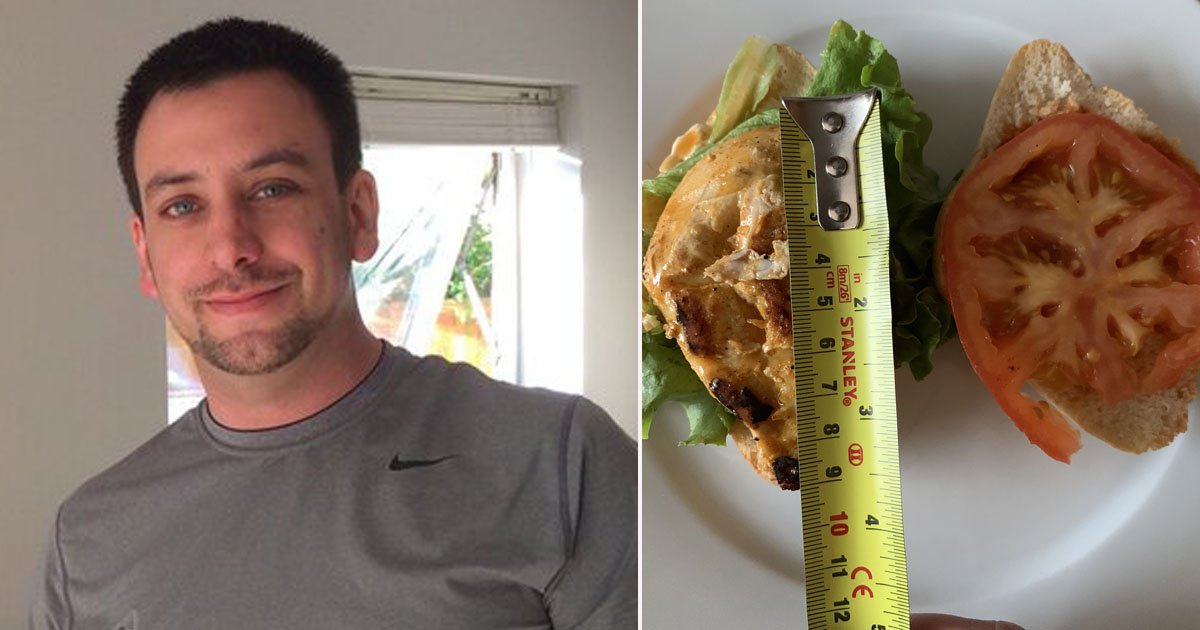 A man’s attempt to shame Nando’s over the size of its chicken breasts has backfired after social media users ribbed him for using a tape measure on his meat.

Jason Kurensky opened up his peri-peri burger and was furious to discover the fillet inside measured 9cm.

Tweeting the restaurant chain with a picture of the offending meat, he wrote: ‘Not even a 10cm piece of chicken for £6.75.

‘I have been a customer for almost 20 years! The tomato slice is bigger!’

Jason succeeded in getting Nando’s attention, who reached out to him but reminded customers that ‘not every chicken breast is the same size’.

One person asked: ‘Have you measured the thickness of the chicken, as sometimes you can get a really nice thick breast and that would obviously compensate for the lack of length?’

Another joked: ‘Some tomatoes are big though and some chickens are small, stop body shaming.’

Others questioned whether Jason used optical trickery by holding the tape measure higher to make the fillet look smaller than it really was.

After Nando’s replied to him, one user wrote: ‘If he gets anything out of you for this I’m going to count the grains of rice in my spicy rice and complain that there isn’t enough.’

A Nando’s spokesperson said: ‘All our chicken is served fresh and sometimes the sizes of the burgers do vary as not every chicken breast is the same size.

‘We have regulations and measures in place to try and keep our portion sizes as consistent as possible.

‘We always aim to provide good value for money for our customers and have been in touch with Jason.’