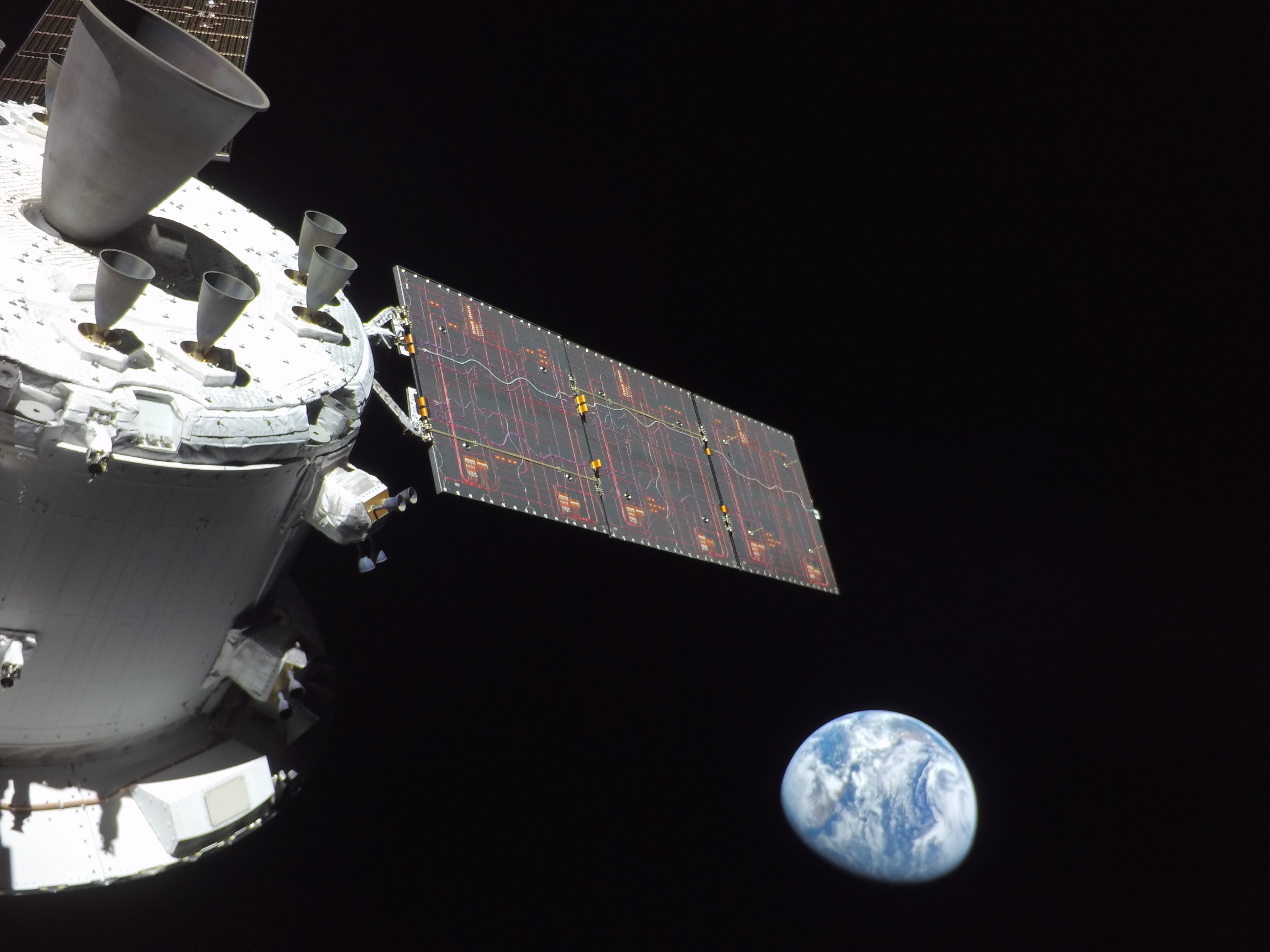 Nasa’s Artemis spacecraft has successfully arrived at the moon after finally blasting off from Earth last week.

Artemis 1 is carrying the Orion lunar spacecraft which is manned by three test dummies.

Orion’s entry into the lunar sphere of influence will make the moon, instead of Earth, the main gravitational force acting on the spacecraft.

It will be the first time a space capsule has completed a flyby of the moon in half a century.

Jaw-dropping selfies have seen the earth and the moon act as backdrop as the flight control team used cameras on Orion’s solar wings to do a thorough inspection of the spacecraft during its flight.

During the outbound powered flyby, Orion will make its closest approach to the lunar surface – approximately 80 miles above it.

Named after the Greek goddess of the moon, the Artemis programme will see the construction of the Lunar Gateway – a new space station where astronauts will be able to live and work.

Mr Hu said the gateway would act as an orbiting platform and staging post for lunar missions, with astronauts taking ‘landers’ from the platform to and from the moon.

The space agency is aiming to send four astronauts around the moon on the next flight, in 2024, and land humans there as early as 2025.

The 322-foot (98-meter) Space Launch System (SLS) rocket that made up the Artemis 1 mission is the most powerful ever built by Nasa, with more thrust than either the space shuttle or the mighty Saturn V that carried men to the moon the first time.

A series of hydrogen fuel leaks plagued the summertime launch attempts as well as countdown tests.

This $4.1 billion test flight is set to last 25 days, roughly the same as when crews will be aboard. The space agency intends to push the spacecraft to its limits and uncover any problems before astronauts strap in.

The mannequins – Nasa calls them moonequins – are fitted with sensors to measure such things as vibration, acceleration and cosmic radiation.

Ultimately, Nasa hopes to establish a base on the moon and send astronauts to Mars by the late 2030s or early 2040s.

Prince Harry’s ‘element of unpredictability’ at engagements revealed by photographer