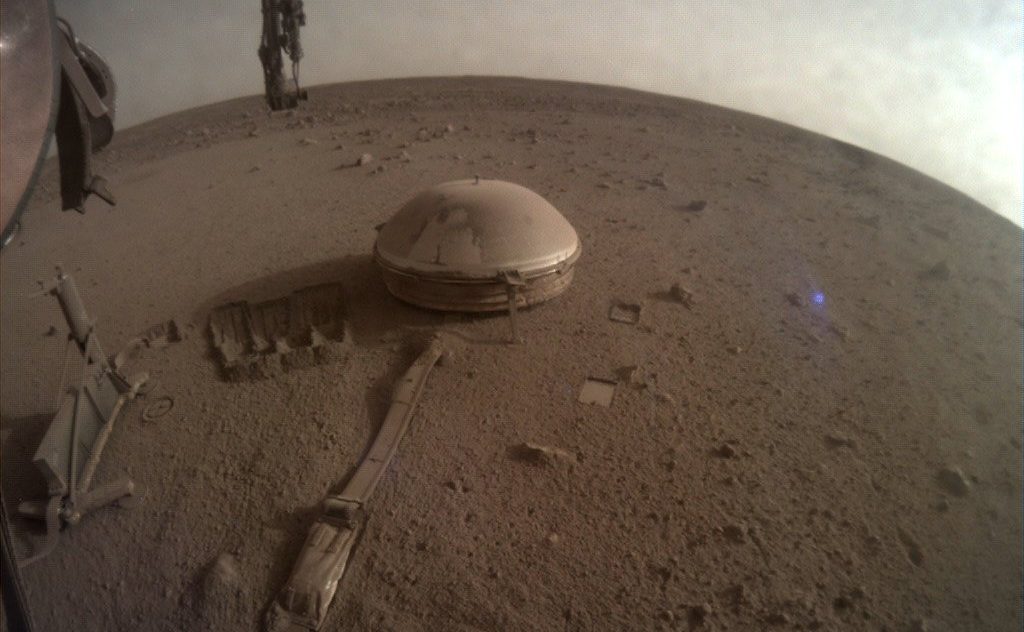 It’s always sad when space equipment come to the end of their lives, especially one that’s been in service for a while.

Nasa’s InSight lander is approaching the end of its life and has sent back what could be its last image from the Red Planet.

Along with the wide-angle photo of the Martian surface, InSight’s official Twitter account shared an emotional farewell message.

‘My power’s really low, so this may be the last image I can send. Don’t worry about me though: my time here has been both productive and serene,’ said the tweet.

‘If I can keep talking to my mission team, I will – but I’ll be signing off here soon. Thanks for staying with me,’

The message does not come as a shock as Nasa had said back in May, that InSight was gradually losing power and is anticipated to end science operations later this summer.

By December, InSight’s team had expected the lander to have become inoperative, concluding a mission that has thus far detected more than 1,300 marsquakes.

Most recently, the lander detected a magnitude 5 marsquake that occurred on 4 May and located quake-prone regions of the Red Planet.

The information gathered from those quakes has allowed scientists to measure the depth and composition of Mars’ crust, mantle, and core.

InSight was a Mars lander designed to give the Red Planet its first thorough checkup since it formed 4.5 billion years ago.

The lander first arrived on Mars four years ago and is now set to end its life all alone, 140 million miles from home.

‘Thanks to my team for sending me on this journey of discovery. Hope I’ve done you proud,’ said the lander in one of its tweets.

Royal BOMBSHELL:  How Queen Mother was ‘gravely IRRITATED’ over lack of attention