The “distressed” family of a man suspected of killing a food delivery driver have appealed for him to come home.

Nathan Smith is wanted over the murder of 30-year-old Takieddine ‘Taki’ Boudhane in Finsbury Park on 3 January.

The Deliveroo and Uber Eats moped rider was stabbed after a road rage attack in north London.

Despite efforts to save him, Mr Boudhane – an Algerian national living in Enfield – was pronounced dead at the scene shortly afterwards.

Police have said the victim was “an innocent man who had come to this country for a better life”. 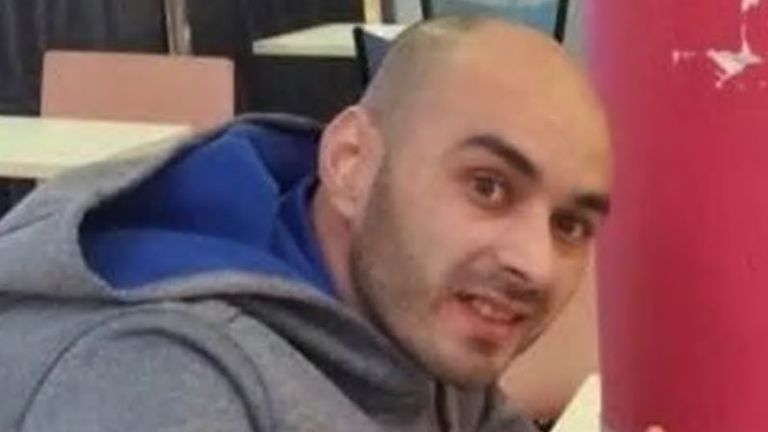 Detectives believe Smith, who is on Europol’s most wanted fugitives list, fled the UK the day after Mr Boudhane was killed – travelling to Austria and on to Switzerland.

They now have reason to believe the suspect is in another European country or further away.

He said: “Nathan’s family are understandably worried about their son, having not had any contact with him for almost 12 months.

“We know that Christmas will be a particularly difficult time for them and we would urge Nathan to think about the pain and distress he is causing his own family.

“We would also ask him to think about Taki’s loved ones, who have now had to spend nearly a full year without their brother or son. Unlike Nathan’s family, they know he is never coming back.”

The Met are offering a £10,000 reward for information leading to the identification, arrest and prosecution of the person responsible for Mr Boudhane’s death.

Police describe Smith as a 6ft 3in “slim” white man with dark hair, possibly a dark beard and a tattoo on his right forearm that says “count your blessings”.

He has links to north London – particularly Islington, Camden and Kentish Town.

Taki’s mother, Saida Boudhane, previously said: “Whoever did this horrible crime didn’t kill just my son Taki, but they killed our entire family.

“My son is still alive until we bring to justice the person who murdered my beloved son. All I want now is justice for Taki.”

COVID-19: All arrivals to Greater Manchester and West Midlands from Tier 4 and Wales asked to self-isolate