Palace officials yesterday revealed details of the ceremony at St George’s Chapel in Windsor Castle, which will be scaled down to bring it in line with the Government’s coronavirus guidelines. Prime Minister Boris Johnson will not attend. He had been expected to go but offered not to, so a family member could take his place.

Instead of a congregation of at least 800, only 30 people will be allowed into the chapel, including Philip’s children and grandchildren, officiating clergy and a bearer party of Royal Marines carrying the Duke’s coffin.

This will be interred in the royal vault below the chapel, with the Duke’s Royal Navy cap and sword on top.

The Queen and her family will have to wear masks in line with Covid-19 guidelines and there will be no public access to the castle, although the service will be shown live on television.

It will be a royal funeral like no other because of the coronavirus guidelines.

Prince Harry is flying back from California to attend the service but his wife Meghan, who is heavily pregnant with their second child, will remain at their £11million home in Montecito near Santa Barbara on medical advice.

The Queen has had to drop long-established plans for her husband’s body to be taken to the Chapel Royal at St James’s Palace for a week and then the Queen’s Chapel across the road from the palace before being driven in a 22-mile funeral procession to Windsor. 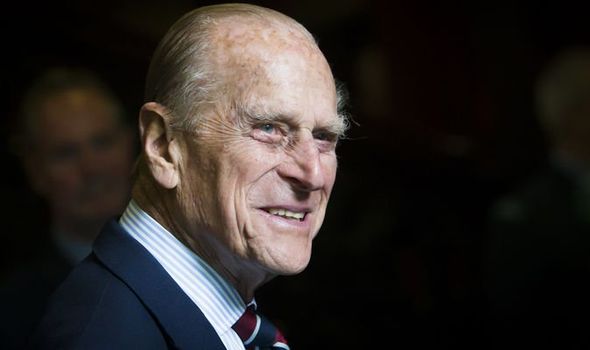 The Palace wanted to avoid the risk of crowds gathering. Instead the entire ceremony will take place within the walls of Windsor Castle.

Philip’s body will remain in the Queen’s private chapel all week, with his personal standard and a wreath of flowers on his coffin.

In a brief military ceremony on the day of the funeral, it will be taken to St George’s Chapel, borne on a Land Rover especially adapted to carry coffins according to a design which Philip helped develop many years ago.

Prince Charles and other members of the Royal Family, including his siblings Princess Anne, Prince Andrew and Prince Edward, are expected to walk behind the coffin in a procession. Originally that procession would have taken place in central London but royal aides insisted that the service would still adhere closely to the Duke’s plans for his own funeral, despite the changes required by the pandemic.

A Buckingham Palace spokesman said: “It will be what’s known as a ceremonial royal funeral, the same as for Queen Elizabeth The Queen Mother. It’s not a state funeral – something which is generally reserved for monarchs. 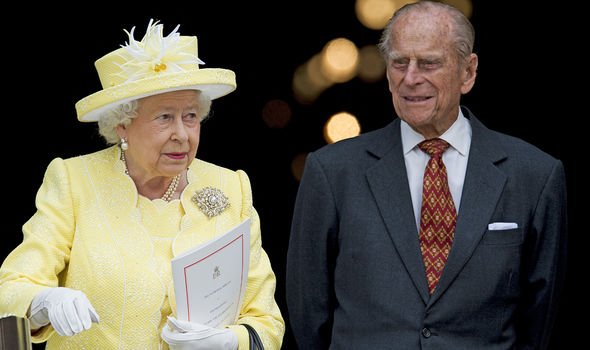 “The plans have been given final approval by the Queen and reflect appropriate Government advice. Despite these necessary changes they still very much reflect the personal wishes of the Duke.”

The Queen has approved the Prime Minister’s recommendation that there will be a period of national mourning until the day of the funeral, meaning Union flags are flown at half-mast at royal
residences, Government buildings, military establishments, and UK posts abroad.

She has also decided the Royal Family will enter two weeks of mourning, wearing mourning bands. Their official engagements will continue appropriate to the circumstances, a senior royal official said.

On the day of the funeral the Duke’s coffin, accompanied by the Dean of Windsor and the Lord Chamberlain, former MI5 chief Lord Parker of Minsmere, will be moved to the State Entrance of Windsor Castle by a bearer party formed by The Queen’s Company, 1st Battalion Grenadier Guards. 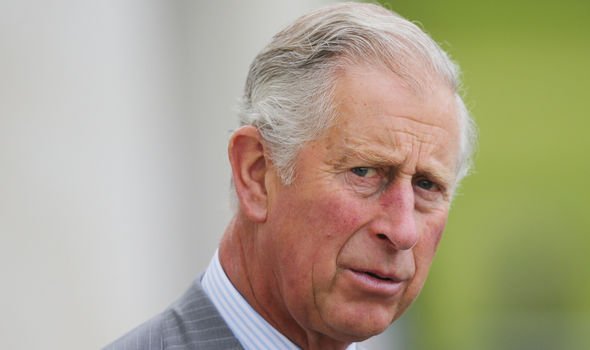 It will then be taken out into the castle quadrangle, which will be lined by the Household Cavalry and the Foot Guards. Detachments drawn from military units most closely involved with Philip will be on the grass.

They include the Royal Navy, the Royal Marines, the Band of the Royal Marines, The Queen’s Royal Hussars (The Queen’s Own and Royal Irish), the Grenadier Guards, The Highlanders, 4th Battalion, Royal Regiment of Scotland, Royal Gurkha Rifles, The Rifles, the Corps of Royal Electrical and Mechanical Engineers, the Intelligence Corps, the Foot Guards Band as well as cadet forces, and the Royal Common-wealth Ex-Services League.

At 2.45pm the Band of the Grenadier Guards, the regiment which the Duke was Colonel of for 42 years, will lead the funeral procession, followed by senior officers, and service chiefs.

Flanking the Land Rover will be pallbearers from the Royal Marines, Philip’s regiments, corps, and air stations.

Charles and other members of the Royal Family will follow the coffin on foot together with Philip’s staff. 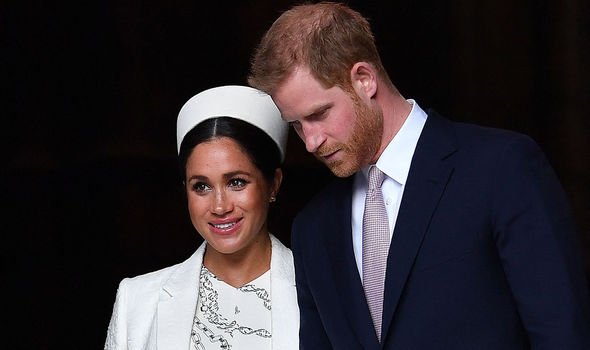 They will head to St George’s Chapel along a route lined by representatives drawn from the Royal Navy, the Royal Marines, the Highlanders, 4th Battalion, Royal Regiment of Scotland and the Royal Air Force.

Guns will be fired by The King’s Troop Royal Horse Artillery from the East Lawn of Windsor Castle during the eight-minute procession and the castle’s Curfew Tower Bell will toll.

At 2.53pm, the Land Rover will arrive at the foot of the West Steps, where a guard of honour and band from The Rifles will receive the coffin with the National Anthem as it enters Horseshoe Cloister and draws to a halt at the West Steps.

Positioned in the Horseshoe Cloister will be Commonwealth Defence Advisers from Canada, Australia, New Zealand and Trinidad and Tobago.

The West Steps will be lined by a dismounted detachment of the Household Cavalry.

A Royal Naval piping party will pipe the Still once the Land Rover is stationery at the foot of the West Steps and a bearer party of Royal Marines will lift the coffin up the steps, halting on the second landing as the pipers play the Side and then pausing for the national minute of silence at 3pm before entering the chapel.

At the top of the steps, the Dean of Windsor and the Archbishop of Canterbury will receive the coffin and enter the chapel with members of the Royal Family and Philip’s private secretary, Brigadier Archie Miller-Bakewell. As the chapel doors close the Royal Navy piping party pipe the Carry On and the coffin is carried in procession to the catafalque in the quire.

The Duke of Edinburgh’s insignia – his UK and Commonwealth medals and decorations together with his Field Marshal’s baton, Royal Air Force Wings and insignia from Denmark and Greece – will be pre-positioned on cushions on the altar in the chapel.

At the end of the televised service, Philip’s coffin will be lowered by lift into the royal vault, where it will stay until he and the Queen are eventually interred in another part of the chapel where George VI and Queen Elizabeth and the ashes of Princess Margaret lie.

UK lockdown rules: What are the new lockdown restrictions in England?