The firm has been criticised for blaming the “current industrial relations climate” and “unofficial strike action” for ongoing staff shortages that have brought about the cuts to services.

However, the Aslef union which represents train drivers said that no strikes are taking place and Avanti has not employed enough drivers to fulfil the current timetable.

Around 400 of the company’s weekly services rely on drivers working overtime for extra pay.

Avanti has been forced to admit that the number of drivers working overtime has “dropped dramatically” limiting its ability to deliver services. 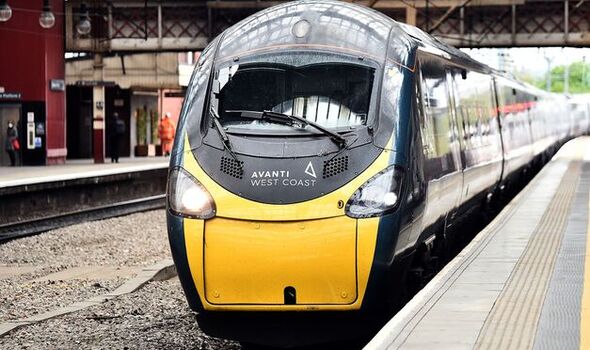 Labour’s shadow transport minister Louise Haigh told Sky News that it was a “disgrace” that major cities were being cut off and slammed the “hapless” Government for their response.

She said: “This is a disgrace – major cities are being cut off, and the private operator is busy blaming the workforce for their own mismanagement.

“This hapless government cannot continue to wash their hands of responsibility, nor reward failure without consequences.

“They should demand a plan from the operator to urgently restore these services, claw-back taxpayers’ money being handed over for services that aren’t running, and if the private operator cannot fulfil their contract, they have no business holding it.”

The Sheffield Heeley MP also tweeted that “literally impossible to buy a ticket between major cities in the UK”.

Avanti argued that it was reducing services in order to stop the last minute cancellations that have become frequent in recent weeks.

The firm said that it expected tickets for August 14-20 to be back on sale by the end of the week.

Tickets for the following weeks would be released on a weekly basis they claimed.

An Avanti spokesperson said that a “reduced timetable” was being introduced so that passengers could travel with “greater certainty”.

They said: “From August 14 until further notice, we will be introducing a reduced timetable on our services.

“As a result of the majority of drivers making themselves unavailable for overtime in a co-ordinated fashion, and at short notice, our customers have faced multiple short-notice cancellations which has had a severe impact on their plans.

“The reduced timetable is being introduced to ensure a reliable service is delivered so our customers can travel with greater certainty.”

However, the move has been blasted as a “national outrage” by regional politicians who claim Avanti have failed to consult them.

They argued that it would impact the recovery of the cities from the economic impact of the covid pandemic and those travelling to the Notting Hill Carnival as well as Manchester Pride.