The Government in Scotland is considering commissioning a national monument to Queen Elizabeth II following the national mourning period. The longest-reigning British monarch died at her beloved Balmoral Estate in rural Aberdeenshire on Thursday last week.

Discussions are being held among public officials over the prospect of a permanent memorial to Her Majesty after tens of thousands of Scottish residents turned out in Edinburgh to pay their respects as the Queen passed up the Royal Mile before lying in state.

On Wednesday, the Scottish Government would only confirm a “decision of this type” would be taken after the “period of national mourning”.

But one senior Government source told the Scottish Daily Express that “Her Majesty’s legacy north of the border needed to be permanently remembered”.

They said that a number of options, including a permanent memorial, were in discussion. 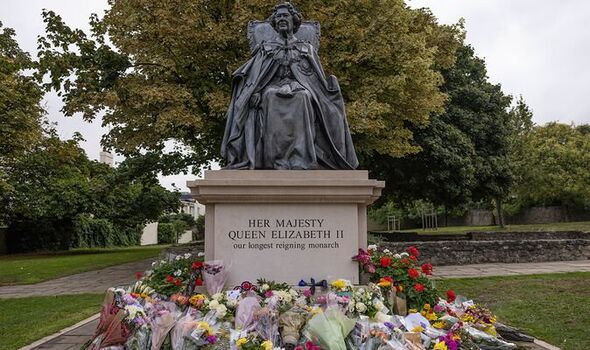 It is understood an exact decision on a location would be expected to be put out in the form of a public consultation and voted on by the people.

Any designs for the future memorial would be undertaken in consultation with the Royal Household.

Edinburgh has been the focal point for events in Scotland to commemorate the life of Queen Elizabeth II after her death at Balmoral last Thursday.

Public servants enacted Operation Unicorn, the contingency plan laying out what would happen if she died north of the border. 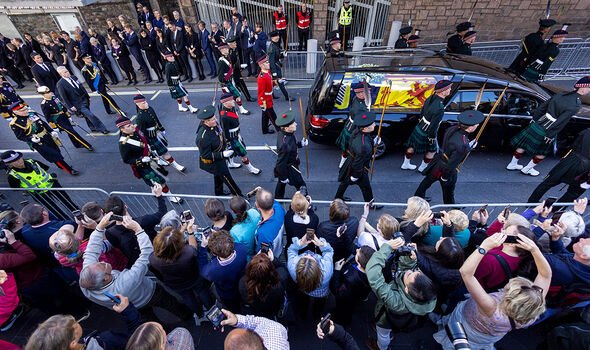 Following the monarch’s death, her coffin was transported to the Scottish capital on Sunday, lying at the Palace of Holyroodhouse before being taken to St Giles’ Cathedral on Monday.

There was a thanksgiving service at the church on Monday, attended by King Charles III and other members of the Royal Family, before a motion of condolence was taken in the Scottish Parliament.

The new King then returned to St Giles’ together with the Princess Royal, the Duke of York and the Earl of Wessex, where they stood in silence in a vigil beside their mother’s coffin.

Political leaders in Scotland showed collective unity over the prospect of a permanent memorial when asked to comment. 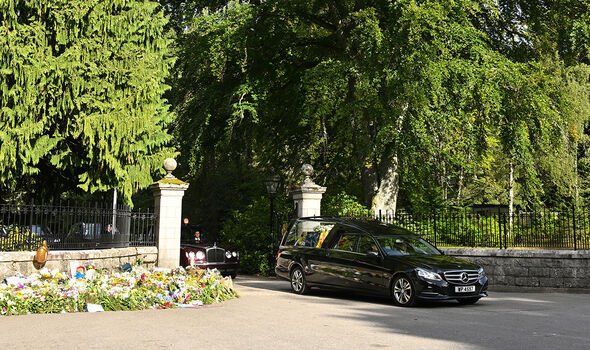 Jackie Baillie, the Scottish Labour deputy leader, said: “Her Majesty the Queen touched the lives of people across Scotland and formed a central part of Scotland’s history.

“It is right that we find an appropriate way to mark her profound impact and commemorate her incredible legacy including a statue or memorial.”

Meanwhile, Donald Cameron MSP, the Scottish Conservative spokesperson on the constitution, said: “The Queen’s astonishing public service and contribution to our history during her unprecedented reign makes some form of permanent memorial entirely appropriate.

“Her Majesty’s love of Scotland has been well-documented, and events of the past few days have demonstrated vividly how mutual that feeling is, so I’m sure the public would welcome a fitting tribute for future generations to enjoy.” 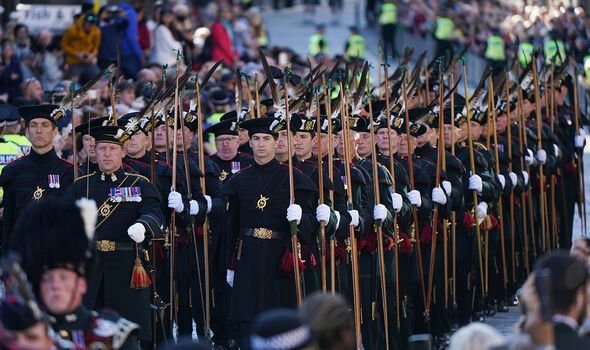 Geva Blackett, an independent councillor in Aberdeenshire, said it would be a “great idea” for a statue near her Balmoral estate.

Cllr Blackett highlighted the “majestic scenes” of the Cairngorm mountains as a worthy backdrop for a statue’s location, reflecting the Queen as a “countrywoman”.

Leading Scottish historian Sir Tom Devine, who was knighted by the late Queen in 2015, said: “I very much welcome this idea and hope that it will in due course become a reality.

“Clearly there are issues involving the location, the nature of the moment and other factors.”

Sir Tom said he was “delighted” on the royal household being consulted which he stressed was “essential”.

He added: “Personally, and this is only one personal suggestion, there seems to me to be two strong candidates for the location.

Huge fire rips through block of flats in east London