Home » Europe » Nearly 10,000 migrants have arrived in UK so far this year 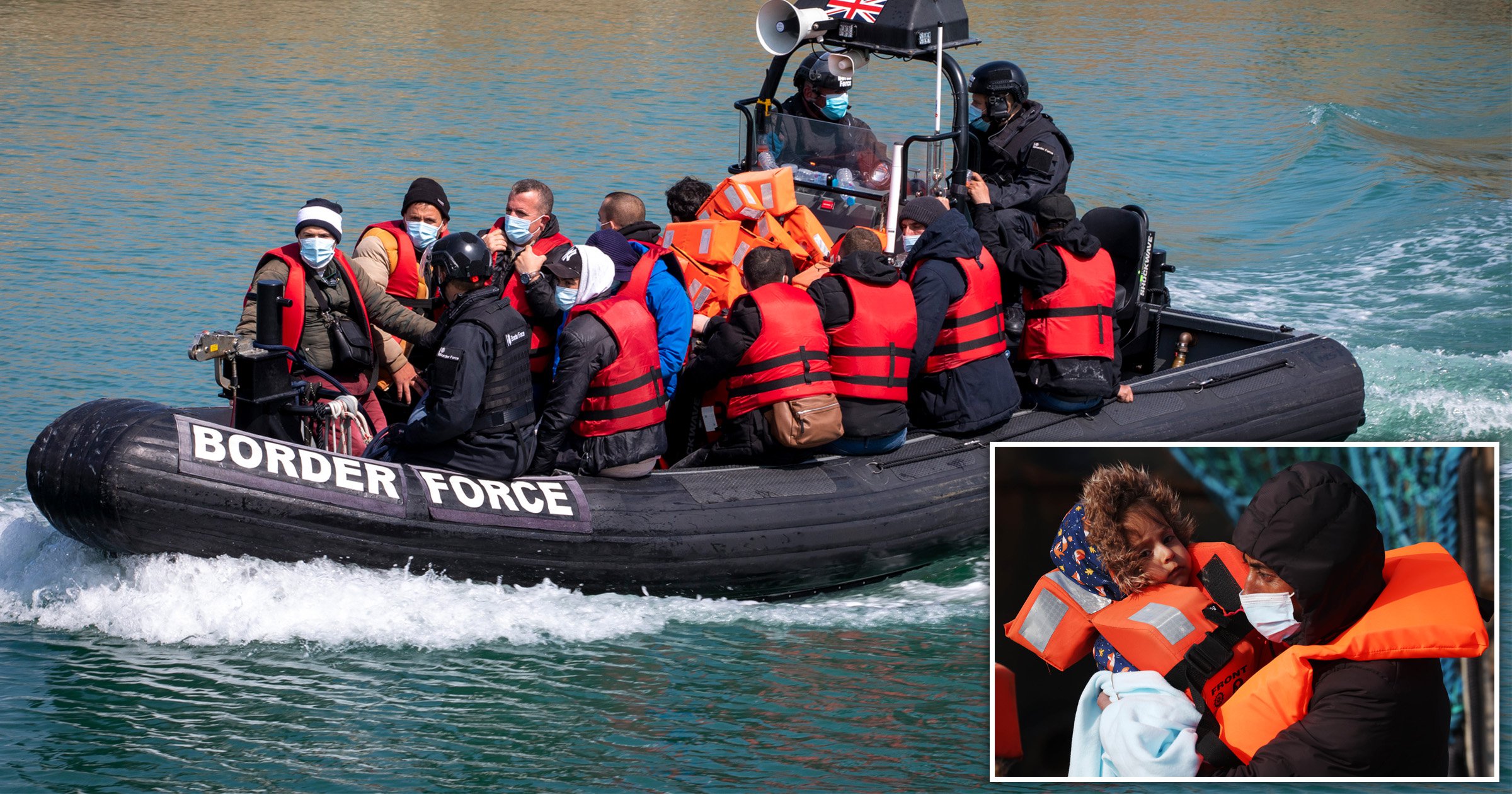 Nearly 10,000 migrants have arrived in the UK after crossing the English Channel since the start of 2022, government figures show.

According to the analysis, 9,988 migrants reached British shores after navigating the busy shipping lanes from France in small boats such as dinghies.

The Ministry of Defence (MoD) also confirmed 40 migrants were brought ashore on Friday on a single boat.

A ‘small boat’ is defined by the MoD as one of a number of vessels used by individuals who cross the English Channel ‘with the aim of gaining entry to the UK without a visa or permission to enter – either directly by landing in the UK or having been intercepted at sea by the authorities and brought ashore’.

Rigid-hulled inflatable boats (RHIBs), dinghies and kayaks are the most common small vessels making the crossings across the English Channel.

Earlier this week it was announced that the Home Office has begun formally notifying migrants of their removal to Rwanda.

The Government described the move as the ‘final administrative step’ in its partnership with the east African nation, whereby people who are deemed to have entered the UK illegally will be encouraged to rebuild their lives thousands of miles away.

Home Secretary Priti Patel said it is expected that ‘attempts will now be made to frustrate the process and delay removals’, but she ‘will not be deterred’ in her plans.

Campaigners were previously boosted by confirmation that flights would not go ahead by the end of May, as originally signalled by Boris Johnson, following action from charities concerned about the policy.