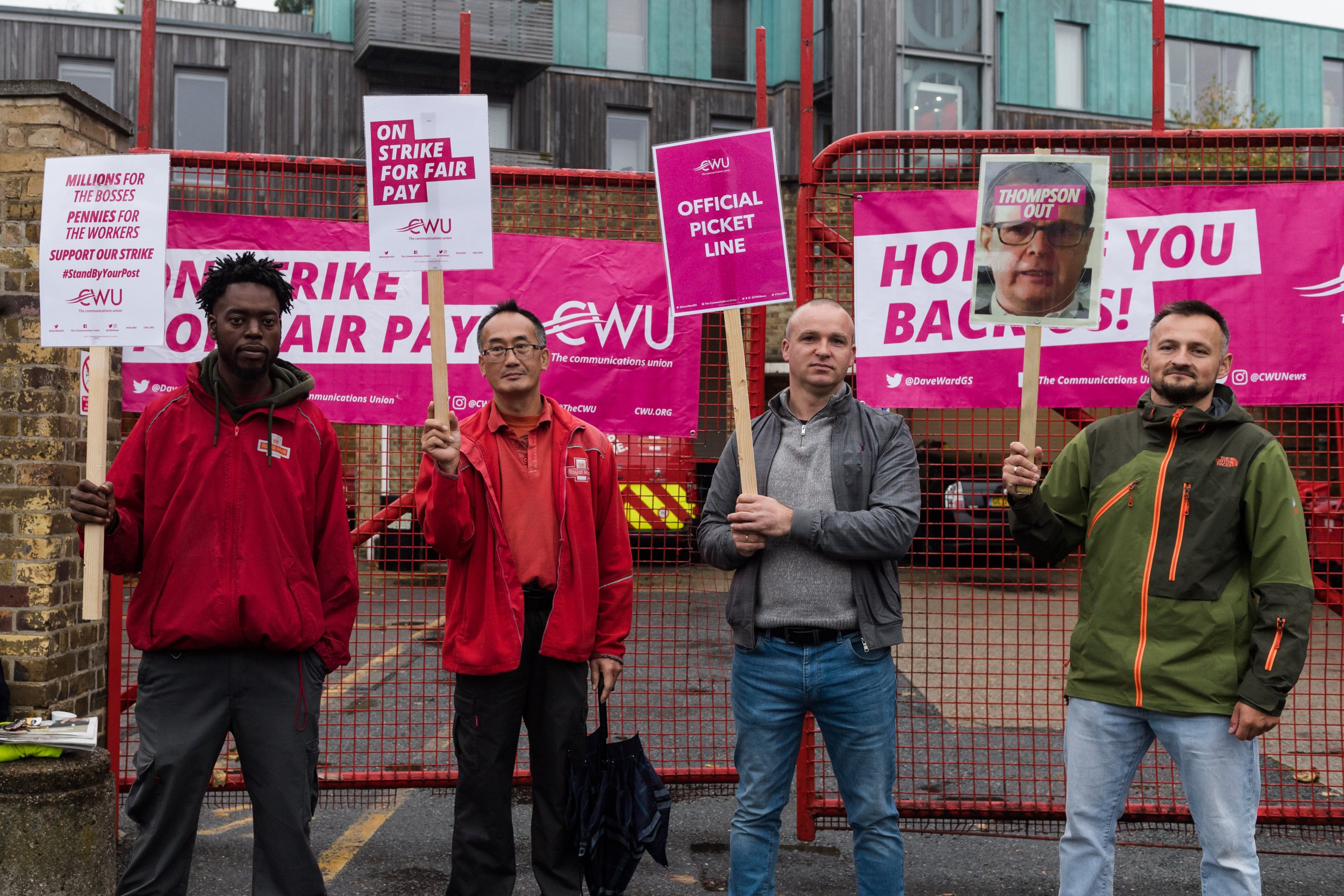 The number of working days lost to strikes in one month has reached the highest in 11 years, new figures have revealed.

This is the highest number since November 2011, according to a report from The Office for National Statistics.

It comes as many workers struggle to cope with the cost of living crisis, including the soaring rate of inflation.

Nurses are preparing to take unprecedented industrial action on Thursday.

Some staff are skipping meals, taking ‘dodgy’ payday loans and are prioritising their children eating over themselves, NHS workers told Metro.co.uk.

Two 48-hour rail strikes will also go ahead this week after pay talks collapsed, it was announced yesterday.

Meanwhile, Border Force staff are set to strike over Christmas at Heathrow, Gatwick and a number of other airports.

Strikes at the Department for Work and Pensions, the Highways Agency and among driving examiners have already been announced.

Around 40,000 civil servants are using food banks and workers ‘have no option’ but to walk out, the general secretary of the Public and Commercial Services union said.

Mark Serwotka cautioned last week: ‘This is a crisis… PCS members come to me, sometimes in tears, saying they can’t afford to put food on the table.’

New data released today has also shown that Britain’s rate of unemployment has risen again and the number of vacancies has fallen back further in a sign of a weakening jobs market.

The rate of UK unemployment rose to 3.7% in the three months to October, up from 3.6% in the previous quarter.

Vacancies dropped by 65,000 in the three months to November to 1.9 million – the fifth quarterly fall in a row and the first annual fall since the beginning of last year.

But the figures signalled that more people are choosing to return to work, with the inactivity rate falling to 21.5% – as those in their 50s opt to go back to work at a time of rocketing costs.

Graveyard dug up by police for ‘archaeological investigation’ – locals ‘concerned’