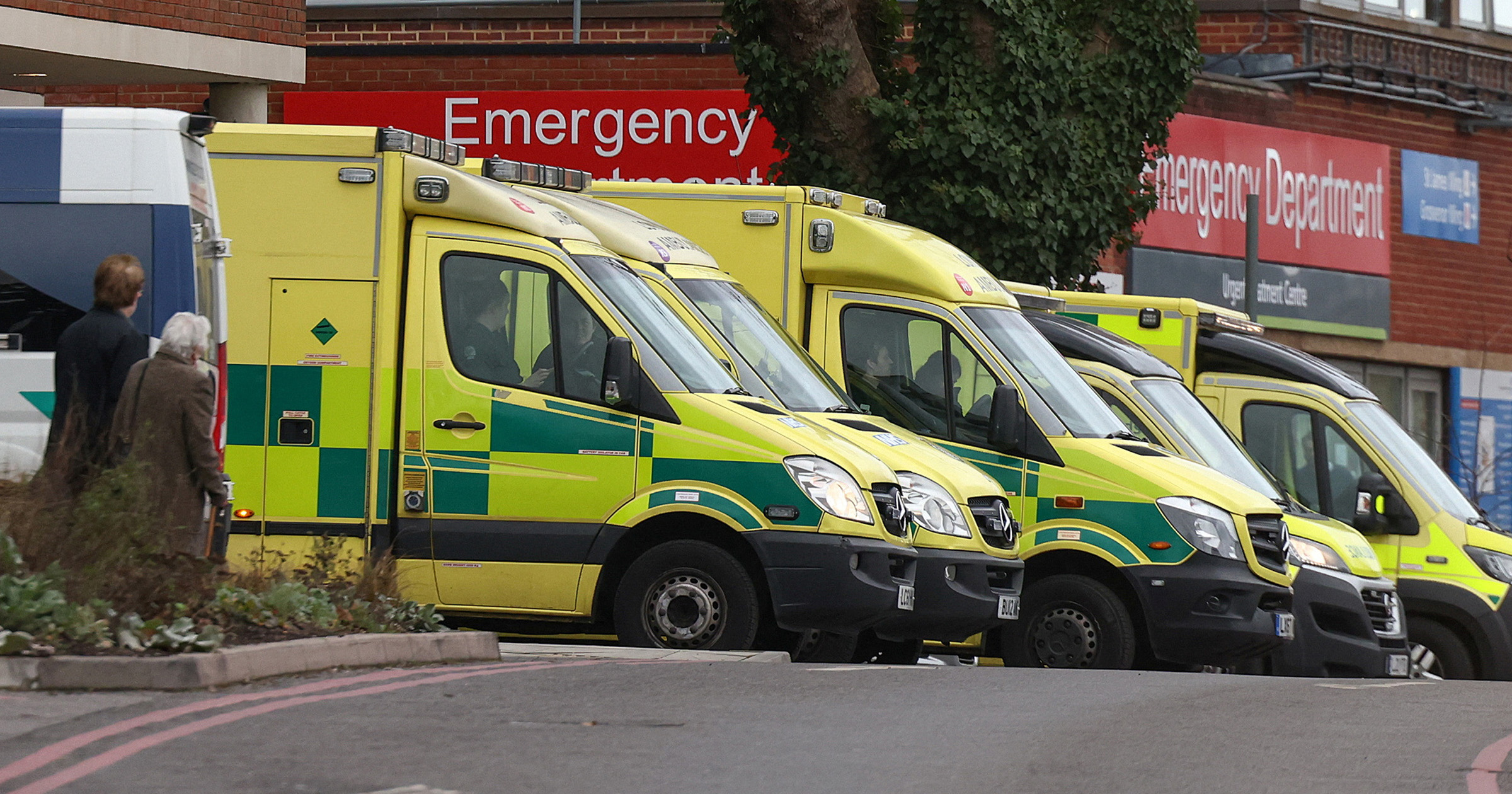 Almost half of ambulances were delayed by more than half an hour dropping off patients at A&E in the week to New Year’s Day.

Figures showed that 44% of ambulances in England were delayed by 30 minutes or more last week – the highest on record.

One in four ambulances faced delays of more than an hour, with more than 55,000 hours lost to ambulance handover delays in total.

The most delay-riddled day was December 28, with nearly 9,800 hours lost, according to urgent and emrgency care situation reports, known as sitreps, published today.

Gloucestershire Hospitals NHS Foundation Trust in the south west recorded the higher number of lost hours at 398 that day.

Of the 69 abmulances that pulled up to A&E, 45 saw drop off delays of more than an hour.

Ambulance handovers – when a patient is dropped off at A&E – should take place within 60 minutes, according to NHS.

At this point in 2021, only one in 10 ambulances suffered delays of more than an hour while 23% waited at least an hour.

An average of 5,105 flu paitents were lying in general hospital beds last week, up from 47% from the week before and nearly seven times the number at the start of December, per NHS England figures.

At the final week of 2021, only 38 patients were in hospital with flu and only two were in critical care.