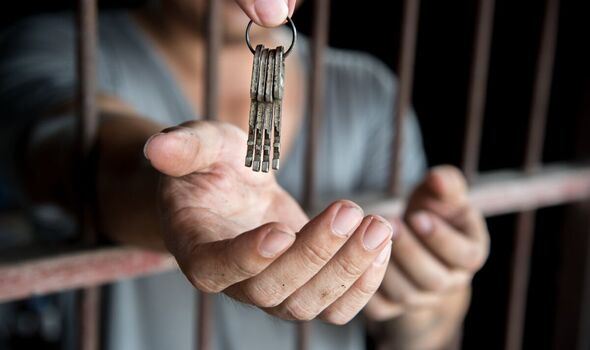 The Ministry of Justice has encouraged prison authorities to give out keys as a reward for good behaviour but the practice was described as “incredible” by Tory MP Philip Davies.

Mr Davies said: “Handing keys to prisoners for their rooms makes it sound more like a hotel than a jail.

“Perhaps they will be introducing 24-hour room service next.”

In some facilities, every inmate has either been provided with a key or offered one. These include Five Wells, a privately run male prison in Wellingborough, Northants, with 1,680 inmates, and Dovegate Prison in Staffordshire, which houses 1,060 prisoners.

Officials say the keys are used to protect the privacy of prisoners by preventing other inmates from entering their cells.

Mr Davies, who uncovered the figures, said: “People would be forgiven for thinking it incredible that any prisoner has a key to their cell, let alone almost half of all prisoners.

“This will only reinforce the view many people hold that the regime in prisons is far too slack and lenient, with a focus on the human rights of prisoners rather than punishing them for the crimes they have committed.”

The move is part of an incentive scheme designed to encourage good behaviour, which can also include allowing inmates to prepare their own meals, take showers when they choose or spend more time in the gym.

A Prison Service spokesperson said: “These keys can only be used to stop other prisoners getting into cells. They have no impact on officers’ ability to lock and unlock doors whenever they need to.”

Discipline remains a problem in Britain’s jails. The most recent figures show there were 1,545 serious prisoner-on-prisoner assaults in the 12 months to June 2022, a 21 per cent rise from the previous 12 months, and 718 serious assaults on staff, an eight per cent increase.

There has also been a rise in the number of ­distilling kits used to brew bootleg alcohol found in cells in England and Wales.

MPs on the House of Commons Justice Com­­mittee are currently holding an inquiry into the high volume of staff quitting the prison service, after the number of officers and custodial man­agers fell by 600 in one year.

The Prison Governors Association has told MPs that the current staff to prisoner ratio “is too low to deliver safe, decent and secure regimes”.