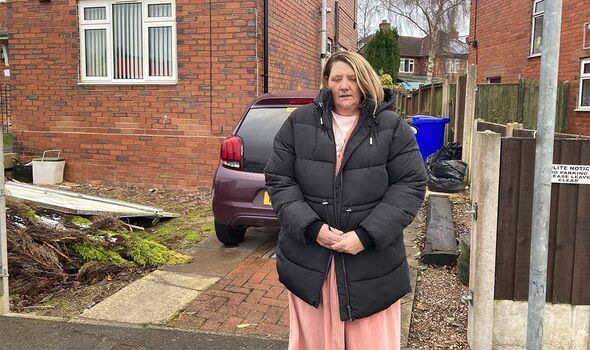 Residents living near a primary school have expressed their relief after their local council introduced a parking permit scheme.

They claim the permits are needed as parents take and collect their children from the nearby school park outside their homes and block their driveways – and often abuse those who complain.

Speaking about Stoke-on-Trent City Council’s new measure, Elsie Kendall, 66, said: “The permits are needed because of the school. You can’t park if you come home because there are cars all the way up the street and there are not supposed to be. I think the permits will make a difference. They are £38 a year. I do not mind paying it.”

Janet Edwards, aged 69, told Stoke-on-Trent Live: “You get so much abuse from parents. They block me in. A woman effed and blinded at me and called me a ‘cow’ and said, ‘What are you going to do about it’? They are just too lazy to park down the road and walk up. I have been here for 18 years. Over the years there have been at least six incidents where children have been hit by cars.

“The nursery even gave me two cones. But parents got out of their cars and chucked them over the road.

“One day I had an appointment at the doctor’s at 9am. I asked a parent to move his car so I could get out. He effed and blinded at me. I was late for my appointment.

“I have had threats. I went up to the school the other week. It is usually the younger ones that you get the abuse from. They do not take any notice. They park on the zigzags. If you say anything you get loads of abuse.”

Mum-of-four Sonil Ferizolli, aged 44, who has two disabled children, said the disabled buses which collect those two youngsters often cannot park near her house. Sonil said: “There are two buses as they go to different schools. Sometimes they cannot park outside. People still park here despite not being able to.”

Susan Worsdale, 55, said: “I welcome the permits as I can’t get on my driveway. I finish work at 2.30pm and I have to try and rush home to get on my drive before the parents block it. Sometimes people park on my drive. It is unbelievable. You get the looks. I tell them I live here. They do not seem to care. I have got a drive. I don’t really need to pay for a permit.

“I have rung the school several times. They say they will have words but it just keeps happening. Last week two cars parked over my drive. I peeped and one of the women looked at me. I said, ‘I want to get on my drive’.”

Katrina Hughes, 45, added: “We live opposite the school but cannot get in and out. If you ask them to move you just get a mouthful.

“The school has tried words but they do not listen to them. They still park there. I do not have a clue what can be done to stop it all. It’s murder in the mornings. It is absolutely crazy. Somebody is going to end up getting seriously hurt. There is not enough car parking at the school.”

Sandon Primary Academy spokesperson said: “For many years we have worked collaboratively with the residents of Harrowby Road and share their concerns regarding the potential for a serious accident to take place.

“As an Academy, we support the parking permits and will continue to remind adults of their role in terms of keeping children safe by not parking in restricted areas.”