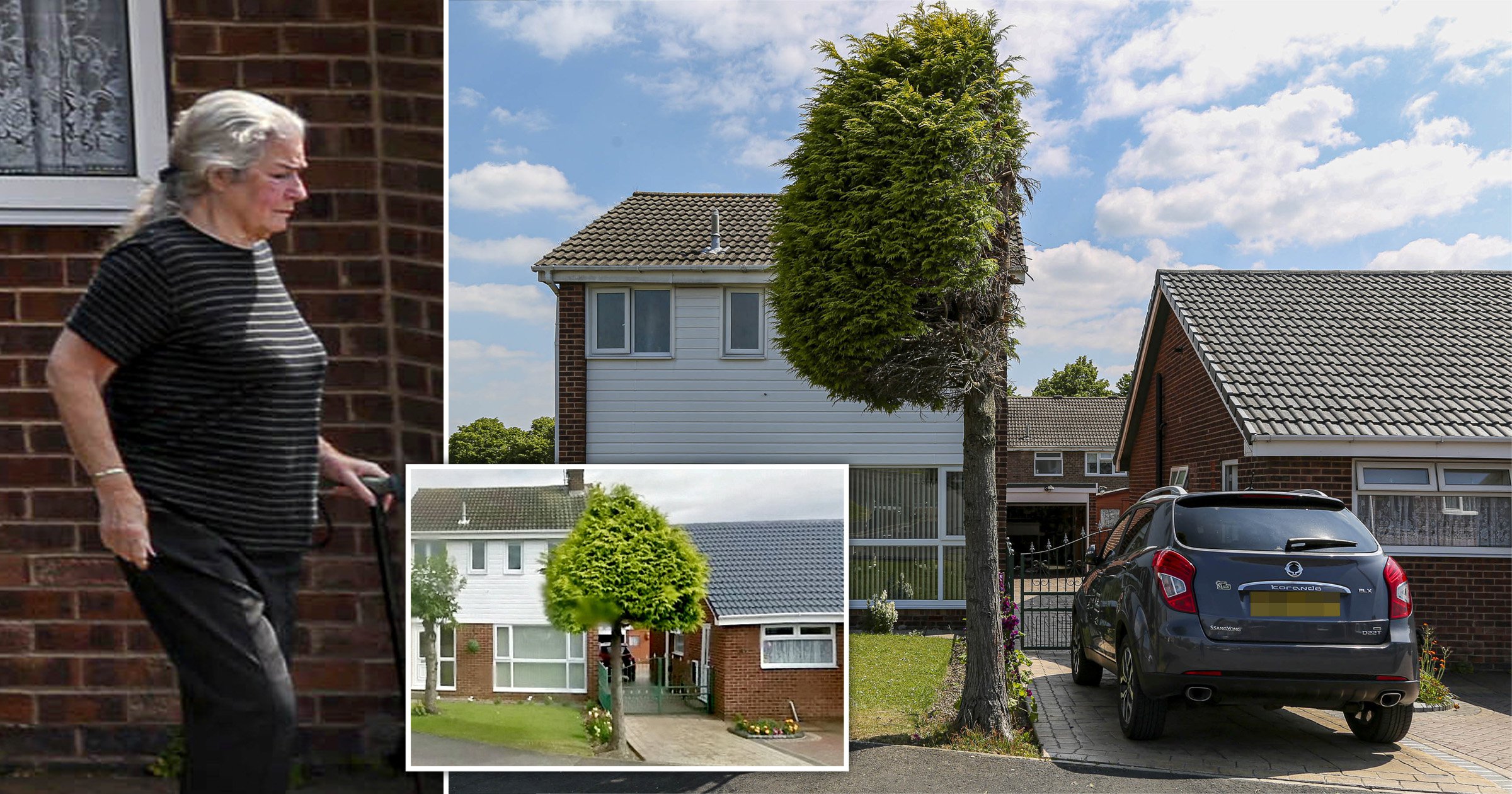 Neighbours who ‘pettily’ sawed a tree in half because they did not want the branches hanging over their driveway have finally spoken out.

A local spat made national headlines in June when Graham and Irene Lee, both in their 70s, hired a tree surgeon to hack away half of a 25-year-old fir tree.

The drastic action came after the couple argued with Bharat Mistry, 56, and his wife over the tree attracting pigeons which made a noise and left a mess outside their home in Waterthorpe, Sheffield.

Now, the Lees have told The Sun they stand by their decision but have started to move on now.

Mrs Lee said: ‘It’s all died down now. It happened months ago. It caused a lot of upset at the time but everyone is trying to get on.’

The couple’s daughter added that she believed her parents ‘did the right thing’ and ‘don’t want to fall out with anyone’.

But the Mistrys say the tree is ‘still a talking a point’ because it ‘looks weird’.

Mrs Mistry said: ‘I’m still annoyed. My tree expert said there is a risk of it not surviving the harsh winter.’

Although the family still says hello to their neighbours, Mr Mistry previously said it is ‘a shame it has come to this’.

During the row, he said: ‘We have never had any issues with them before this, we got on fine. Our children would play with their grandchildren when they were younger, we’ve always got on. He used to bring the bins in for us.

‘It is really sad to look at, because the tree has been there for so long and it’s a really pretty tree.’

The couple said they were ‘devastated’ when the tree was chopped down.

Mum-of-two Mrs Mistry said: ‘[The Lees] started saying the branches were hanging over and there was too much mess and noise from the pigeons it was attracting. What do you expect? They’re birds!’

Other locals in the area agreed the neighbours are ‘quite clearly’ still at ‘loggerheads’.

Whilst some residents empathised with wanting the tree ‘to be left how it was’ and others ‘sympathised with pigeon poo dropping on a car’, they all said they did not want to get involved.

One man said: ‘They’re lovely people living here, we feel safe and sound and don’t want to rock the boat.’

‘Why?’ Ferrari stunned as excluding colleagues from drinks ‘could be regarded as bullying’

Italy kicks off vaccinations against Covid-19 in Rome