Phillip Schofield jokes that the EU 'hates the UK' 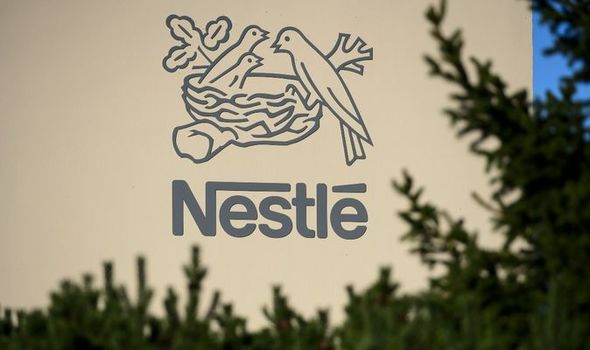 Instead the jobs will be moved to the EU, though Nestle has pledged to spend another £29.4million on its Halifax and York facilities.

The plans have been strongly condemned by the GMB union which branded them “sickening”.

Under the plan Nestle will close its Fawden factory, which produces the iconic Fruit Pastilles, putting 475 jobs “at risk, subject to consultation”.

Another 98 jobs could be cut from its facility near York.

In a statement the company said: “Nestle Confectionery has an ambitious business strategy in the UK and these proposals are intended to support our long-term success in an increasingly competitive category.

“We have chosen to announce these proposals as early as possible to provide the maximum time for consultation with our colleagues and trade unions.”

Nestle insisted the announcement is not linked to the European Parliament voting to approve the Brexit trade deal which came into effect last December.

The GMB union hit back claiming lives are being “ruined in a ruthless pursuit of profits”.

Nestle said it’s Fawdon factory will close “towards the end of 2023”.

The company said it is “home to many smaller, low-growth brands” and has a “diverse and complex mix of production techniques”.

They added: “In contrast, our factories at York and Halifax have clearer specialisms and manufacture some of Nestle’s biggest brands.”

Some 9.2 million will be invested in Nestle’s Halifax site allowing it to “take on the largest portion of Fawdon’s current production”.

Additionally £20.2 million will be spent in York, where KitKat’s are produced, to “modernise and increase production”.

Nestle said it released the news “as early as possible” to allow “the maximum time for consultation” with those impacted.

A number of customers expressed their shock at the decision on social media.

One tweeted: “Time to stop buying KitKats then.”

Another added: “Time to switch your purchases to other producers.”

However a third twitter user focused on the increased investment commenting: “Great news for York and Halifax.”

Female pilots told to choose between abortion and losing out on work, says union chief