Harry and Meghan’s decision to step back as senior royals stunned fans and members of the Firm alike. The pair made their announcement back in January and officially stepped down on March 31. They’ve now started their new lives in Los Angeles — where Meghan grew up — but just as the dust is beginning to settle, some royal insiders have suggested the release of a new biography this week could revive tensions between the Sussexes and the Royal Family.

‘Finding Freedom’, written by royal reporters Omid Scobie and Carolyn Durand, has caused reports of a renewed rift between the different households to flare up again.

Extracts of the biography detailing Harry and Meghan’s decision to leave the Royal Family and start afresh have been published in The Times and The Sunday Times over recent weeks.

Despite placing a more fair and positive light on the couple it may also highlight a similarity they have with some former royals, as commentator Camilla Tominey explained back in June.

She wrote: “As they forge new careers as private citizens in the US, the couple will face similar challenges to Wallis and Edward, as they reposition themselves as ‘former’ royals.” 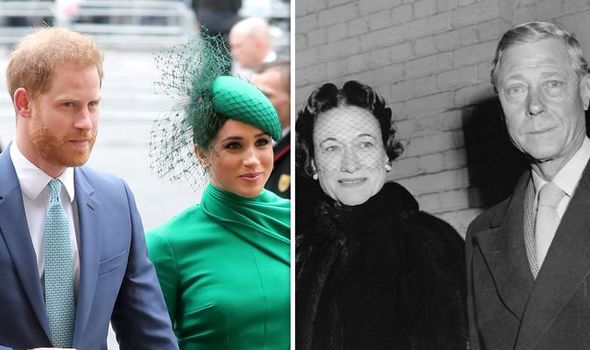 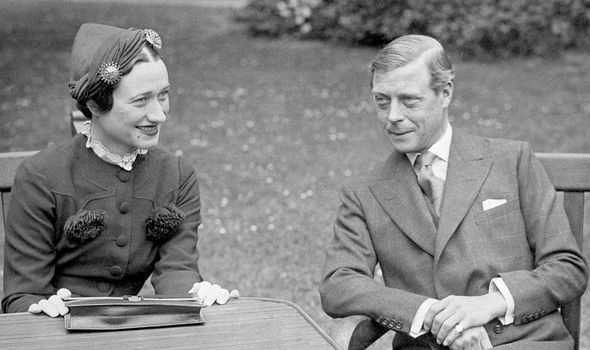 Edward inherited the throne in 1936 but abdicated 11 months later after the Government prevented him from marrying his twice-divorced American love, Wallis Simpson.

Yet, as Ms Tominey pointed out, Edward and Mrs Simpson were “in exile” in France after the abdication, while the Sussexes are “relaunching themselves in a country where they already have an impregnable support base”.

The commentator added the Sussexes’ real test is whether they can “emerge from the shadow of the House of Windsor”, a feat Edward and Mrs Simpson never achieved.

Ms Tominey explained the pair were “reduced to spilling secrets in a series of misguided memoirs that only served to further drive a wedge between them and their royal relatives” in the years after the abdication.

However, some have argued this sounds similar to ‘Finding Freedom’.

READ MORE: Harry may use ‘extraordinary individual’ classification for US visa 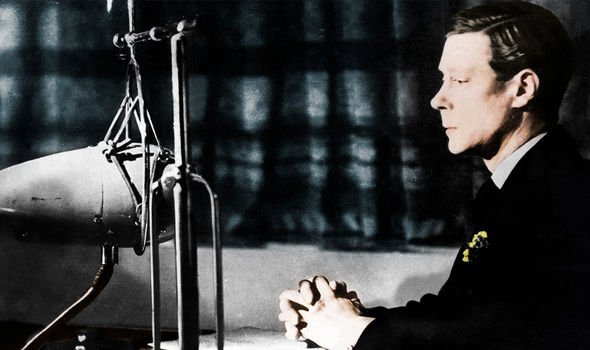 It must be noted that both the Sussexes and the book’s authors deny collaborating for the text and claim the reporters wrote the account based on their own experiences as official members of the royal press corps.

Still, the book includes plenty of intimate details of their relationship as well as insight into their departure from the Firm, due to the authors’ access to the couples’ inner circle.

In the biography, the authors claim Prince William once made comments about Meghan which Harry felt were “snobbish”, and which triggered the deep rift between the two brothers.

The book also included suggestions the Palace feared the popularity of Meghan and Harry would “eclipse that of the Royal Family itself”, and so held them back.

Details into the alleged fallout between Meghan and Kate were also unveiled, as the book claimed that there was no actual dispute between the women, but they just did not see eye to eye. 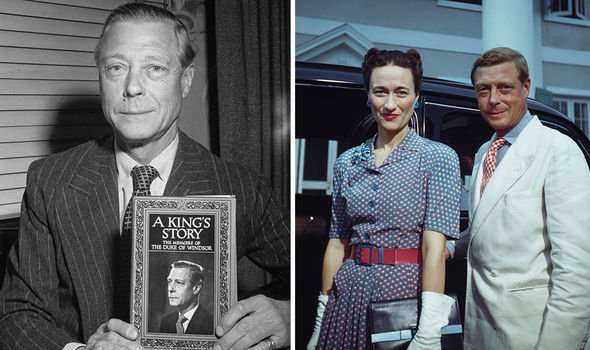 However, it did suggest that by the time of the couples’ final engagement in March, at the Commonwealth Day service, Kate refused to even make eye contact with Meghan.

William, too, barely acknowledged his brother at the service, according to ‘Finding Freedom’.

Kate and William’s allies immediately lashed out, and explained the Duchess of Cambridge had been “left reeling” from the book’s allegations, while Andrew Morton said she was “devastated” by the feud.

A source told US Weekly: “William thinks the book is their calculated way of controlling the narrative and that they took advantage of their entertainment contacts so they’d be painted in a favourable light.” 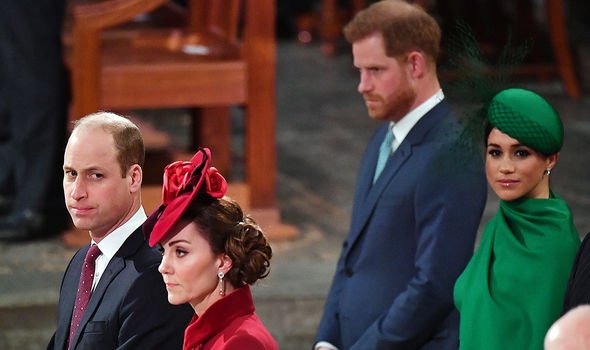 However, writing in The Telegraph in July, Anna Pasternak explained that, so far, the book has not delivered any “bombshell revelations” which rival Princess Diana’s ‘big reveal’ moments from Andrew Morton’s 1992 ‘Diana — Her True Story’ which sent shockwaves through royal spheres.

She added: “Although ‘Finding Freedom’ makes the claim that the Sussexes are ‘unafraid to break with tradition’, there is solid form in the varying form of royal biographies.”

Ms Pasternak then mentioned the Duke of Windsor’s decision to publish a memoir in 1951, when it became clear the Firm would not welcome him back. 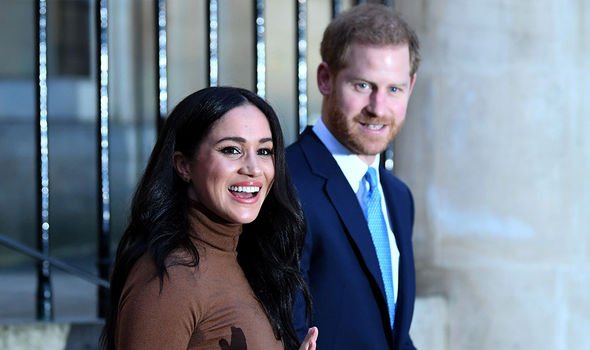 She pointed out that he was “fueled by a sense of injustice”, potentially like the Sussexes, when he released ‘A King’s Story: The Memoirs of The Duke of Windsor’.

Just like the alleged reactions from Kate and William, the Royal Family were supposedly stunned by Edward’s book, according to his former equerry.

However, the Sussexes have been clear that they “did not contribute” to ‘Finding Freedom’ which makes it significantly different compared to Edward’s 1951 memoir.

‘Finding Freedom’ is to be released on August 11.