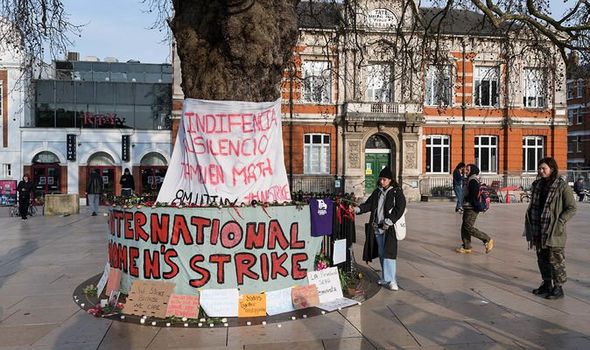 It aims to address their crimes, while “making sure victims’ voices are heard”. Investigators will uncover and tackle the reasons why perpetrators offend, with the multi-agency unit then aiming to change their behaviour.

The initiative is being launched with £402,000 of Government funding and will be jointly led and monitored by Sussex Crime Commissioner Katy Bourne and Sussex Police.

Miss Bourne, who was once the victim of a stalker, said: “Before this unit, there was no specialist partner intervention for those who continually abuse and, as a result, we saw far too many perpetrators in Sussex slipping through the criminal justice net, going on to reoffend and hurt more people.

“As a partnership we are determined, from today onwards, to challenge and change domestic abuse perpetrators in a way that lasts.”

A force spokesman said: “We applaud the work of media outlets such as the Express in highlighting the issue and showing what can be done.”

Last year in Sussex, there were 21,000 reports of alleged domestic abuse.

But the crime has only a four percent conviction rate.

Now a trained team of officers with a background in detecting and supervising offenders in the community, will be joined by multiple agencies.

They will include a mental health worker, a drugs and alcohol specialist, an independent domestic violence adviser and officers from rehabilitation experts Seetec Justice.

Victims and their families will be offered support and an adviser will keep them informed throughout.

Detective Chief Superintendent Steve Rayland said: “We want to work with perpetrators to change and modify their behaviour and educate them about healthy relationships.

“However, those perpetrators who continue to offend will still be investigated and, where there is sufficient evidence, positive action will be taken, including prosecution.

“Domestic abuse isn’t acceptable and will not be tolerated, but through this programme those who want to change will have the opportunity to do so.”

It is estimated that 40 of the worst abusers will now receive tailored intervention this year.

Particular focus will also be placed on alcohol and substance abuse.

The Daily Express has campaigned through its End This Injustice crusade for greater protection for domestic abuse victims and has already won a Government pledge to overhaul the family courts to protect them.

Kate Middleton ‘not eclipser’ as William marriage placed under microscope