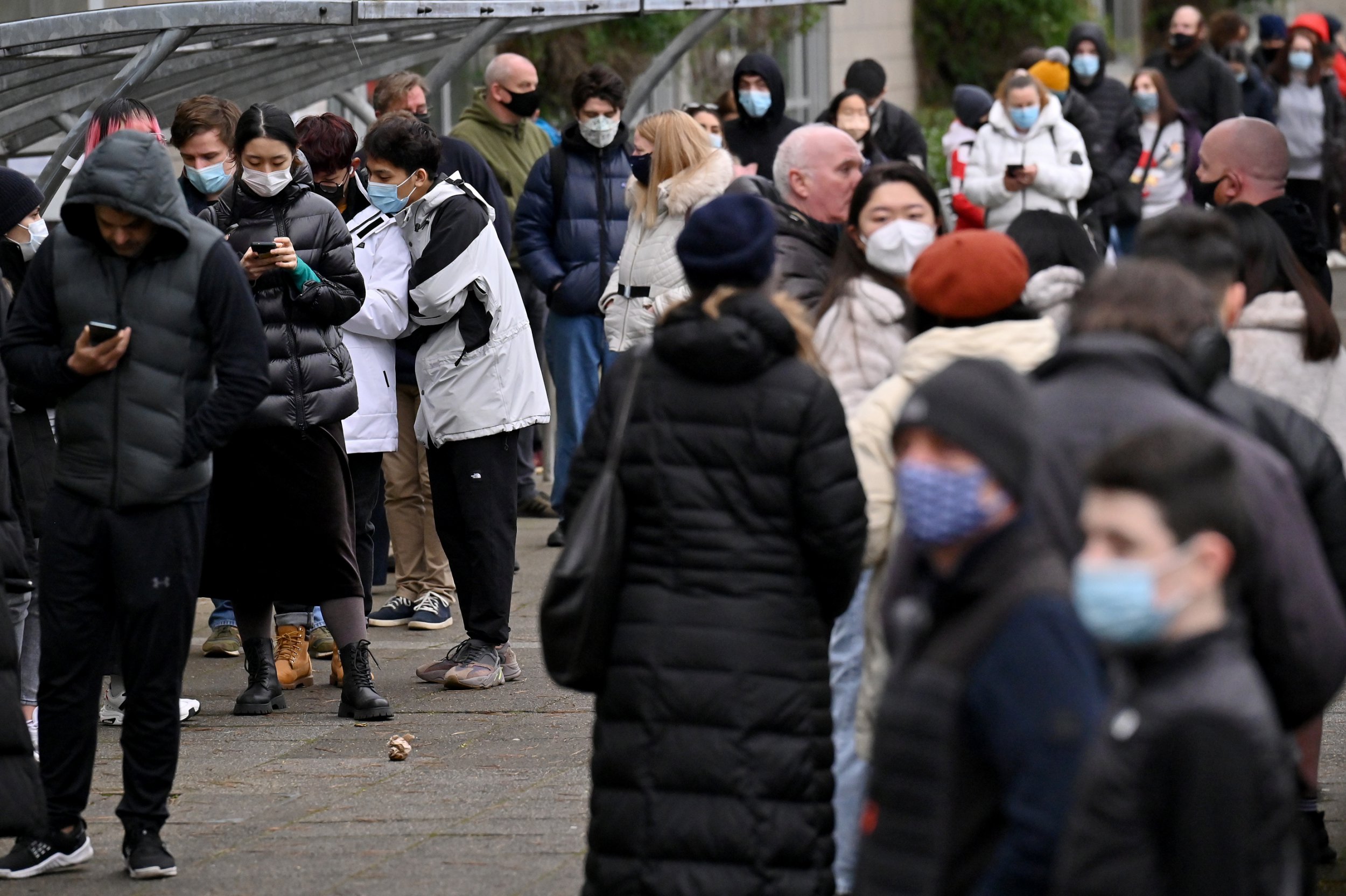 The UK has confirmed another 3,201 new cases of Omicron variant in the past 24 hours.

It brings the total number of confirmed cases of the new and highly transmissible Covid strain in the country to 14,909.

Health experts have warned that the true number of cases in the community is likely to be higher than the official toll.

Yesterday saw the highest ever daily total of Covid infections – with 88,376 positive results.

It represented a 31.4% rise week-on-week, although this is partly because so many more tests are being taken.

The current rate means that every 10 infected people will on average pass the virus to between 10 and 12 others. An R rate below 1 means the outbreak is in decline.

All eyes are watching whether Omicron causes severe disease among the tens of thousands now infected, which could put a huge strain on the NHS.

Yesterday Professor Chris Whitty, said there is now enough evidence to suggest the new strain is at least no more serious than Delta.

England’s chief medical officer warned it is too early to suggest it is less deadly. During a select committee hearing, he told MPs: ‘It may be slightly milder, it may be the same. We don’t know.’

Meanwhile British researchers have analysed the likely impact having the booster shot will have on Omicron.

Scientists from Imperial College London say it could provide 85% protection against severe illness from the variant.

While the protection from vaccines is a bit less compared to previous versions of the virus, early data suggests a top-up dose should keep many people out of hospital.

Doctor accused of ‘profiteering’ after raking in £2.5m in a week from coronavirus tests