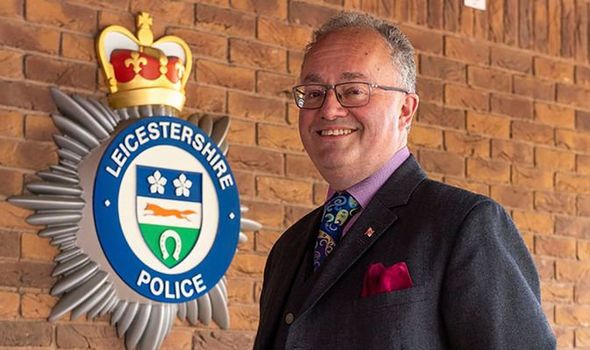 Rupert Matthews, Leicestershire Police’s new Police and Crime Commissioner, met with the force during his first week in office and shared his thoughts in a diary-style piece for the Conservative Home website. In it, he describes how he feels Black Lives Matters (BLM) has succeeded in “putting police officers in hospital” and “desecrating the cenotaph in London”.

And, as Leicestershire Live reports, Mr Matthews adds: “Hang on. Why are we meeting an organisation that wants to defund the police, has put police officers in hospital and desecrated the cenotaph in London?

“Come the meeting, I have a dozen or so faces looking at me from the Teams screen.

“Any Other Business. Yes, I say. As of now this organisation will have absolutely no contact at all with Black Lives Matter.

“There is a deathly silence. Meeting over, the screen goes blank.”

Mr Matthews, a former Conservative Member of European Parliament, was elected in the role to scrutinise the work of Chief Constable Simon Cole and his team.

His ban on BLM only applies to the people employed in the Office of the Police and Crime Commissioner, not to police officers, including Mr Cole and other senior officers, it is understood.

However, his move has been supported by taxpayers in Leicestershire, many of whom have expressed their pleasure online.

Another shared: “Brilliant, time to replace the freeloading clowns with proper scrutiny and accountability.”

Mr Matthews has also decided to freeze a number of spending decisions made by his predecessor, Labour’s Lord Willy Bach.

“I put a stop on all expenditure until I have had a chance to look at the projects.”

Leicestershire Police said Mr Matthews has no say in operational policing and the ban only applies to staff in his office in the Enderby area of the county.