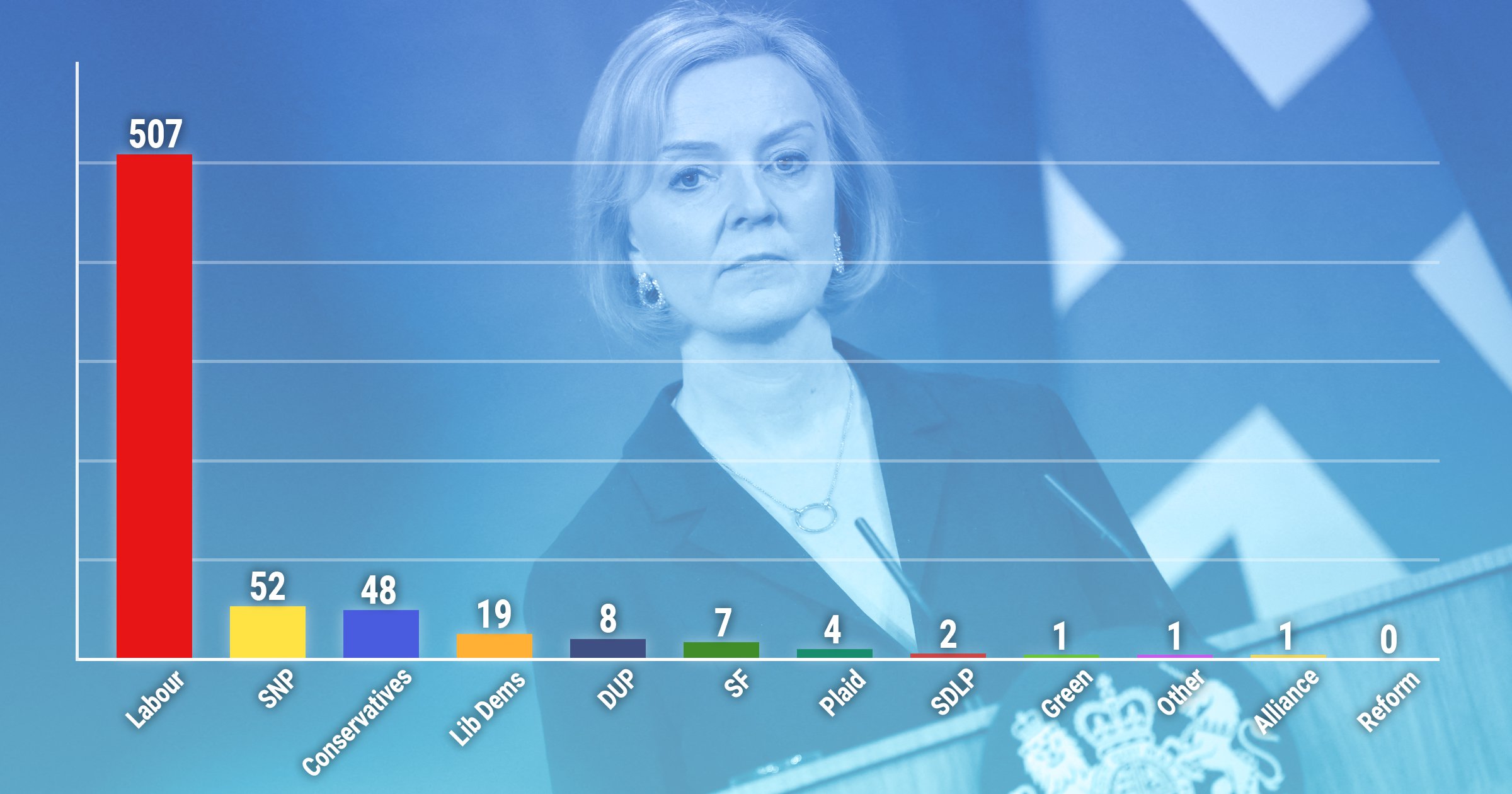 A major new poll has predicted the complete annihilation of the Conservatives at the next general election – to the point where they wouldn’t even be the opposition party.

If the poll played out at a real general election, the Labour Party would be set to gain an unprecedented 364-seat majority, leaving the current governing party with just 48 seats.

The Scottish National Party (SNP) would have 52 seats – making it the official opposition.

The data came from a ‘poll of polls’ conducted over the weekend, which sampled 11,538 people.

Under new ‘advanced modelling’ methods, Electoral Calculus used the data to predict if an election were held tomorrow, Labour would win 507 seats.

Even in the best-case scenario predicted by the data, the Conservatives would still be left with less than 200 seats.

To make matters worse for the Tories, the data was collected between September 26 and 30 – two weeks before prime minister Liz Truss sacked her right-hand man Kwasi Kwarteng and was forced to scrap key parts of her mini-Budget after it sent the economy into meltdown.

A similar outcome to the poll would see the Conservative Party lose every single one of the ‘Red Wall’ seats it gained from Labour in 2019, along with the departure of major government ministers such as Boris Johnson, Priti Patel, Jacob Rees-Mogg, Therese Coffey and new chancellor Jeremy Hunt.

Meanwhile backbencher Crispin Blunt told Andrew Neil on Sunday ‘the game is up and it’s now a question of how the succession is managed’.

A former Cabinet minister told MailOnline: ‘The problem is that her advisers will doubtless be working on a plan to get her out of this, but totally oblivious to the fact that it is all over.

‘I think it will be Brady, putting pressure on her that the rules will be changed unless she goes.

‘The Cabinet is full of her mates and supporters who are too weak to tell her to go.’

‘Right back where we started, just far less popular than before.’

The Tories’ worst defeat in the last century was in 1997, when they won just 165 seats.