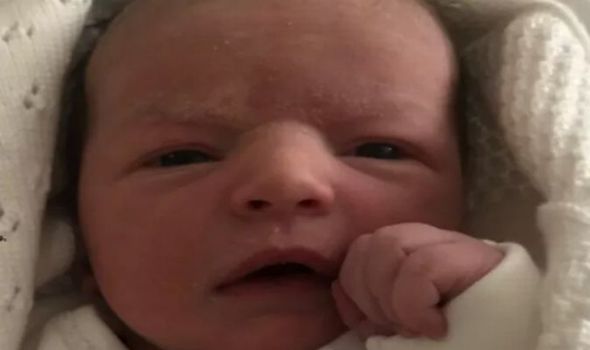 Dottie Eloise Adamson suffered a ‘major’ collapse after being born at Burnley General Teaching Hospital on November 30 in 2018. Two weeks after being born, her parents, Rebecca Curwen and Chris Adamson, were left bereft when she died.

An inquest into Dottie’s death began today at Accrington Town Hall, where the parents learnt that they lost their child because of “communication issues.”

Doctors at Burnley spotted a gap in Dottie’s diaphragm from an X-ray but failed to follow up the abnormality with a CT scan. They believed that was a job for St Mary’s Hospital in Manchester, where Dottie was due to be transferred.

The inquest heard that a CT scan would have revealed a rare heart defect which eventually caused Dottie’s death. But her transfer to the specialist hospital was delayed for three days because of “communication issues”.

Mr Adamson and Ms Curwen said Dottie did not receive “any treatment” while waiting to be transferred.

Mr Adamson said: “Why was she in hospital but not getting any treatment? There were so many periods of us being told ‘we’ll just wait’. We could see as parents she wasn’t stable. We were there every second of every minute of every day and we could see her getting worse.”

He believes Burnely “washed their hands of her, thinking Manchester would take over.” It was every parent’s worst nightmare as they watched their daughter “getting worse and worse with nothing being done.”

The abnormality in Dottie’s heart caused high blood pressure in the lungs and pulmonary hypertension. Dottie was intubated at Burnely and when she finally got to Manchester she was “the sickest baby on the unit”.

Coroner Richard Taylor suggested to Dr Savithiri Sivashankar who looked after Dottie that they were hoping for an earlier transfer. To which Dr Sivashankar agreed.

The inquest heard that doctors at Burnley had used the incorrect pathway to refer Dottie to St Mary’s which resulted in the delay.

Ms Curwen said: “We were repeatedly told ‘it’s out of our control and it’s all to do with funding for the NHS’. It’s heart-breaking to be told your child’s life comes down to money.”

During the inquest, Dottie’s parents said they were not kept informed about their daughter’s care and treatment during her time at Burnley Hospital. The parents, and even Mr Adamson’s Mother at one point, rung the hospital most days begging for the transfer.

Consultant neonatologist Dr Ian Dady said: “I am very sorry that you had to go to those extremes to organise a bed, it shouldn’t be down to families to do that.”

Dottie also had severely high potassium levels in her blood which the specialist hospital was not told. Dr Dady said it was an “oversight” this was not picked up.

He said since Dottie’s death, the referral process has been changed to prompt doctors to record the blood levels of potassium.

Dr Melanie Newbold who carried out a post mortem examination on Dottie after she died concluded that the cause of death was brain damage caused by cardiac arrest which was likely caused by pulmonary hypertension.

The inquest heard that East Lancashire Hospitals Trust (ELHT), which runs Burnley General Hospital, has since implemented several changes after following Dottie’s death and the joint review with St Mary’s.