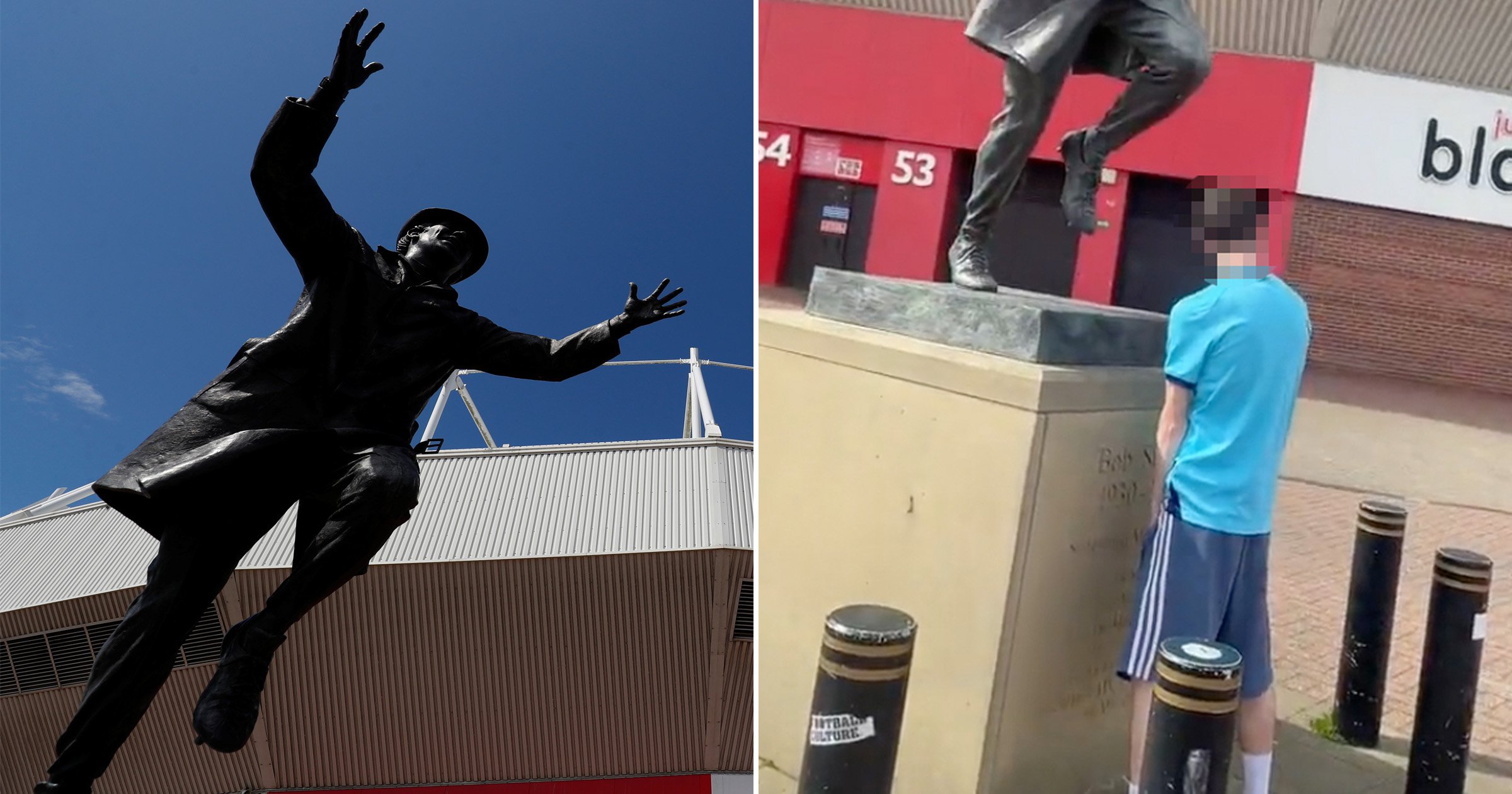 A man is due in court after a Newcastle fan was filmed allegedly urinating on a statue outside Sunderland’s Stadium of Light.

Thomas Fleet, 21, was charged with disorderly conduct and criminal damage after footage of the incident went viral.

The video appeared to show a man in a Newcastle United shirt urinating on the memorial of Sunderland legend Bob Stokoe outside the stadium.

Fleet is due to appear before magistrates in South Tyneside today.

Ironically, Stokoe is also a hero on Tyneside, having made 261 appearances for Newcastle and winning the FA Cup in 1955.