A banner unfurled by Crystal Palace fans ahead of Saturday’s draw with Newcastle, protesting the recent Saudi-led takeover of the Tyneside club is being investigated by police.

The graphic sign, held up at Selhurst Park, showed a man wearing Arab-style clothing wielding a bloodied sword about to behead a magpie, as faceless supporters in the background sing: “We’ve got our club back.” 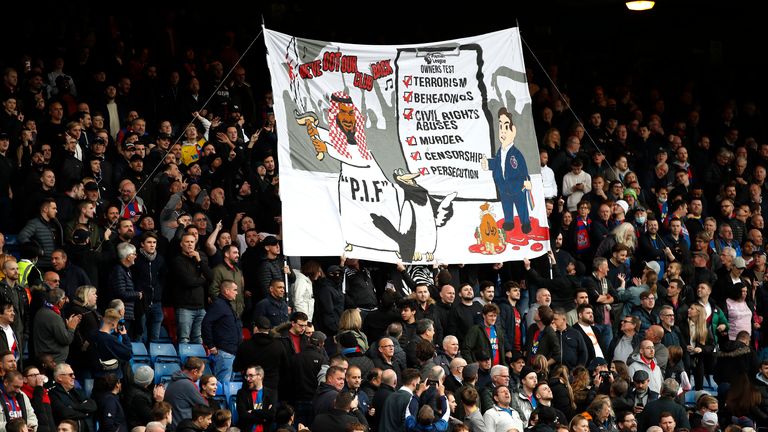 It listed offences the regime is accused of by human rights groups – terrorism, beheading, civil rights abuses, murder, censorship and persecution – which were all ticked off on a clipboard under the heading “Premier League Owners Test”.

The top-flight league’s chief executive Richard Masters is also depicted giving a thumbs-up to a bag of cash, standing in a pool of blood.

It comes after the controversial go-ahead was given for a consortium led by Saudi Arabia’s state sovereign wealth fund – known as the Public Investment Fund or PIF – to take control of Newcastle United in a £300 m deal, earlier this month.

This was despite the closeness of the fund to the Saudi state, which has faced criticism over its human rights record.

PIF is chaired by Saudi’s de facto ruler Crown Prince Mohammed bin Salman, who was linked to the gruesome 2018 murder of exiled journalist Jamal Khashoggi, although he has denied any involvement. 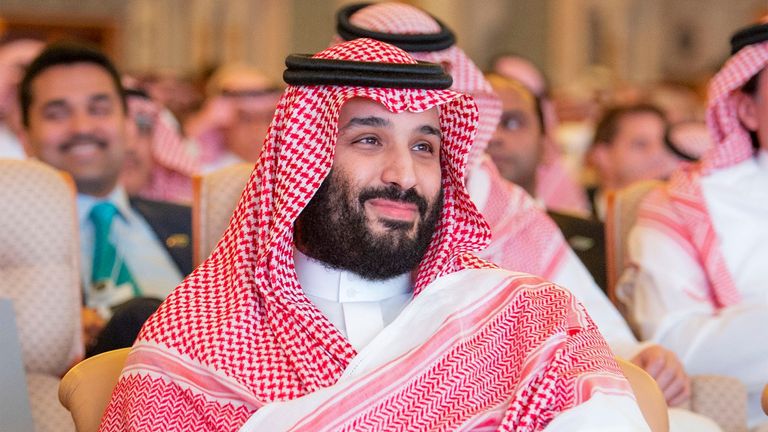 “Officers are assessing the information and carrying out enquiries. Any allegations of racist abuse will be taken very seriously.”

Palace supporters’ group Holmesdale Fanatics released a statement after the banner was unveiled.

It said: “The Saudi led takeover of Newcastle has rightly received widespread condemnation and anger.

“To give the thumbs up to this deal at a time when the Premier League is promoting the women’s game and inclusive initiatives such as rainbow armbands, shows the total hypocrisy at play and demonstrates the league’s soulless agenda where profits trump all.”

Proud and Palace, the club’s official LGBT+ supporters group, also posted a video on its Twitter account which highlighted the case of Suhail al Jameel, a gay man reportedly imprisoned in Saudi Arabia.

A spokeswoman for the group said: “We don’t believe these owners have a place in the Premier League and we want to keep raising awareness.”