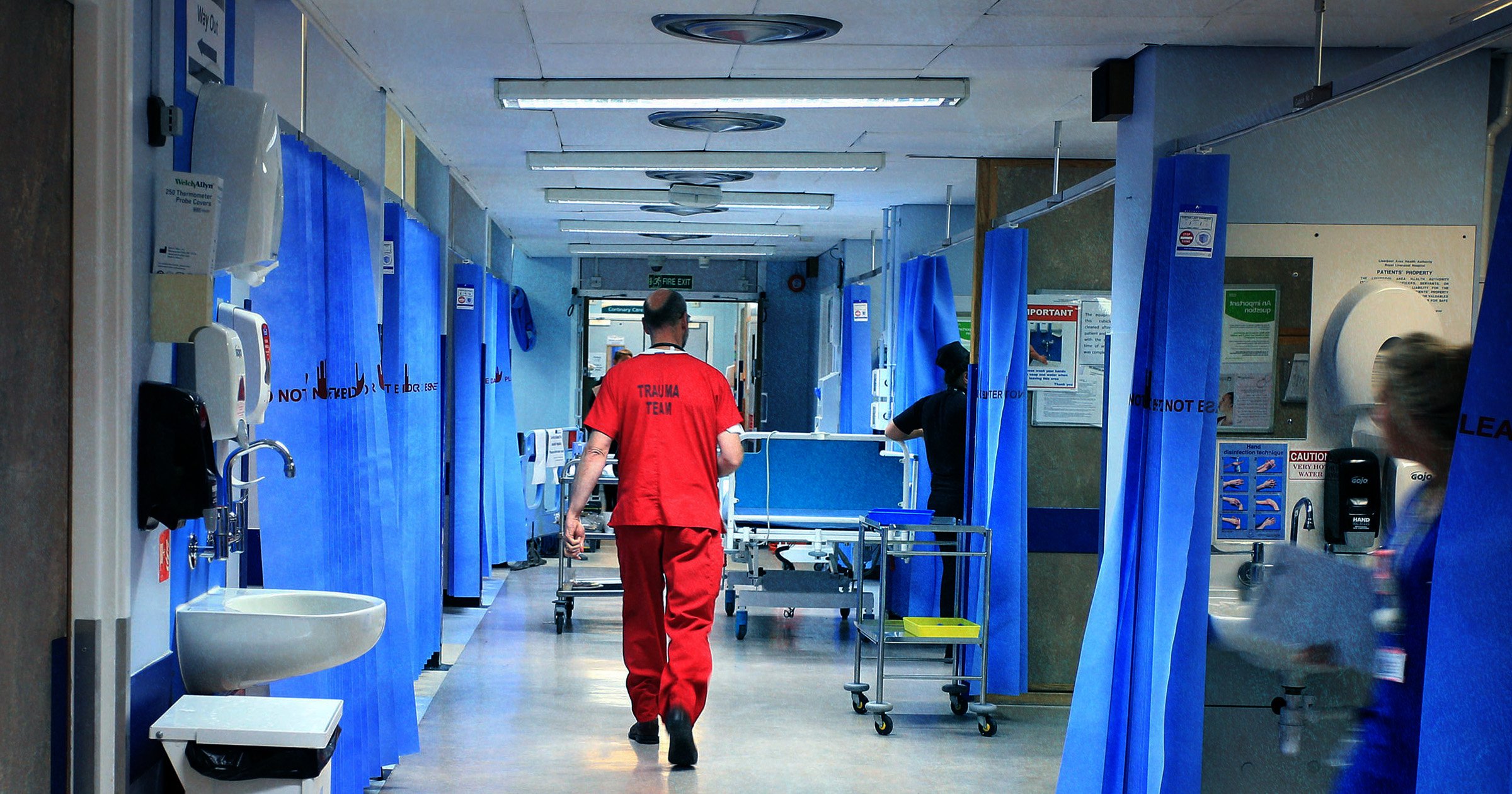 People will be urged to avoid A&E where possible this winter, as the NHS battles to get waiting times under control.

Hospitals have been told to prepare public health campaigns to help ‘minimise’ pressure on emergency departments.

A great-granddad in Cornwall recently waited 15 hours for help after he broke seven ribs and cracked his pelvis in two places.

Pictures of a make-shift shelter for the 87-year-old, created by his family as they awaited an ambulance, were shared widely on social media.

Doing so recognises ‘pressure on the NHS is likely to be substantial, particularly in urgent and emergency care’ she added.

Attached information to Ms Pritchard’s letter asked hospitals to ‘implement your winter communications strategy to support the public to minimise pressures on urgent and emergency services’.

According to the Daily Telegraph, the new public health campaign will come in the form of a renewed ‘help us help you’ directive.

It will urge the public to be sparing in its use of 999 and A&E services, using them only for emergencies, the newspaper reports.

Last year the NHS used TV adverts, social media posts and billboards to promote the use of NHS 111 online for urgent issues which are not-life threatening over going to A&E.

The Covid-19 pandemic had caused waiting lists to mount and figures are still climbing – in June, the number of people who had waited for two years or more to receive treatment stood at around 6,700.

One source told Manchester Evening News: ‘The issue is in the community – access to social care, nursing and care home capacity, and the demand on the hospital and staff as a result of a pandemic that stretches into its third year.’

Meanwhile, the NHS Confederation – a membership body for organisations that commissions and provides national health services – sent a letter to ministers on Friday, warning that surging costs mean people will have to choose between skipping meals to heat their homes or living in cold and damp conditions this winter.

Health leaders said they are concerned that widespread fuel poverty will increase the high number of annual deaths associated with cold homes – estimated at 10,000 – and add pressure to an already overwhelmed health service.

The letter from NHS England’s chief executive also said the NHS was working to reduce pressure by other means.

It also said it would aim to increase capacity by the equivalent of at least 7,000 beds.

Calls to urgently treat the UK’s health services have grown over the last week, after it was revealed that more than 30 hospital buildings in England have roofs so rotten they could collapse at any moment.

Some trusts are using hundreds of steel pillars to hold up their ceilings and reduce the risk of them crashing down.

Health bosses have compared the situation to a ‘ticking timebomb’.

Health minister Maria Caulfield had admitted the extent of the problem, without identifying the hospitals, in a written answer to the Liberal Democrats’ Daisy Cooper.

‘I am insulted!’ Fury as Donald Tusk accused of mocking ‘boring’ British city

Nigel Farage predicts Meghan Markle will enter US politics – ‘Biden would welcome her!’