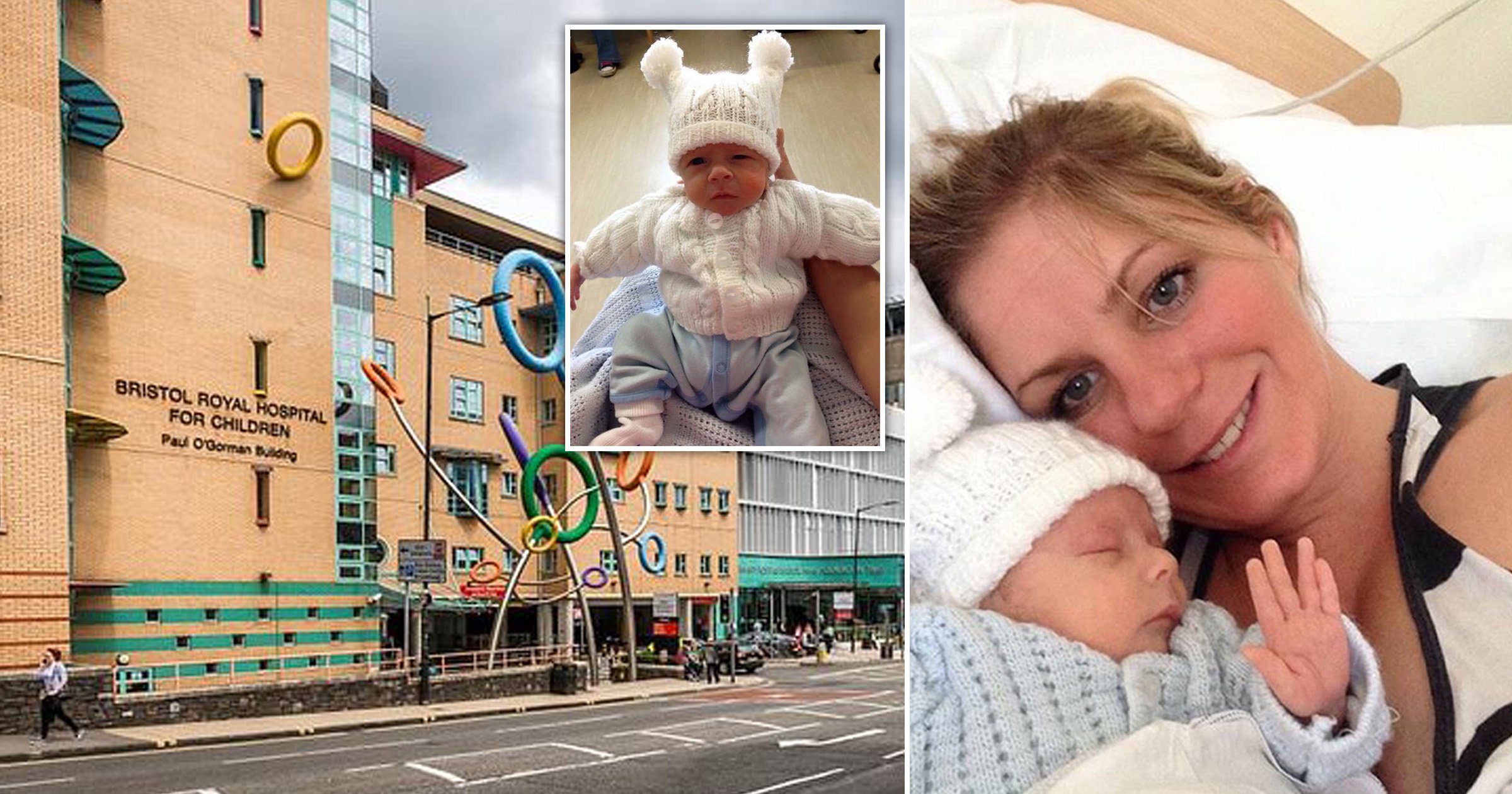 An NHS trust has been accused of a ‘deliberate attempt to deceive’ after a six-year fight for answers about the death of a premature baby.

Ben Condon spent the first seven weeks of his life in hospital after he was born nearly two months early in February 2015.

The tiny 5lb boy was finally taken home by his parents, Olympic athlete Allyn Condon and mum Jenny, but it didn’t take long for things to go wrong.

Ben developed a cough and a sneeze two days later and was taken to Weston General Hospital before being transferred to Bristol Royal Hospital.

He had developed an acute respiratory illness caused by the common cold and on April 10 he was struggling to breathe and at one point became lifeless.

On April 15, an X-ray showed lung damage and his parents were repeatedly assured he would get antibiotics – but by the time doctors finally administered them two days later, he had suffered a cardiac arrest.

Ben died at 9.07pm on April 17 after his heart failed a second time.

Now his parents have finally had formal confirmation of something they have long known themselves: Ben and his family suffered a ‘serious injustice’.

The trust had already accepted failing to provide lifesaving drugs in time but the medical watchdog has gone further and found the University Hospitals Bristol and Weston NHS Foundation Trust guilty of a ‘catalogue of failings’.

A report from the ombudsman said the mistakes were ‘all lost opportunities to intervene and give Ben the best possible chance of recovering from his illness.’

It added: ‘Each one of the failings would have reduced the chances of the best possible outcome for Ben.’

After the conclusion of a gruelling four-year investigation, Ben’s dad had a simple message for grieving parents in a similar position: ‘Keep fighting for the truth.’

Mr Condon, of Somerset, said: ‘It is now six years since Ben’s death and nearly four years since the ombudsman began investigating.

‘We hope that the truth of what happened to Ben will now, finally, be clearer and that we are closer to getting the justice we have fought so hard for.

‘Our constant desire has been to ensure that what happened to Ben does not happen to another child.

‘Our fight over the years is not just about justice for Ben, but to also ensure that lessons are learnt from what happened so that no other family suffers as we have, either because of the avoidable death of their child, or the way failings in care have been covered-up afterwards.’

The ombudsman said doctors and nurses did not ‘respond appropriately’ to his parents’ concerns about their son’s low temperature or tell them how ill he was.

Although Mr and Mrs Condon have accused the trust of a ‘cover-up’, the report said the trust’s actions in failing to be ‘open and honest’ about Ben’s death could be seen as a ‘deliberate attempt to deceive’.

The family’s lawyer said: ‘It cannot be right that bereaved families are put through further significant trauma by having to battle to uncover for themselves what happened to their loved one.’

Royal shock: The reason Prince Charles may not become King Charles- NOT because of William

Psychiatrists braced for surge of mental health referrals over lockdown