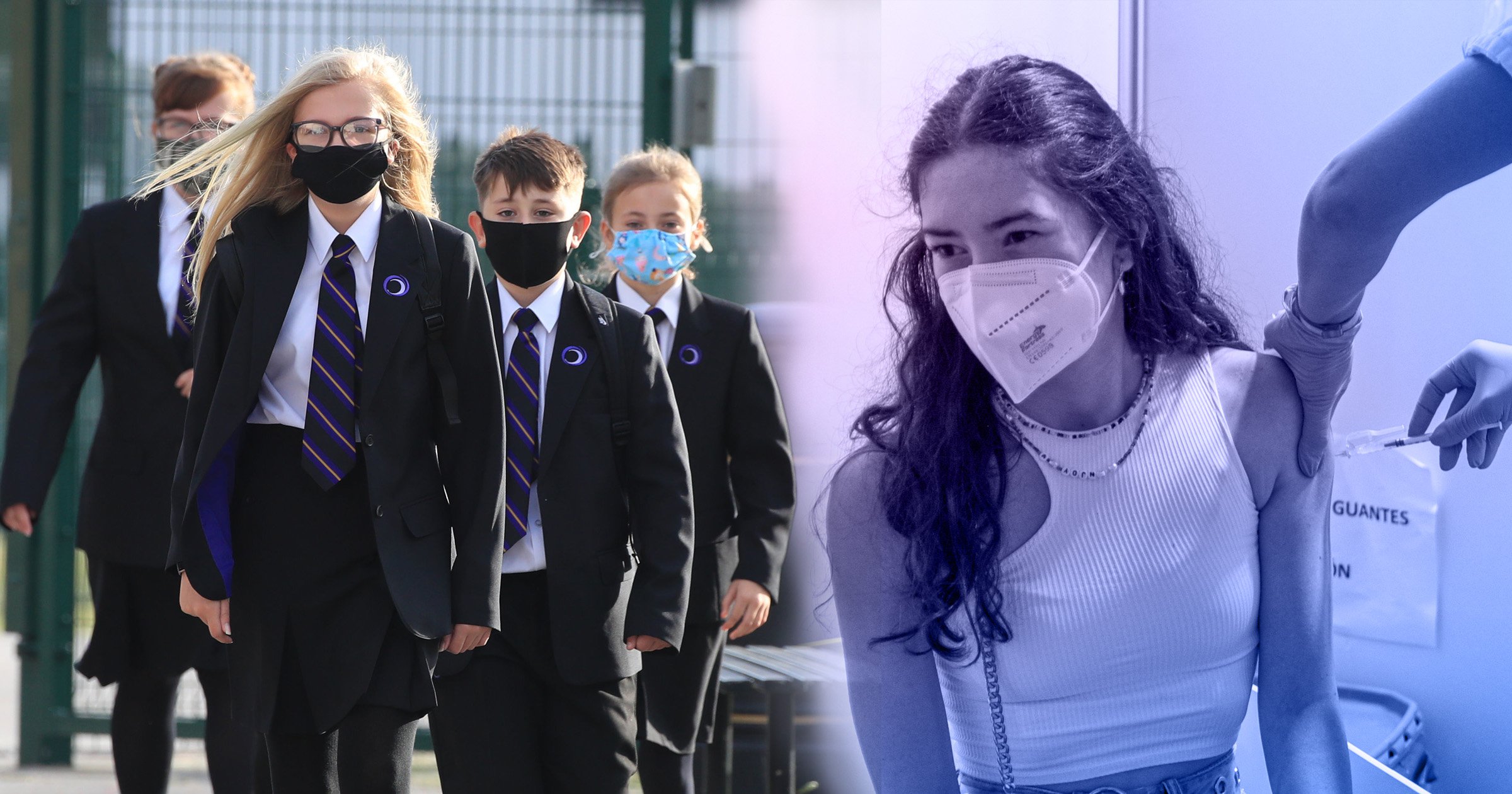 The coronavirus vaccine rollout could be extended to teenagers as soon as the new school term starts, according to reports.

The Department of Health has insisted no decisions have yet been made to extend the programme to younger people, but said officials ‘continue to plan for a range of scenarios’.

But NHS trusts in England have been told to prepare to jab 12- to 15-year-olds from September 6, reports The Telegraph.

Devi Sridhar, professor of global public health at the University of Edinburgh, said vaccine advisers are being ‘very cautious’ but warned that ‘waiting and watching costs time’.

The Joint Committee on Vaccination and Immunisation (JCVI) has not yet advised on officially extending the rollout to younger people.

Professor Sridhar told BBC Radio 4’s Today programme: ‘Either you’re going to be exposed to Covid without any protection or you can be exposed and have a vaccine.

‘And we should be offering teens that vaccine so they have that protection before going back into schools.’

It comes after Scotland’s deputy first minister John Swinney has already revealed the start of the school term has contributed to a rise in cases in the country.

She claimed the more transmissible Delta variant is ‘flying through schools’.

She said: ‘It’s an emergency situation and we have Delta, which is so infectious. I mean, it’s just flying through schools as we know.

‘But not just here, Germany, Denmark, even places like New Zealand and Australia are struggling with Delta compared to the original virus.’

The Telegraph reported NHS trusts have been told they must have plans ready by 4pm on Friday.

The newspaper said trusts have been told they must have plans ready by 4pm on Friday.

But a spokesperson for the Department of Health said: ‘No decisions have been made on vaccinating 12- to 15-year-olds and it is inaccurate to suggest otherwise.

‘Ministers have not yet received further advice from the JCVI on this cohort.

‘We continue to plan for a range of scenarios to ensure we are prepared for all eventualities.’

At the moment vaccines are being offered to healthy people aged 16 and above, and those considered at-risk between the ages of 12 and 15.

It comes as the Government has launched a campaign backed by an Olympian and a TV doctor encouraging students to test regularly for Covid-19.

Pupils start returning to school in Leicestershire this week, with most pupils in England set to head back to class over the next fortnight.

Department for Education (DfE) guidance states pupils in England should be tested twice on-site on their return, with lateral flow tests carried out between three and five days apart.

Pupils will then be told to test twice weekly at home until the end of September, when the policy will be reviewed.

Education secretary Gavin Williamson said: ‘I have every confidence that school and college staff, parents and students will continue to work together admirably, following pragmatic measures like testing and vaccinations to minimise disruption and keep children where they belong – in the classroom.’

Pester power: Sugary treats now an everyday reality for one in 10 children

Queen heartbreak: Queen unable to visit her ‘most happy’ place this summer