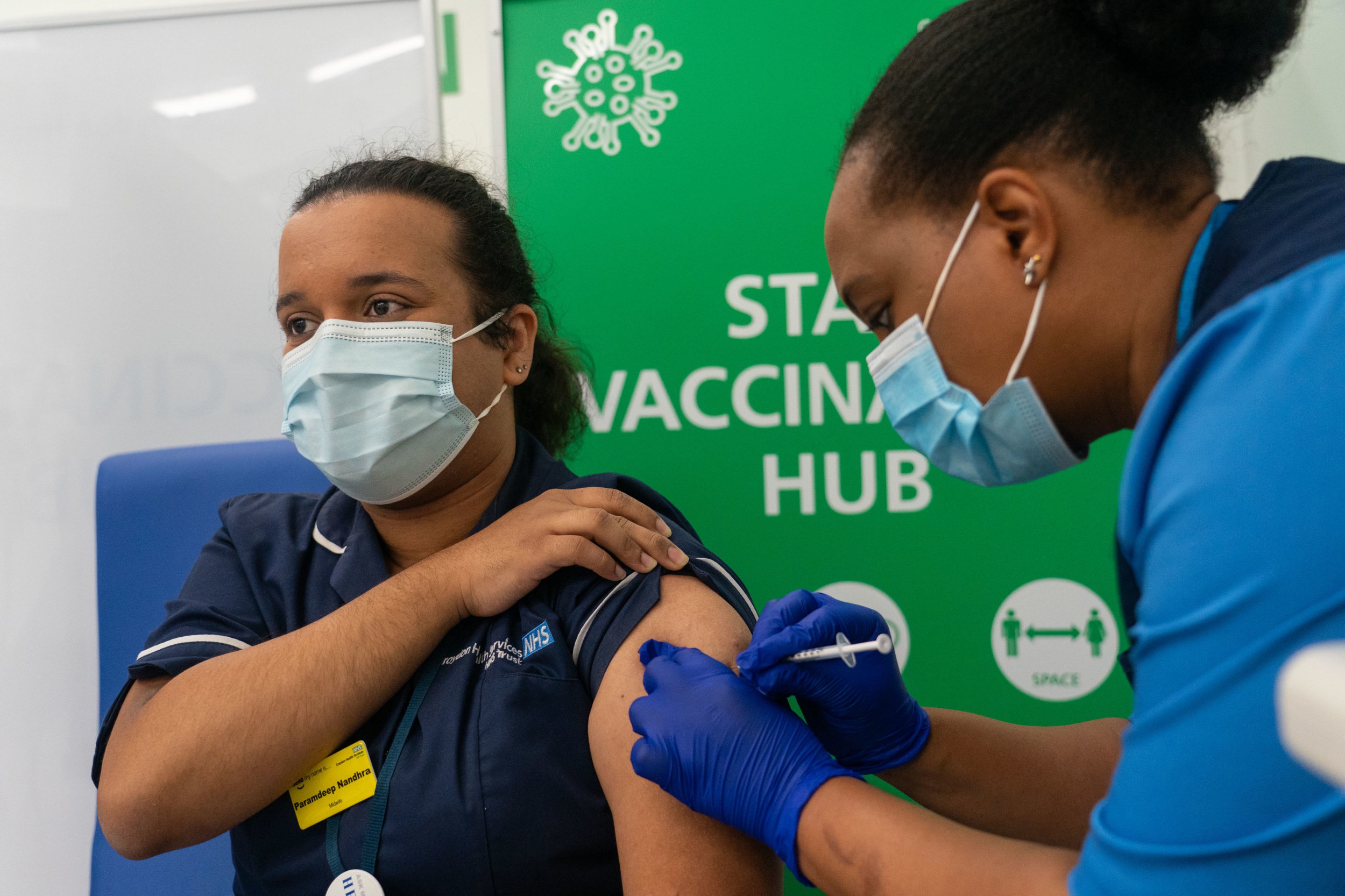 However, the public will be offered boosters after five months rather than six to flatten the curve, reports say.

Compulsory vaccinations for frontline workers are likely to be announced in the coming days.

But according to The Telegraph, the rule is not expected to be enforced until the end of March.

Health Secretary Sajid Javid is rumoured to still have reservations about the policy, with insiders describing him as ‘genuinely split’ despite publicly saying he was ‘leaning towards’ the mandate.

He is understood to have heeded calls from those in the NHS who fear enforcing the policy now will lead to staff who refuse quitting in the busiest period.

However, ‘no final decision’ has been made and pressure is growing on him to back the mandatory jabs.

One health official told the newspaper: ‘We had this with the flu jab. We were interested in mandating the flu jab.

‘There was always pushback against it from the NHS. The whole point is that, if you get more people jabbed now from Covid, it is easier for staff.

‘There is an argument that it is one of the best ways to take pressure off staff.’

Mandatory jabs have already been announced for the care sector, and uptake has improved.

The latest NHS figures show that 90% of NHS staff have been double jabbed, leaving around 120,000 who are not.

When a public consultation on compulsory jabs for NHS staff was launched in September, the need to protect staff and patients in winter was emphasised.

The document said: ‘As well as protecting vulnerable patients the proposals will protect staff, which is particularly important for hospital trusts where extensive unexpected staff absences can put added pressure on already hardworking clinicians providing patient care during busy periods like winter.’

The consultation closed last week, when Mr Javid said he was ‘leaning towards’ making the vaccines complusory.

Whitehall sources indicated an announcement would be made next week, but the policy won’t be in force before March 31.

The climb down comes amid growing concern over rising cases and the sluggish pace of the booster programme.

According to The Sun, double jabbed Britons will be called forward for the third dose a month early to speed up the roll-out.

From next week the NHS will send out invites five months after someone’s second dose instead of six so they secure a date in advance.

A Whitehall source said: ‘We want to get boosters into as many arms as possible this winter, which is why we’re going to allow people to book earlier.’

Flu jabs and boosters are at the heart of the government’s strategy to prevent another wave this winter.

England’s deputy chief medical officer Prof Van-Tam warned yesterday that ‘Christmas, and indeed all of the darker winter months, are potentially going to be problematic’.

He called for wider take-up of vaccinations to prevent another lockdown.

Mr Javid has also raised the prospect of further restrictions and urged those eligible to get boosters ‘not just to save lives, but to keep your freedoms too’.

The Department of Health and Social Care said on Wednesday night that no decision had been taken.

A spokesman said: ‘We have taken action to introduce vaccination requirements in care homes and we recently consulted on extending this further across health and other social care services. No final decisions have been made, and we will set out our response in due course.’