“Yet that’s one that Boris Johnson’s Conservatives want to embrace. What’s more shocking is that these hours are the prediction of the Conservative Government itself, yet still they plough on.

“Can the First Minister tell us if any of the details laid out in the Yellowhammer paper that were published this morning were new to the Scottish Government?

“And if so, what new measures she is putting in place to mitigate this damage?”

The Scottish First Minister replied: “I do think the publication of the Yellowhammer planning assumptions yesterday lays bare for the public the horrors of no deal Brexit.

“It is shocking that it has taken so long for that information to be published. Can I directly say to Willie Rennie in terms of Yellowhammer planning assumptions, what we have seen in terms of the Scottish Government is what was published last night. 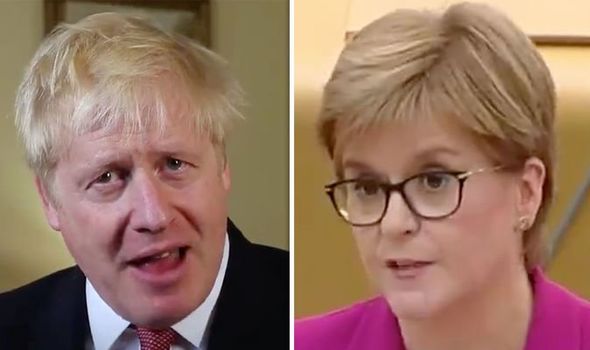 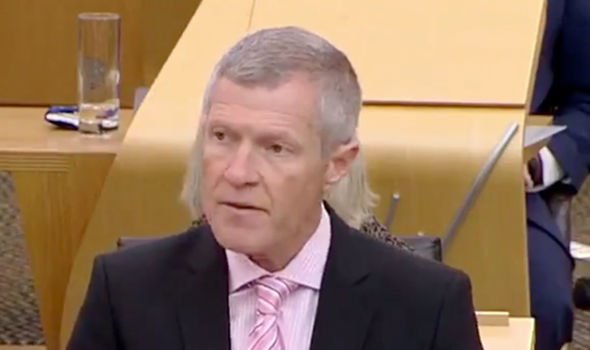 “The only difference I can confirm was in the title of the document. The version we had had the title ‘base scenario’ rather than ‘reasonable worst-case scenario’, as appeared on the document that was published last night.

“It’s for the UK Government to explain if there is any significance to that. We have been expecting an update of that document which is dated August 2, we haven’t yet received an update of it.

“We also received the papers for the Cabinet sub-committee meetings we are invited to.

“So far though since the new Government took office that’s only been four out of around 30, the Deputy First Minister has just come from one of those this morning. We also know there is a series of mitigation plans lying behind these planning assumptions.”

Ms Sturgeon added: “In terms of our own work, we are planning on the basis of Yellowhammer assumptions, although we have been and continue to await the update of that, and we have a range of mitigation plans in place. 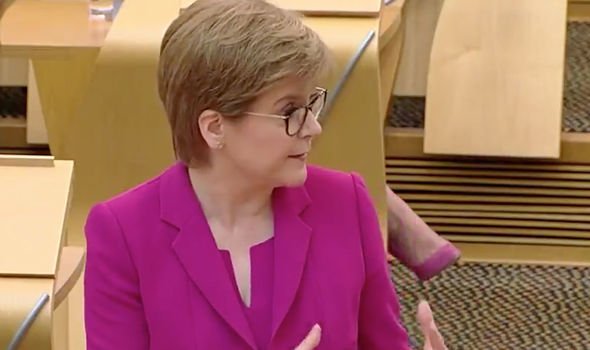 “We are currently considering what format of this information would be most helpful to publish, and we intend to make a statement to Parliament about that as soon as possible.”

MPs voted by 311 to 302 in favour of a motion, led by former Tory attorney general Dominic Grieve, for the Government to publish dossiers detailing no deal Brexit plans and also required the Prime Minister to disclose information surrounding the prorogation of Parliament.

When publishing the document, Michael Gove sent a letter to Hilary Benn and said the Yellowhammer report is a “reasonable worst-case scenario” and not “a prediction of what is most likely to happen”. 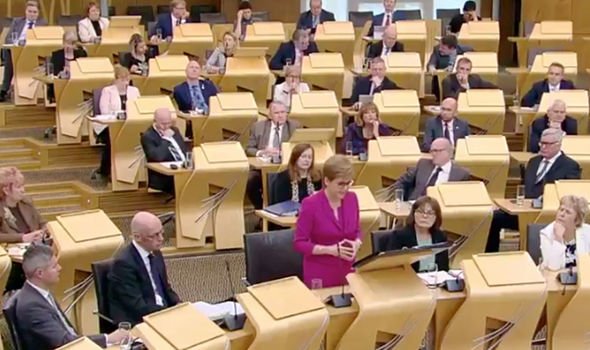 The documents reveal that a no deal Brexit could trigger major hold-ups at channel ports, electricity price increased, shortages of some foods and delays to medicine imports. HGV delays of between one-and-a-half and two-and-a-half days would occur at Dover and public disorder could increase, according to the documents.

Last month Operation Yellowhammer documents were leaked to the press, detailing how Britain would be left vulnerable without a deal.

The dossier warned of shortages of fuel, medicine and food, protests, road blockades and chaos at the ports. It says: “There are likely to be significant electricity (price) increases for consumers.”

The document also reveals: “Protests and counter-protests will take place across the UK and may absorb significant amounts of police resource. There may also be a rise in public disorder and community tensions.”

Mr Gove, the cabinet minister in charge of no deal planning, assured the Government had taken “significant additional steps to ensure that we are prepared to leave on October 31 deal or no-deal”.

He said: “Any prudent Government will always plan for absolutely the worst case. In the last three weeks there has been a significant acceleration in what we’ve been doing.

“Yes, of course there are challenges in leaving without a deal, but there are also opportunities after October 31 if we have left with a clean break.”