The SNP leader is due to give evidence to a Holyrood committee looking into the handling of allegations against her predecessor Alex Salmond tomorrow. The increasingly toxic scandal is threatening to derail the party’s hopes of holding a second referendum on Scottish independence.

The First Minister is expected to be asked awkward questions about the accusations Mr Salmond, her predecessor and mentor, told the inquiry last week.

At a bruising six-hour testimony, Mr Salmond said senior SNP figures conspired to try to force him out of public life over harassment claims.

The former SNP leader won a £500,000 settlement against the Scottish government, and was cleared of wrongdoing in a trial last year.

Now a Scottish Tory dossier has highlighted 38 times when they say Ms Sturgeon appears to have broken the ministerial code. 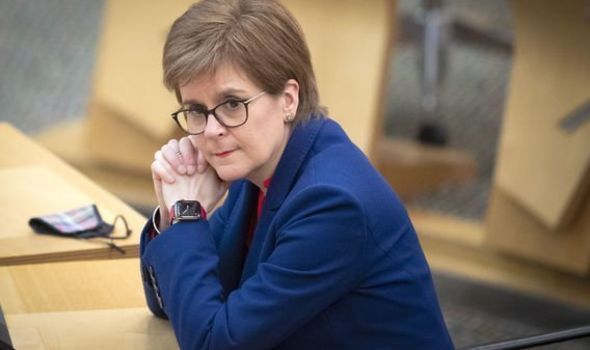 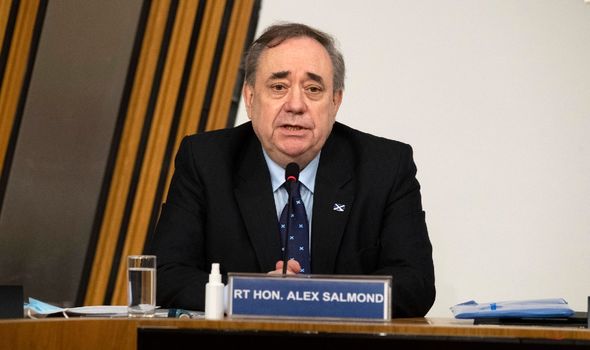 They include accusations of repeatedly misleading the Scottish Parliament about when she first knew of the allegations against Mr Salmond, delaying settling the judicial review despite legal advice, and meeting Mr Salmond on government business without any officials present or records being taken.

Ms Sturgeon has denied the allegations and said she will give her full rebuttal tomorrow.

But Scottish Tory leader Douglas Ross accused her of “abusing” her power.

He said: “This dossier shows all the evidence of SNP cover-ups, dreadful mistakes and terrible lapses of judgement.

“Sleaze and secrecy is running rampant throughout the ruling party of government. 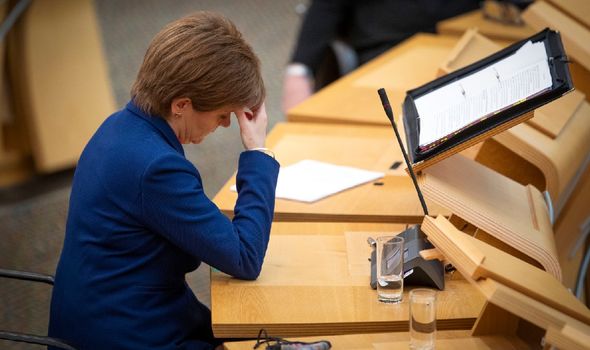 “Nicola Sturgeon stands accused of breaking the Ministerial Code up to 38 times. The First Minister and her inner circle are facing 14 separate resignation matters.

“The weight of evidence is overwhelming – and this is only what we know about. So much more continues to be hidden by the SNP.

“The First Minister has abused the power of her office and government to cover up what really happened, what she knew and when she knew it.”

During his appearance Mr Salmond also vented fury that the Crown Office, led by Lord Advocate James Wolffe QC, had forced the redaction of sections of his written evidence to the committee. 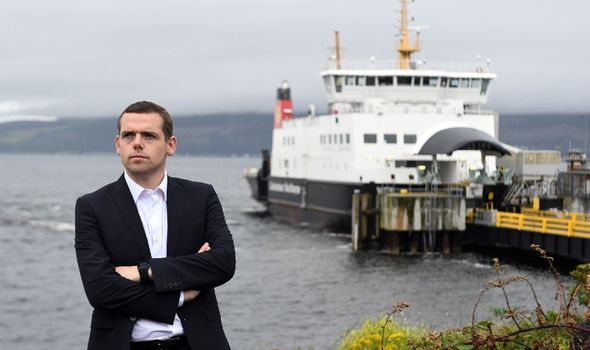 Mr Wolffe said any suggestion of “improper motivation” was “entirely without foundation” as he was questioned about both issues by the cross-party MSPs this morning.

Scotland’s Deputy First Minister John Swinney is today finally set to release the legal advice the government was given over the judicial review, after a dramatic U-turn in the face of a no-confidence motion.

It relates to Mr Salmond’s successful legal challenge of the Scottish Government’s harassment complaints procedure, which led to him being awarded more than £500,000.

In a letter to the committee this morning, Mr Swinney said details of the legal advice would be released this afternoon – and they show “reservations” about proceeding with the case. 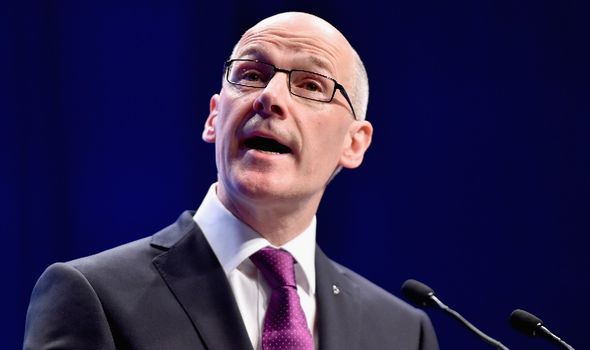 Mr Salmond has said the government was told in October 2018 that it was likely to lose the case.

But it did not admit it had acted unlawfully until January 2019.

Mr Swinney only relented when a motion of no confidence in him was lodged accusing him of failing to comply with two parliamentary votes calling for the publication of legal advice.