Home » Europe » Nicola Sturgeon doubled down on swipe at Kate and William: ‘I have to be clear!’

Kate Middleton and William: Sturgeon quizzed on tour of Scotland

Yesterday, Scotland went to the polls to vote in the Scottish Parliament elections and counting will start at 9am today. It will be a tense few hours for the Scottish First Minister in what could be the moment of truth in terms of prospects for a second independence referendum (Indyref2). During her campaign, Ms Sturgeon vowed she will demand the legal powers for Indyref2 be transferred from Westminster by the end of 2023 if the SNP wins a majority.

Prime Minister Boris Johnson has previously turned down these demands, insisting the result to remain part of the UK during the referendum seven years ago must stand because it was a “once in a generation event”.

While a dominating SNP victory would pile the pressure on Mr Johnson, the chances of a majority remain on a knife-edge after a challenging few months for the party.

Ms Sturgeon has become embroiled in a row over Alex Salmond and the handling of his sexual assault allegations and polls suggest support for the SNP is waning.

Ms Salmond has now set up the Alba Party, which launched just six weeks ago, an alternative pro-independence party. 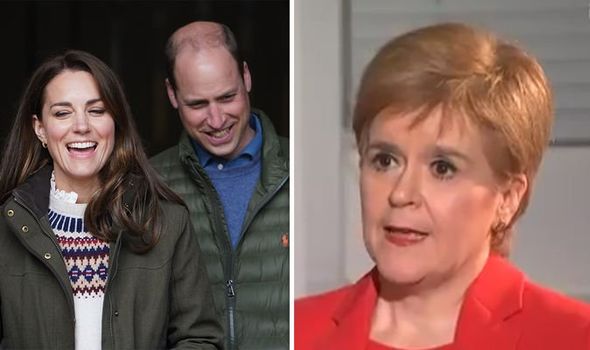 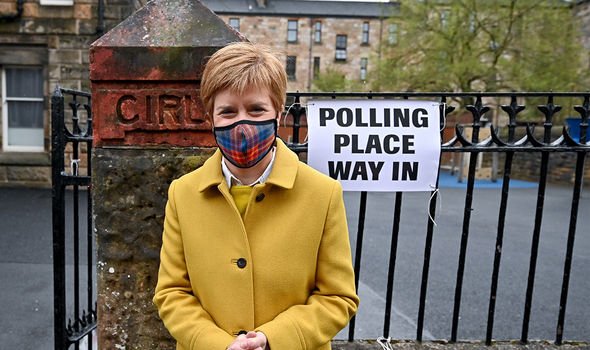 Over the past year, Ms Sturgeon has been very outspoken on the coronavirus crisis, with lockdown restrictions devolved to the regions.

She has been extremely forthright in enforcing Scotland’s rules, and was no different when it came to the Duke and Duchess of Cambridge.

William and Kate embarked on a Royal Train tour in December, a three-day, 10-stop, 1250-mile tour of the UK to thank key workers and meet communities affected by the pandemic.

While the tour was arranged between the UK Government and devolved parties, they did not always get an entirely warm response in Scotland and Wales. 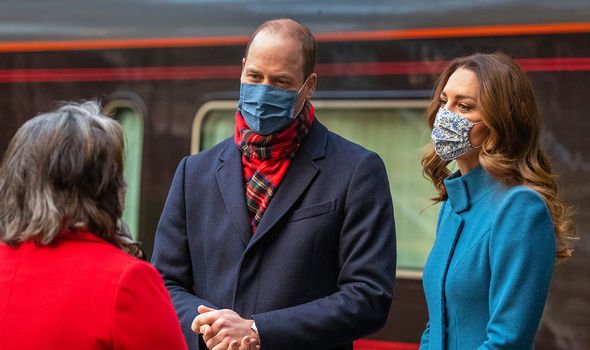 At the time, Ms Sturgeon – who has always been lukewarm on the monarchy – took a swipe at the royals, emphasising that Scotland was under strict travel restrictions and hinting that she was not in favour of the visit.

She said: “The Scottish Government was advised about the intention to visit, and we made sure the Royal Household were aware, as you would expect, of the restrictions in place in Scotland so that could inform both the decision and the planning of the visit.

“Any more questions should be directed to the Royal Household.”

She was branded a “stick in the mud” for her “spikey” words and accused of political point-scoring by royal expert Russell Myers. 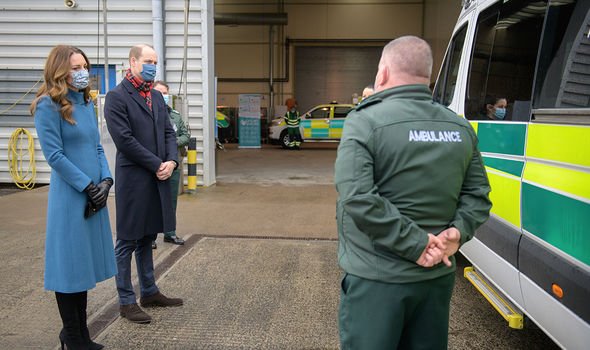 However, she later doubled down in an interview with ITV, insisting that she has “got to be clear” about the restrictions in place in Scotland.

“And this is not about whether people are welcome or not.

“As it happens I didn’t make any comment about William and Kate coming here, apart from to say it was a matter for them not a matter for me.”

When it was pointed out that it came across as quite a bold statement, she said: “Well, I’m sorry about that.

“Every single day in the room next door to here, I stand at a podium and ask people to live under the most horrendous restrictions, not be able to see their families, not be able to travel to different parts of the country.

“And that’s tough and I have to do that without fear or favour.”

The interviewer then asked whether the Duke and Duchess should have stayed home.

“I’m sure people were happy to see them here, I think the work they do to say thank you and to show appreciation for the NHS is hugely welcome so that is absolutely the case.

“But all of us right now are having to live under restrictions for a very, very good reason and I’ve got to be pretty clear about what those restrictions are.”

Asked whether she herself was happy to see them, the First Minister avoided the question.

After US$10 billion share plunge, Wirecard's CEO fights back