Nicola Sturgeon has faced a whirlwind 2021 as the SNP’s factional divisions make national headlines. The Alex Salmond row has led to calls for resignation from opponents in Scotland as Ms Sturgeon heads into Holyrood elections in May. The Scottish Tories will unveil plans to bring forward a no-confidence vote in the First Minister on Tuesday, the party’s leader Douglas Ross announced this week. Mr Ross accused Ms Sturgeon of lying to Parliament and warned: “If we allow her to get away with this, then we say that the truth is worthless in Scottish politics.” A spokesperson for Ms Sturgeon branded the accusations “conspiracy theories and smears”.

However, as focus turns to May’s elections, Ms Sturgeon’s domestic record is also coming under the spotlight.

A video has resurfaced online this week criticising the First Minister’s record on education.

It was shared by Pro-UK Scottish blogger Effie Deans, who said “Sturgeon has a terrible record on education as the video makes clear”.

The video, including various clips from recent years, would undoubtedly be an excruciating watch for the First Minister.

One such clip shows BBC journalist Andrew Marr saying: “Under the SNP things have got worse, and quite drastically so.

“Do you know what is going on in Scottish schools?” 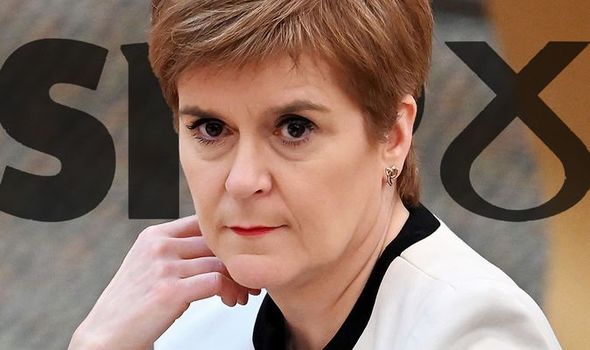 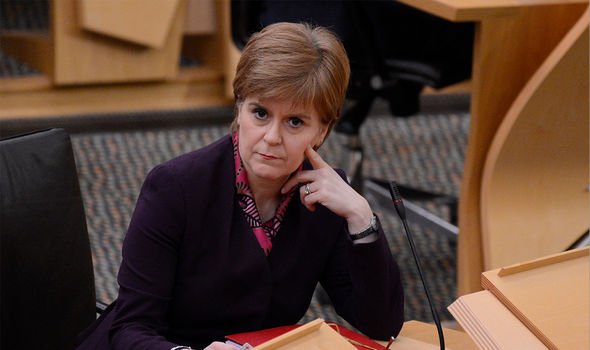 In another clip, former BBC stalwart Andrew Neil said: “If you’re a poor kid in Scotland, you’ve now got less of a chance of going to university than a poor kid in England. Historically, that’s never happened before.”

Ms Sturgeon has previously said she wants to be judged on her education record, but opponents in Holyrood are furious as an international review of Scotland’s schools will only be published after the Holyrood election.

The SNP have said the delay comes because of the coronavirus, but Keir Bloomer, a former director of education who was a key architect of Scotland’s curriculum, said the delay was unacceptable.

He said: “There is no reason why ministers should wait to publish the report. The entire process has been stage-managed.” 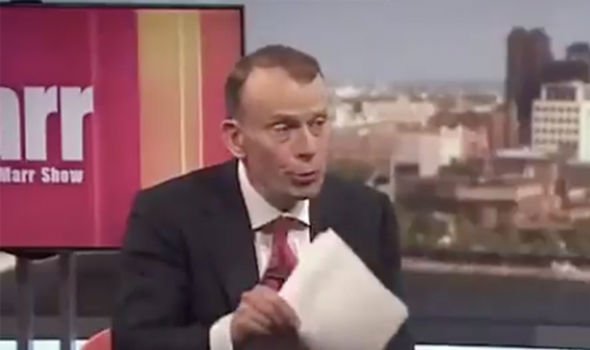 Willie Rennie, the leader of the Scottish Lib Dems, demanded the publication of an “unedited” interim report before the election.

He said: “It is scandalous that SNP ministers get to see the first findings from the OECD six months before anyone else.

“Conveniently, the rest of us only get sight of anything after the Holyrood elections.”

The Organisation for Economic Co-operation and Development (OECD) review has previously led to negative headlines for the SNP.

The last OECD report in 2015 found that a fifth of schools were only rated as “satisfactory”, with one in ten branded “weak or unsatisfactory”. 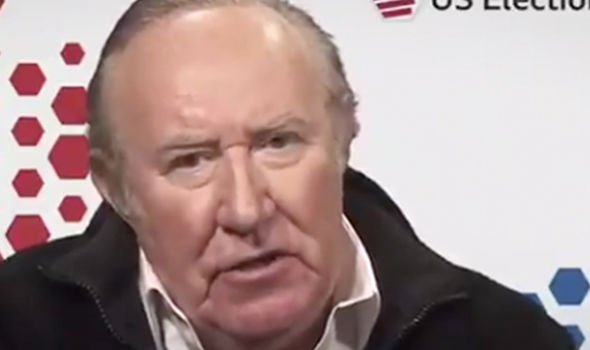 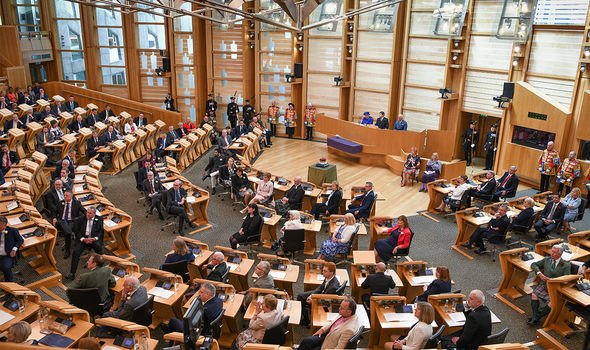 Ms Sturgeon’s independence push was also dealt a blow recently, as a poll showed only a quarter of Scots support a referendum in the next year.

The poll also found support for a Yes vote stood at 46 percent, with No on 47 percent.

When “don’t knows” are excluded, this put the weighted support for both Yes and No at 50 percent each.