Thousands of Scotland supporters, many without tickets, descended on the capital to watch their team play England on June 18. Figures from Public Health Scotland linked 1,294 coronavirus cases to the Tartan Army’s time in London.

Ms Sturgeon has been accused of rewriting history after claiming the Scottish government was “very explicit” in urging fans not to travel unless they had tickets.

Scotland was only allocated 2,600 tickets for the match, with ticketless fans congregating around Leicester Square and Hyde Park.

However ahead of the match Jenny Gilruth, SNP culture minister, said fans could travel if they had somewhere safe to watch the game.

She said: “Only travel to London for 18 June if you have a ticket or a safe place to watch the match from.” 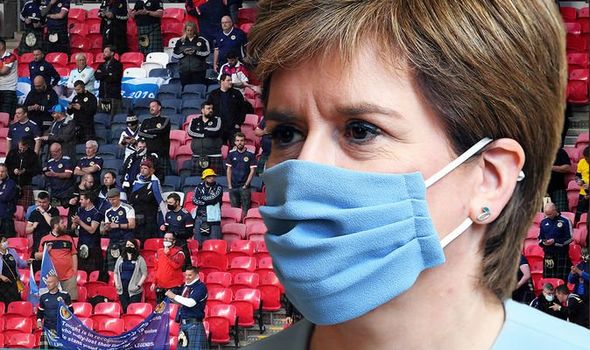 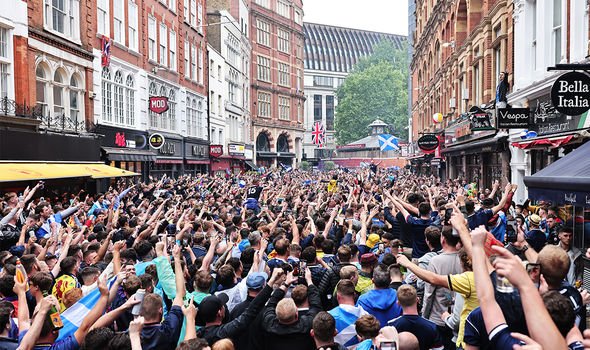 On June 18, during a coronavirus briefing, Ms Sturgeon praised Scotland’s “vibrant” fans and declined to condemn those who broke social distancing guidelines.

He added: “The [Scottish] government clearly said people could travel if they had a safe place to watch the match from, so the First Minister is simply lying when she claims she was explicit about not travelling without a ticket.

“Once again it has been mixed messages from the government, and we now have a huge rise in Covid cases as a result. Ministers need to get a grip.” 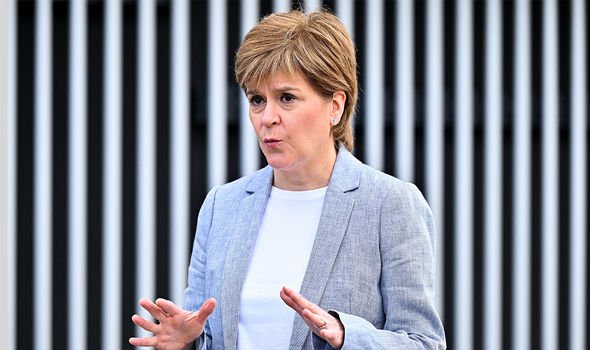 A similar message was conveyed by the Scottish Conservative health spokesperson, Annie Wells.

She commented: “Rather than trying to rewrite history, Nicola Sturgeon should be up front about her lack of effective messaging.”

The match ended in a 0-0 draw, with Scotland later eliminated at the group stage after two defeats.

England progressed to the knock-out stage, and on Tuesday booked a place in the last eight by defeating Germany. 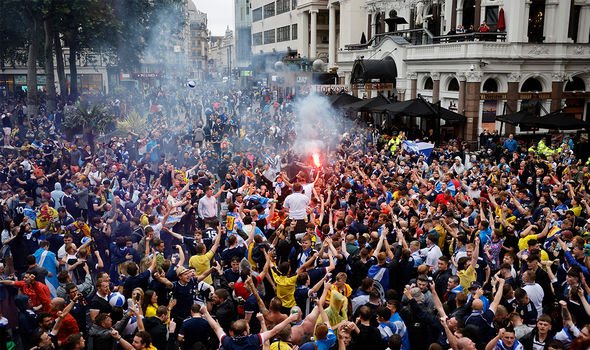 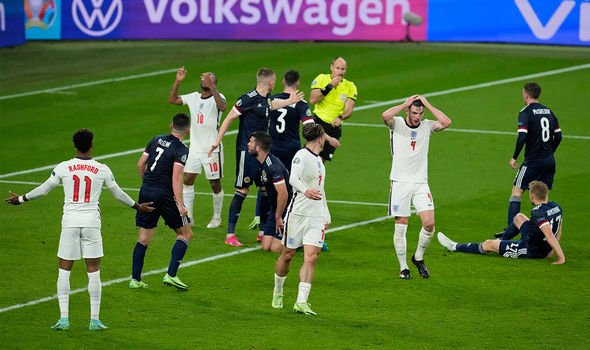 In a statement they said: “Analysis of the Test & Protect Case Management System data reveal that, between 11 to 28 June 2021, 1991 people normally resident in Scotland with a laboratory-confirmed COVID-19 diagnosis were identified as having attended one or more EURO 2020 events during their infectious period.

“Cases were tagged if they attended either a EURO 2020 organised event, such as a match at Hampden or Wembley Stadium or the Fanzone at Glasgow Green, or an informal gathering, such as a pub or a house party to watch a match.”

Scotland: SNP compared to an 'irrational cult' by Carlaw

Nine out of ten of those who got coronavirus after a European Championship event were male.

Of the 1,991 cases, or nearly two thirds, were from people who travelled to London for the England game.

Of these, 397 had tickets to watch the match inside Wembley Stadium. 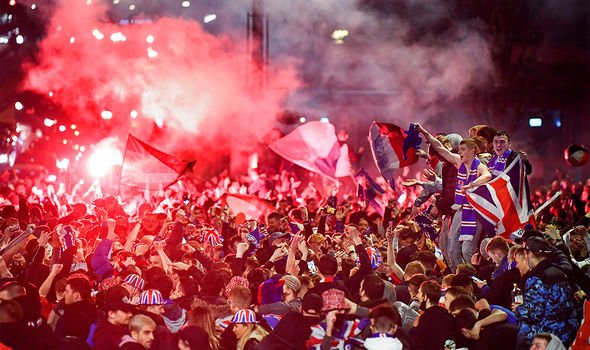 In May thousands of Rangers fans gathered in Glasgow’s George Square to celebrate their team winning the Scottish premiership.

Ms Sturgeon said she was “disgusted” by some fans who engaged in “selfish thuggish sectarian” behaviour.

What is the CPTPP? How bumper post-Brexit trade deal is set to be a HUGE boost to Britain