Ms Davidson quizzed Scotland’s First Minister regarding when she became aware that patients that had tested positive for COVID-19 were transferred into care homes from hospitals. The former Scottish Conservative leader added that Nicola Sturgeon was ducking the question having failed to provide a satisfactory answer despite being asked about the issue on four separate occasions.

Ms Davidson said: “I want to return to the subject of care homes as there were some questions last week that did not receive a satisfactory answer including who knew what and when.

“So let me ask again when was the First Minister first informed that COVID-positive patients had been transferred into care homes?

“Was she first told in March, April, May, June, July or August?”

Ms Sturgeon replied: “We are still awaiting the analysis from Public Health Scotland of the numbers of people who were discharged from hospital into care homes that have had the virus.” 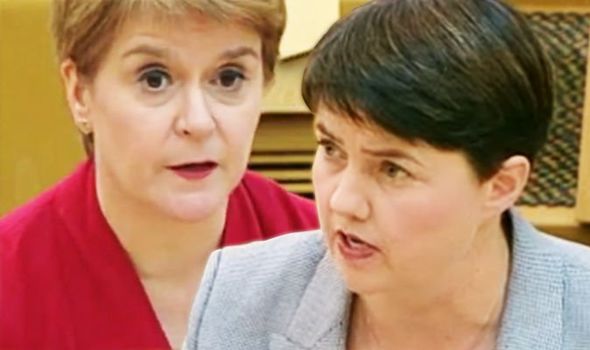 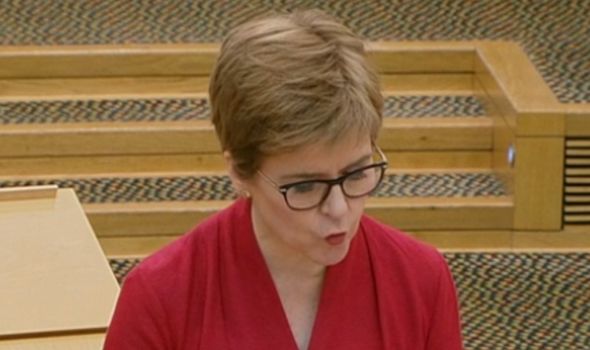 Ms Davidson said: “That is the fourth time that question has been asked at FMQs, twice by me last week, once by Richard Leonard, once by me again today.

“That is the fourth time the First Minister has ducked the answer, what I can’t work out is why.

“The First Minister keeps saying this Government will be open about its mistakes and putting people with COVID into care homes was clearly a mistake.

“Part of fixing mistakes is working out who knew what and when.”

Scotland’s First Minister responded: “Ruth Davidson has asked the question and I am answering the question, I do not know the clinical conditions of people being discharged from hospital to their own homes, to other community setting or to care homes.

“That would not be information that ministers would have.”

During FMQs Ms Sturgeon also updated MSPs on the “main clusters” of coronavirus in Scotland.

She said: “There are now 156 positive cases linked to the 2 Sisters food processing plant in Coupar Angus with 138 workers and 18 of their contacts affected.” 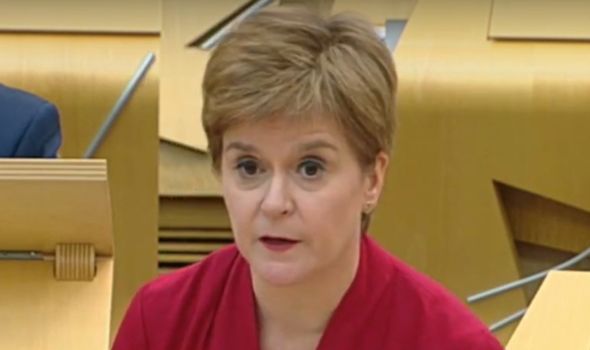 The total was up by four from the previous day, with all four new cases workers in the factory.

Ms Sturgeon said “almost all” employees there had now been tested, saying more 5,000 people have been tested for coronavirus in the Tayside area over the past seven days.

She said “good progress” was being made in tackling that cluster and that there was “still no evidence at this stage of wider community transmission”.