The Chancellor of the Duchy of Lancaster told TimesRadio’s Tom Newton Dunn that a border between England and Scotland would create a difficult situation for people that worked and lived on different sides of the border. Mr Gove added that the UK is always stronger when the Scottish Government and the UK Government work together.

Mr Dunn asked: “Nicola Sturgeon has just confirmed that she is considering asking travellers from England to quarantine on arrival in Scotland, can I get your reaction on that?”

Mr Gove replied: “I think it would be difficult to have a situation where people that live or work on one side of the Scotland-England border would suddenly find their frequent movement curtailed.”

Mr Dunn said: “Is it even legal, can she do that?

“Does she have the powers?” 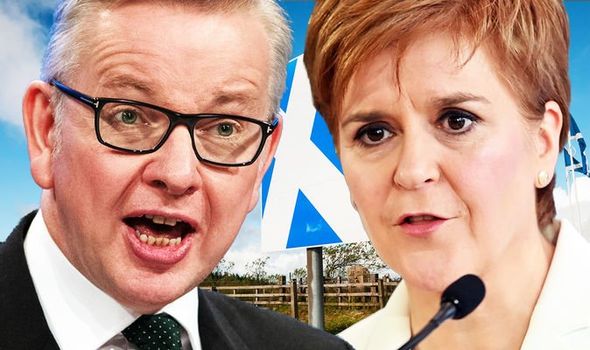 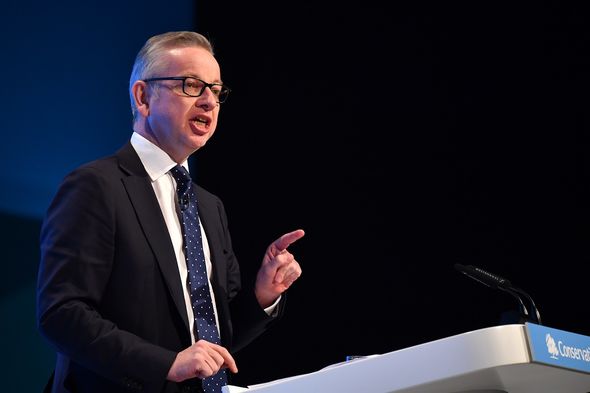 The Conservative MP responded: “My own view is that Nicola was trying to stress that she wanted to keep Scotland safe.

“I don’t think the idea of erecting a hard border between Scotland and England is in any way a good thing.

“Also, I don’t want to be unfair to Nicola Sturgeon at this time because when it comes to dealing with the coronavirus crisis I want our Governments to work together.

“The UK is always stronger when you have the Scottish Government and the UK Government working together.

“There are two Governments in Scotland and we have both helped people to prosper.”

Tony Miklinski told Express.co.uk that the First Minister’s job is to look after the physical, mental and economical wellbeing of the people of Scotland.

He said: “If you are running the Government, you are supposed to be looking out for the wellbeing of your people. 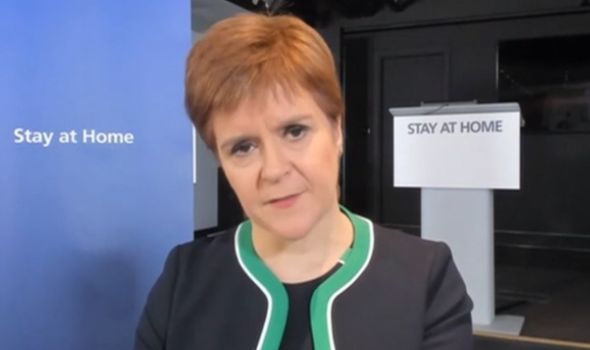 “Their physical, mental and economic wellbeing, that means having good well-paid jobs and that is what is important.

“That should be the priority, not continually fighting the independence argument and opposing the Westminster Government and every opportunity.

“Just imagine how life could be if the Scottish Government were in full cooperation with the UK Government in working out how to make things better in Scotland as part of the UK rather than constantly looking to restart the independence debate.

“I don’t even need to say how divisive it is and it is becoming more so.”

‘THEY LIED!’ Tory grassroots react with ‘absolute RAGE’ to party’s handling of Brexit