The SNP’s push for a second independence referendum has so far failed to reap significant reward. However, Ms Sturgeon and co will be encouraged by a recent survey by pollsters Ipsos MORI. It found that 58 percent of those who said they were likely to vote in an independence referendum would vote Yes while 42 percent would opt for No. With support for independence seemingly on the rise, debate around Scotland’s prospects outside of the UK has been fierce.

The Scottish First Minister wants to take her nation out of the UK and back into the EU.

John Lloyd, contributing editor to the Financial Times and an Associate Fellow of Nuffield College, Oxford, warned that Ms Sturgeon’s independence plans will leave Scotland in the wilderness.

He told Tortoise in April: “The UK is a fiscal union, and that fiscal union has got stronger, particularly in the 20th Century.

“And this means that all five nations are part of a fiscal union in which public spending is evened out, and Scotland has done and continues to do very well out of that.

“A fiscal union is also a moral union. A union in which people more or less agree that, that is the way we British people should live.

“To leave that union is not just to go into another union, which would take at least five years, but is to leave a fiscal union, from which you benefit enormously. 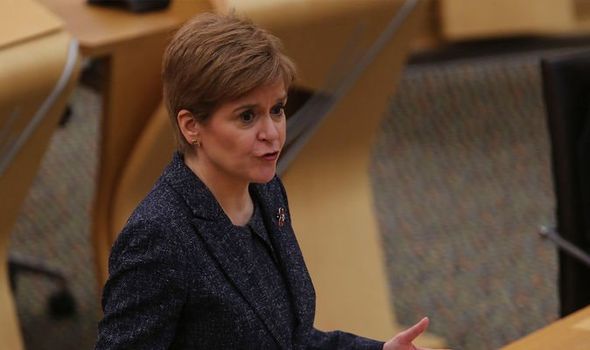 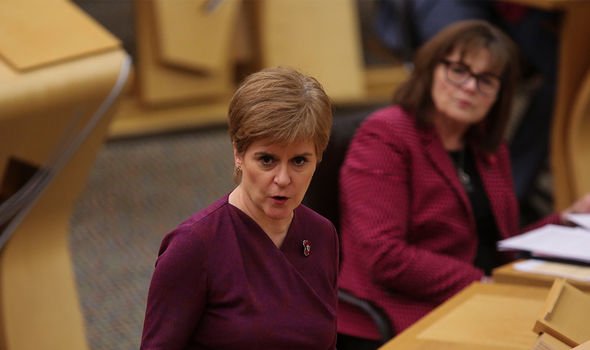 “Five years in the wilderness, and the negotiations will be tougher than the Brexit ones.

“For the SNP to do this would be hugely irresponsible.”

Public law expert Professor Aileen McHarg highlighted in an interview with Express.co.uk how it could be easy for an independent Scotland to rejoin the EU.

She said in August: “Any barriers for Scotland in joining the EU are political rather than legal, because any candidate to join the EU has to abide by the terms set. 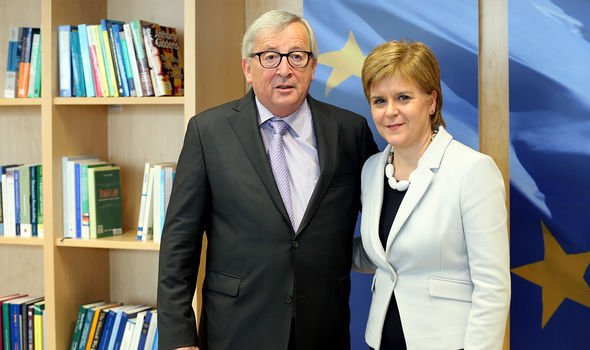 “It would be fairly easy to meet those terms because Scottish law is currently fully compliant with EU law.

“As time goes on there are likely to become greater divergences, but that would simply mean at the time Scotland wanted to join the EU we’d have to change stuff then.”

Brussels expert Anthony Salamone wrote a report published this year that claimed Scotland could join within five years of becoming an independent country.

It explains: “Scotland was previously part of the European Union for nearly five decades. 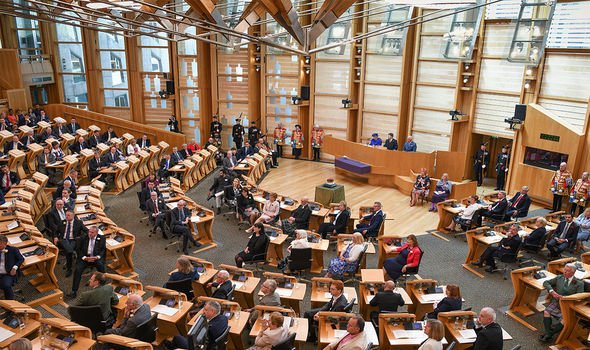 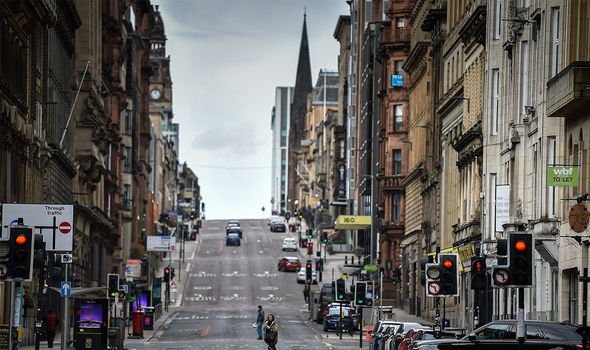 “On that basis alone, the Scottish economy is manifestly capable of forming part of the Union economy and responding sufficiently to its associated demands and forces.

“The Republic will therefore be in an extremely strong position to satisfy the economic criteria of the Copenhagen criteria.”

But it also adds any membership to the EU is likely to spark a border between England and Scotland.

Some have highlighted that the EU requires member states to have a deficit of less than 3 percent to join the bloc, as per the Copenhagen criteria.

Despite Scotland’s deficit standing at around 8-9 percent of its GDP, countries can negotiate agreements with Brussels for a time frame to reduce this figure as part of the joining process.