The Scottish First Minister has pushed hard for a second independence vote since the UK voted to leave the EU in 2016. Throughout the Brexit process, Ms Sturgeon has campaigned to stop Brexit while advocating for a People’s Vote. The SNP want to secure a second referendum, and then take an independent Scotland into the EU. However, Prime Minister Boris Johnson rejected Ms Sturgeon’s calls for IndyRef2 after the 2019 general election.

This caused prominent pro-independence blogger – Wings Over Scotland – to turn on the Scottish First Minister.

The site announced at the time it would stop posting until Ms Sturgeon was gone in an article titled “The Betrayer”.

Stuart Campbell, who launched the site in 2011, said the SNP leader had spent too much time trying to stop Brexit, while making no progress in her pursuit of independence.

He said: “The party whose primary/sole reason for existence is achieving independence for Scotland has taken those six resounding mandates in half a decade and delivered absolutely nothing with them. 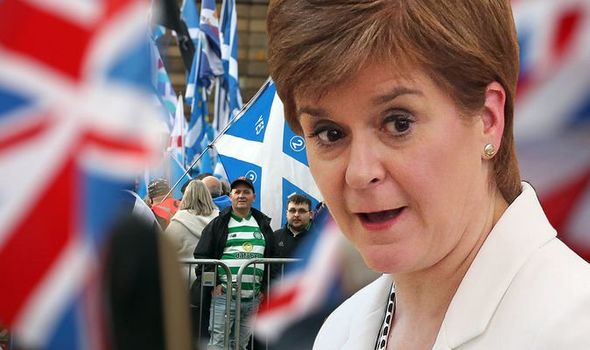 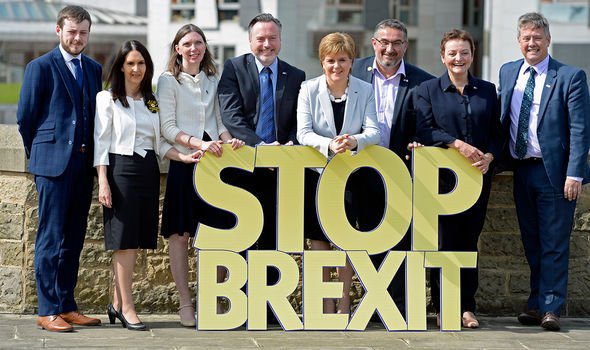 “For all those millions of votes, Scotland is not one inch closer to its independence now than it was on November 19, 2014.

“But that’s not to say things have stayed the same. Scotland’s situation has become far worse.

“As of next week, it will have been wrenched out of the European Union against its people’s clearly stated wishes, as expressed by a 24-point margin in 2016.

“The SNP sought to save Scotland from that fate not by winning Scots the right to make the decision for themselves via independence, but by instead focusing for three and a half years on overturning the clear democratic choice of England and Wales.

“A strategy both morally questionable and which never had a credible hope of success.” 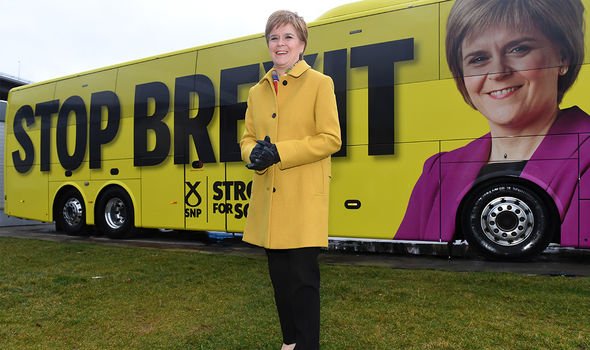 He added: “The Scottish Government sat on its hands and did nothing but accumulate a pile of worthless mandates while the clock ticked down, and now Scotland stares into the abyss of another decade of destructive Tory rule.”

But the sustained growth in support for independence will still not be enough on its own to secure a second referendum, public law expert Professor Aileen McHarg told Express.co.uk. 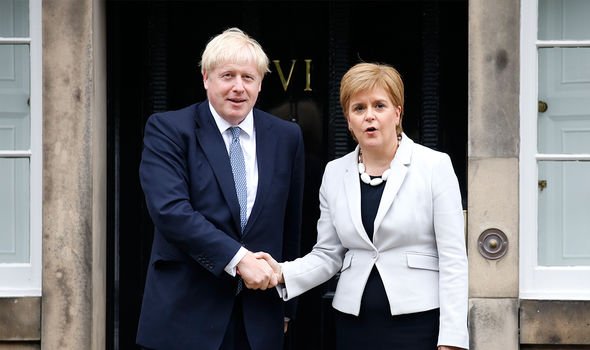 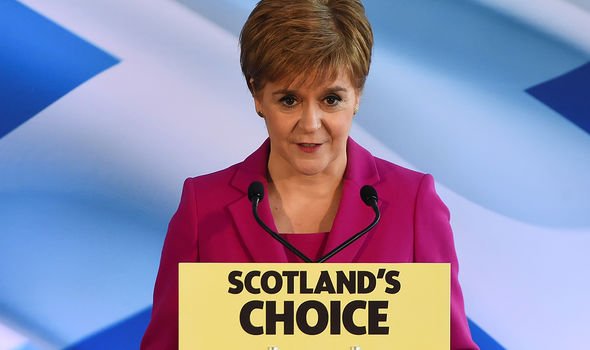 She said: “The growth in support does not change the legal arguments. Either they have the power or they don’t – a mandate makes no difference.”

However, she also said that a perceived mandate could offer some encouragement nonetheless.

Professor McHarg added: “The reason a mandate is important though is because in 2011, when the SNP last won an overall majority, David Cameron’s agreement to facilitate a referendum at that point had a mandate.

“So the SNP will make it absolutely abundantly clear in their manifesto next year that they want a second referendum.

“If the SNP then gets an overall majority next May, then it will be difficult to dispute that mandate, but that’s a political argument.

“It doesn’t affect the legal argument, a mandate on its own can’t impact the powers of a devolved legislature.”

Keep calm and vape on: Britain embraces e-cigarettes, US cautious

What Is Europe? Freedom, Slavery, Austerity or Nothing at All