Nicola Sturgeon on hopes for Scotland to 'trade freely' with EU

Nicola Sturgeon appeared to admit that an independent Scotland would have to endure a hard border if it joined the EU. The Scottish First Minister told Andrew Marr on Sunday that she was “not denying” EU regulations would see goods and livestock being inspected on crossing points between England and Scotland. However, she tried to quash any reservations over independence by saying that Scotland will try to negotiate post-independence arrangements in order to “keep trade flowing easily across the border”. Ms Sturgeon added that there is no need for businesses to “suffer” as a result of a possible hard border.

This admission came after a report warned that not only is a hard border “inevitable” in the event of Scottish independence, but the country will also be forced to adopt the euro.

An Institute for Government (IfG) report published last month said it would require the best part of a decade for Scotland to rejoin the EU.

It said: “The EU would probably welcome an application from an independent Scotland, but only if Scottish independence were based on agreement with the UK Government,” the think tank’s report states.

It adds: “Under EU law, Scotland could only formally apply to join the EU once it had secured its independence from the UK, and the whole process could take the best part of a decade.” 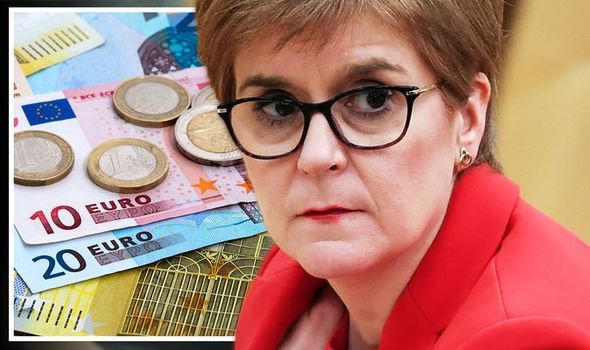 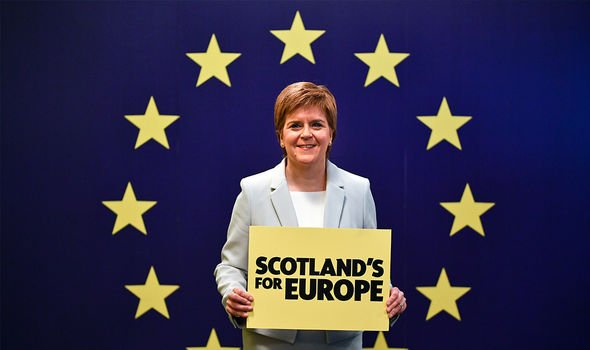 The academics found that joining the EU would probably mean an independent Scotland joining the single market and customs union – and as a result the Anglo-Scottish border would become a new regulatory frontier for the EU.

They continued: “As an EU member state, Scotland would have no choice but to enforce customs processes, as well as regulatory checks on goods such as animal and plant products.”

Another key aspect of rejoining the EU is the likelihood Scotland would have to take on the euro despite Ms Sturgeon’s previous comments saying this was not in the SNP’s plans.

Asked in 2019 if Scotland would change to the euro, Ms Sturgeon said: “No, I don’t think it would.”

She added: “No we wouldn’t and there are examples in the European Union today that prove that’s not the case. Sweden, for example, joined the EU after the so-called requirements to join the euro were in place.” 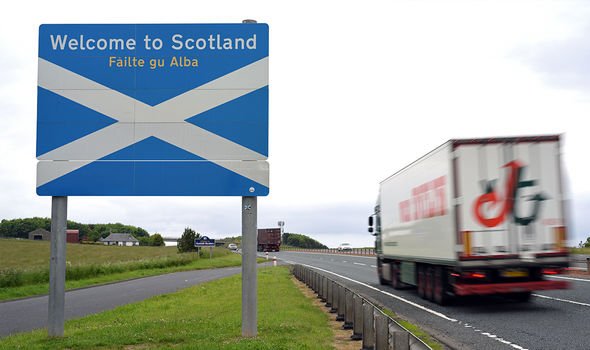 But the IfG report said: “It is unlikely that Scotland would be able to negotiate all the same opt-outs that the UK had as a member state.

“It would therefore probably have to commit to joining the euro – at least in principle.

“In practice, however, it might be possible to delay adoption of the single currency for many years, as other member states have done. 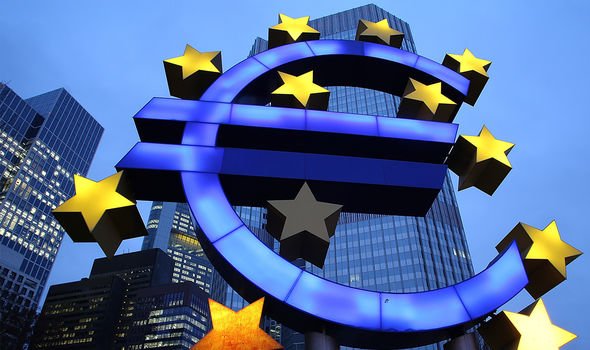 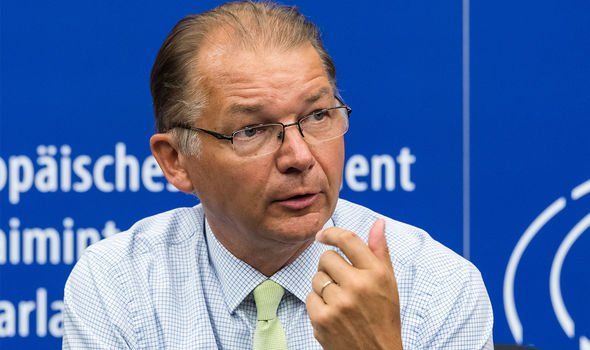 “More conceivable is that the EU would allow Scotland to opt out from the Schengen zone, meaning the Common Travel Area across the islands of Great Britain and Ireland could remain intact and passport controls be avoided.”

Senior MEP Philippe Lamberts told Express.co.uk in December that Scotland would have to commit to the euro.

He said: “Any new member state has to adopt the euro, I know that the SNP are revisiting their scenario depending on the outcome of a referendum.

“So I don’t think past positions of Nicola Sturgeon or the SNP are reflective of the positions they will take if they apply to join the EU after a referendum.”

Kimberly McIntosh: Why I Took A Break From Dating White Men