The GB NEWS host slammed the Prince following his speech at the UN in honour of the UN’s Nelson Mandela Day. During the speech Prince Harry spoke about the “assault” facing democracy and freedom and told of his love for the continent of Africa.

However, Mr Farage didn’t take kindly to the Prince’s comments about poverty on the continent.

Speaking on GB News, he said: “Just to cap the lot, to an empty room at the UN I’m pleased to say, Prince Harry has been talking about poverty in Africa.

“And now he’s [speaking about] poverty in Africa, isn’t that just marvellous.” 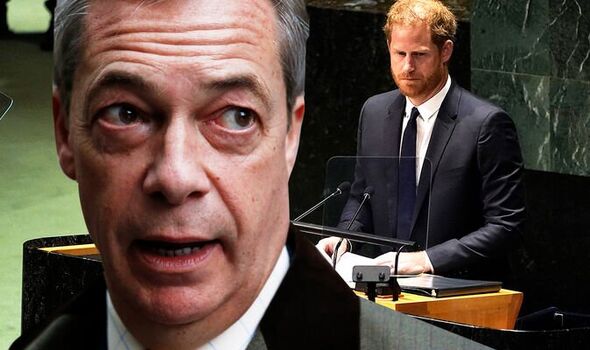 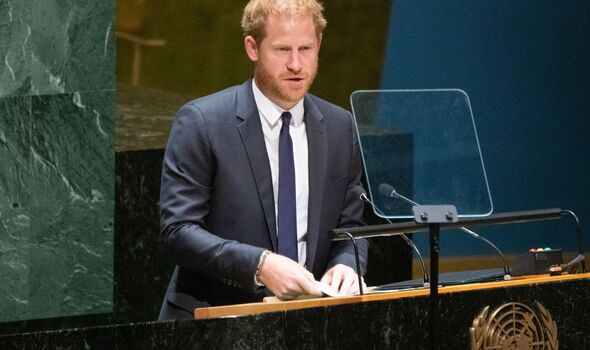 Seconds before, the commentator lashed into the Duke of Sussex’s comments on democracy under assault.

He said: “Goodness only knows why they invited him [to the UN].

“He’s been speaking, he’s been laying into the decision by the Supreme Court in the US to make abortion rights something decided at state level and by voters as opposed to it being part of federal law.

“And he’s talked about the attack on democracy in the world which I think he and his wife mean any candidate they don’t like or support.” 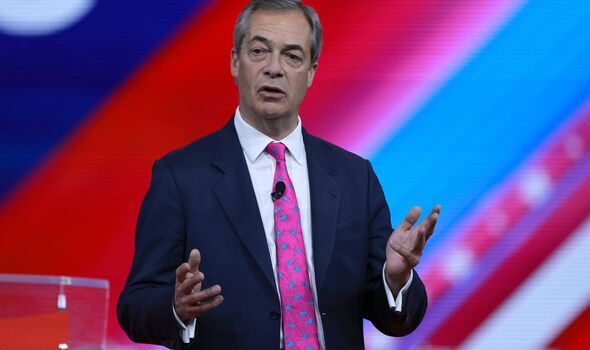 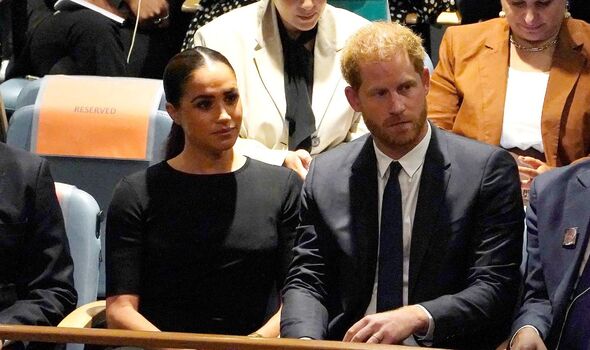 Prince Harry made the speech to mark the UN’s Nelson Mandela Day, July 18 was the late South African leader’s birthday.

It covered topics from poverty to democracy to climate change.

The Duke of Sussex said: “How many of us feel battered, helpless in the face of the seemingly endless stream of disasters and devastation, I understand.

“This has been a painful year in a painful decade. We’re living through a pandemic that continues to ravage communities in every corner of the globe.

“Climate change wreaking havoc on our planet, with the most vulnerable suffering most of all.

“The few weaponising lies and disinformation at the expense of the many.” 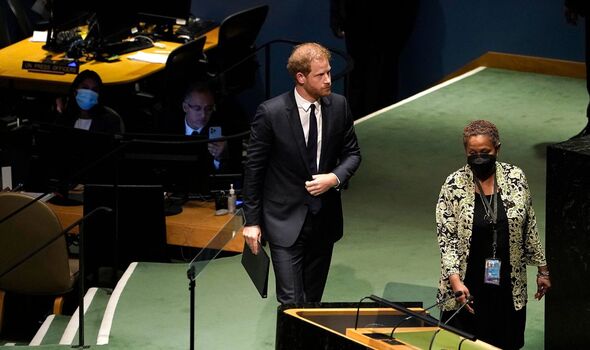 The speech comes as the Duke and Duchess of Sussex are seen to be wading further into politics.

There have even been rumours that Meghan Markle has been mulling over a presidential run in the US.

She said: “It’s wonderful to have women in politics, the more women we have, the better our democratic system will work”.

“We embrace all women and we welcome her to come in and join the Democratic Party.”

Barrister fined for getting seriously sassy with judge throughout trial

A-Level results: These students were predicted to get As. Then their grades came in