It took him more than two decades, but on January 31, Nigel Farage achieved what he went into politics to do. After half a century of subservience and three-and-a-half years of political wrangling, Britain finally left the EU and the former MEP can take a huge amount of credit for the UK’s departure. The Brexit Party leader has been an enemy of the bloc since the Maastricht Treaty in the Nineties and proved to be a canny political operator both in the 2014 and 2019 European parliamentary elections.

During his 20-year-long-battle against the bloc, though, Mr Farage has made a few enemies, particularly in Scotland.

According to a 2013 report by the Daily Telegraph, Mr Farage, at the time leader of the UK Independence Party (UKIP), was left stranded in the middle of Edinburgh’s Royal Mile, surrounded by around 50 nationalists and socialists calling him a racist and demanding that he: “Go home to England”.

Police officers reportedly attempted to persuade two taxi drivers to take Mr Farage away from the trouble but both refused as the protesters continued to barrack the former MEP with insults.

A visibly shaken Mr Farage told reporters at the time: “We have never had a reception like this anywhere in Britain before. 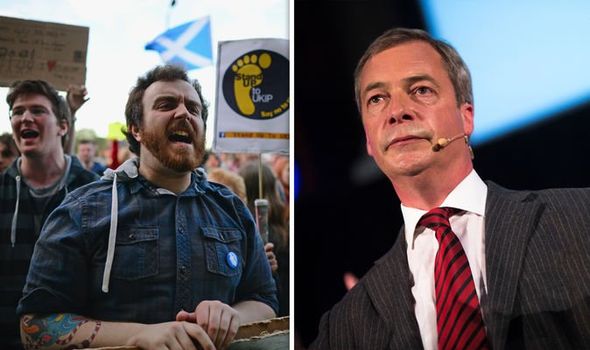 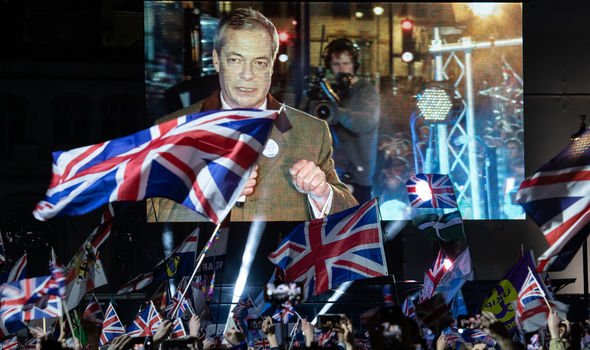 “They hate the Union Jack.”

Police then insisted for his own safety that he entered the Canon’s Gait pub, but the protesters continued to jeer and shout abuse, with some unveiling a 20ft banner that, referring to next year’s referendum, stated: “Vote Yes for Scotland”.

Others among the mostly young crowd raged at Mr Farage by telling him he should “stick your Union Jack”.

It was not clear how the stand-off would end, as some enterprising nationalists reportedly disappeared round the back of the building to check Mr Farage did not sneak out the rear entrance.

However, a Lothian and Borders Police riot van was spotted making its way up the usually genteel Royal Mile and stopped directly outside the pub. 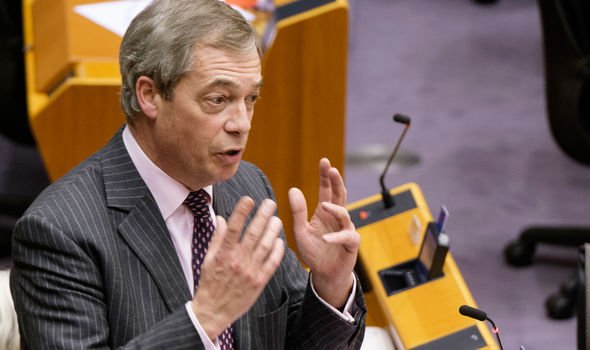 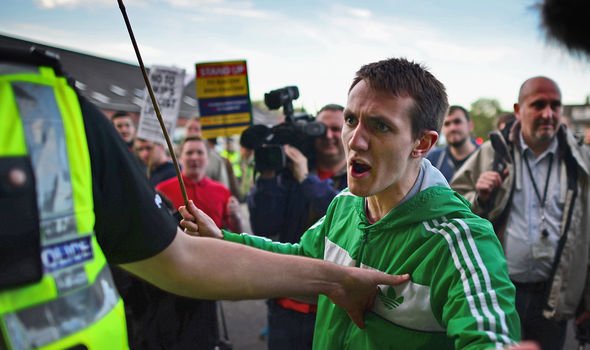 The doors opened and the crowd surged forward while police took Mr Farage away from the building and into the vehicle.

Speaking in a radio interview afterwards, the Brexiteer said: “Normally I would love to be locked in a pub, but it was pretty unpleasant.

“If this is the face of Scottish nationalism, it’s a pretty ugly picture.

“This was dressed up as an anti-racism protest but it was nothing of the sort – it was anti-English thing.”

Mr Farage added the protesters were “not prepared to have a conversation” and praised the police, saying the situation could have turned “very nasty” if they had not been present. 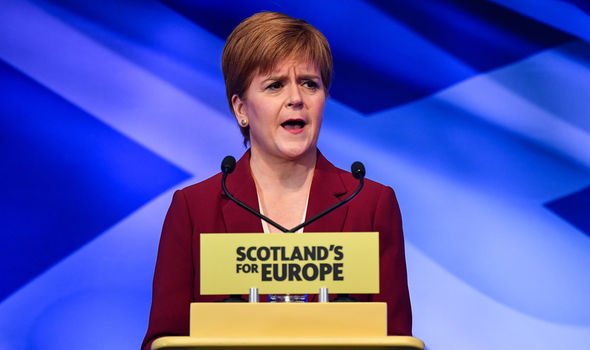 He was visiting the Royal Mile to meet the Scottish press, but some nationalists and socialists discovered the arrangements and posted them on their Twitter accounts.

They included members of Radical Independence, a representative of which shared a platform with Nicola Sturgeon, then-Deputy First Minister, at the launch of the official Yes Scotland campaign in Glasgow.

More recently, Mr Farage had a milkshake thrown at him during a campaign walkabout in New Castle in May.

The Brexit Party leader was heard to comment “complete failure” and “I could have spotted that a mile off” as he was ushered away by security following the incident in Newcastle city centre.

The man was charged with common assault and criminal damage.