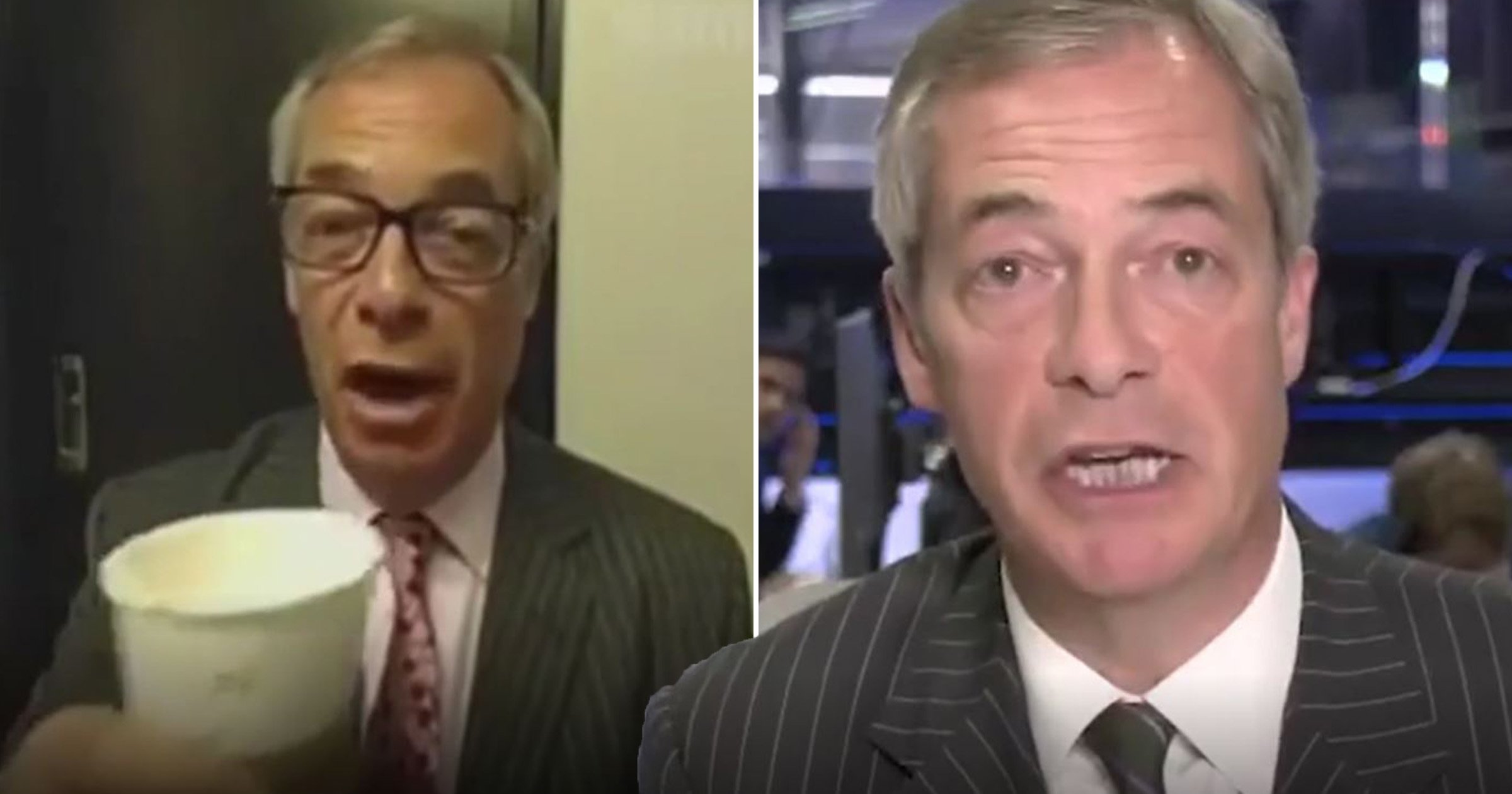 Nigel Farage was reminded he might not be the best person to lecture the Irish on recent history after he was duped into expressing support for the IRA.

Appearing on Irish TV, the former UKIP leader was quite firmly put in his place by presenter Claire Byrne on Monday night.

He had been trying to make a point about the nationalists’ 500-year fight for independence when Ms Byrne cut in, saying: ‘People will be entertained to hear you, Nigel, talking about this.’

She referenced a now infamous birthday greeting Mr Farage delivered for a fee on the platform Cameo.

The clip showed him recording a message to a man named Brian Ó Céileachair before holding up his cup of coffee and saying ‘up the RA’.

Speaking on RTE One, Ms Byrne said: ‘Look, I know you apologised for the birthday greeting which you delivered in the last couple of days.

‘I want people to see just how much you know about the history and culture of this island.’

She then played him the clip before the camera cut back to a sheepish looking Farage.

‘Up the RA, Nigel?’ Ms Byrne asked. ‘I know you said sorry and I know you got 87 quid, that’s entirely within your rights to do that – but come on.

‘Don’t try and lecture the Irish people on culture and history and the precarious nature of peace on this island, you haven’t got a clue.’

Mr Farage has carved out a fairly lucrative following on Cameo, which allows people to commission celebrities to record unique messages to celebrate special occasions.

But the Brexiteer has fallen foul of a fair few jokers in his time – he was recently tricked into advertising a drug dealer’s wares shortly after the RA incident.

Speaking about the message previously with MailOnline, Mr Farage said: ‘If I saw “up the RA” I would have looked at that as something very innocent, and wouldn’t have even known there was an implication to it.

When asked if he would knowingly accept a message of support for the IRA, he said: ‘Are you joking? I had a face-to-face death threat from them.’

He didn’t attempt to justify the gaffe again last night, instead choosing to turn the conversation back onto Irish independence.