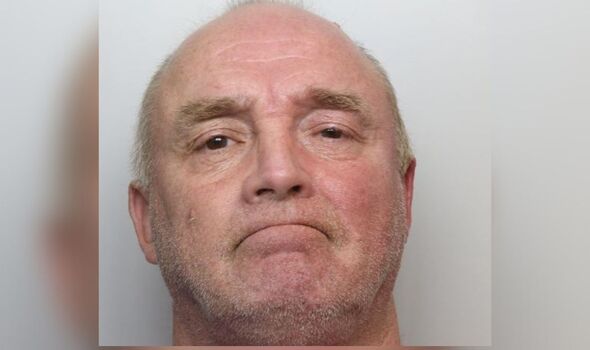 Residents of a village have shared their relief as a neighbour ‘from hell’ – who hacked down residents’ memorial trees and terrorized residents – has been banned from the area until 2037.

Adrian Paul Stairs, 59, made his next-door neighbours’ lives a misery for years in a row over a boundary line.

Stairs used a chainsaw to cut down several mature shrubs and trees in the Northamptonshire village of Blisworth last year, despite the fact that some of these shrubs had been established for more than 20 years and had been given as gifts from family members who have since passed away. As such, there was a strong sentimental value lost.

He also reportedly threatened his neighbours with a brick

As a result, an investigation was launched by the local Neighbourhood Policing Team supported by the Anti-Social Behaviour Sergeant Wyn Hughes. The team soon collected enough evidence to charge Stairs with criminal damage and assault.

Now, Stairs has been banned from entering the village for 15 years – meaning he will be aged 74 the next time he is allowed to go there.

In their victim impact statements, residents said they had suffered anxiety, fear and despair due to Stairs’ persistent anti-social behaviour. They revealed that others villagers, including pensioners in their 80s, had also been targeted by Stairs.

Stairs, who has since moved to Wellingborough, Northamptonshire, was handed a six-week prison sentence, suspended for 18 months. He was also handed a restraining order which prevents him from entering Blisworth for 15 years and from contacting the victims in any way.

Stairs absconded from court before the sentencing hearing, was arrested and appeared at court again on December 2. He was then handed an extra two weeks’ prison sentence which was suspended, along with a 60-day rehabilitation order for absconding from court.

Sergeant Wyn Hughes said: “When the victims, in this case, were informed of the result and the restraining order, it was like a weight was lifted off their shoulders. This is something they have struggled with for so long and therefore I am so pleased for them.

“However, there are no real winners in this type of case as the impact upon the victims has been significant and prolonged.

“I hope this case shows our ability to use both criminal and anti-social behaviour legislation in a positive way to protect our residents and keep our communities safer.”

Tens of thousands march for independence in Scotland's capital