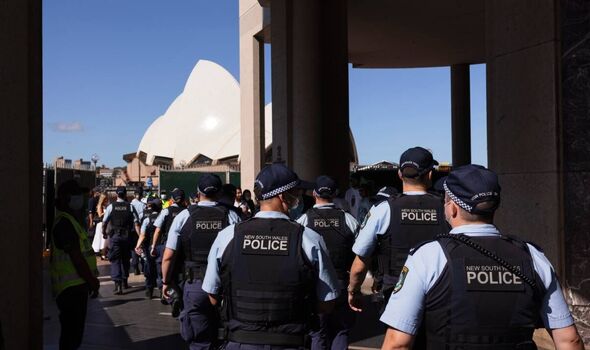 In an extraordinary sign of rock-bottom morale in Britain’s thin blue line, 621 serving officers have registered for jobs with Western Australia Police since it issued a plea for UK recruits to relocate. Last night the head of the Australian force, Commissioner Col Blanch, said: “The numbers are frankly outstanding.”

The figures relate to the 65 days after the force issued a “come and join us plea” back on October 15.

Commissioner Blanch said: “There’s clearly excitement among UK officers who are keen to make the move. It’s obvious why – Western Australia is a fantastic place to live and work.”

Officers pounding the UK’s increasingly lawless streets have had their heads turned by perks – including a £47,000 starting salary and free housing.

British officers, seen as the best in the world, have also been lured by the promise of fast-tracked Australian citizenship and six-weeks paid leave.

Those moving to the largest policing jurisdiction in the world have also been attracted by significantly less violence, particularly knife crime.

It is the latest blow to a UK force reeling from a string of high-profile scandals as well as its historic battles over pay and conditions.

A survey of 60,000 of our PCs revealed seven in 10 were considering leaving over poor pay and conditions, a situation the Police Federation of England and Wales described as “frightening”.

Last night the federation’s chair Steve Hartshorn said: “It is concerning to hear as many as nine police officers a day are submitting requests to transfer to a force on the other side of the world.

“The impact of these experienced officers leaving will affect the ability of those newer in service to develop. We need every officer in this time of crisis.

“It is not hard to see why our colleagues want to move away to a different working environment.

“The last 12 years of underfunding and under-appreciation for the service have undoubtedly had a devastating and longstanding impact on our members.

“Voices are not being heard, pay is not increasing and our members are disillusioned and exhausted.”

Officers in London and the South of England receive additional pay allowances of up to £6,735.

Latest figures show rising crime rates, including violent and sexual offences. Police-recorded crime hit 6.5 million in the 12 months to June 2022 in England and Wales, up from the previous all-time high of 6.3 million the year before.

Chiefs say the number of police has failed to keep up with population growth and they are now expected to police and protect 3.5 million extra people with the same squad strength as 10 years ago.

The Government says it is on track to recruit 20,000 additional officers by March, but that will return overall strength to where it was a decade ago.