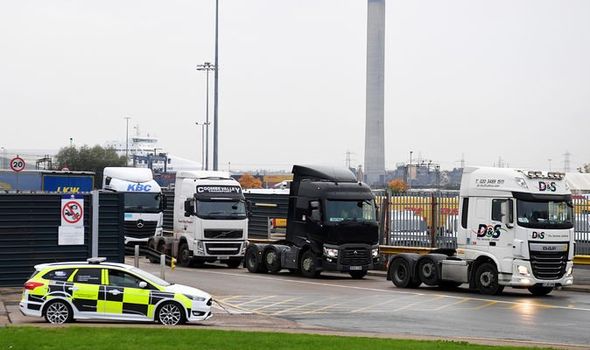 The lorry was stopped between Junction 9 near Ashford and Junction 8 near Maidstone, in Kent. Officers said there were tailbacks of up to seven hours. Police attended the scene following reports of possible migrant in the back off the lorry.

It remains unknown where the migrants in Kent have come from.

But they were seen receiving treatment on the side of the road by paramedics.

They will be handed over to the Home Office. 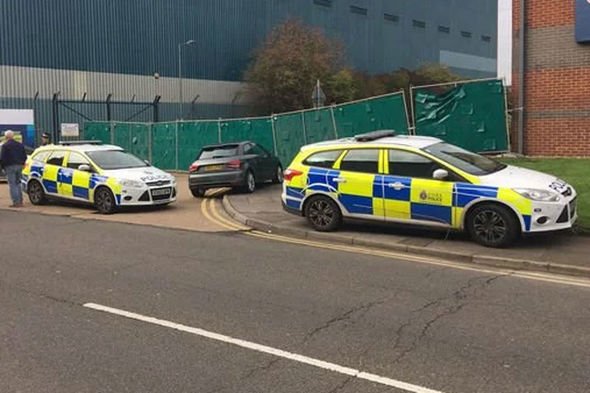 The incident comes after the disturbing discovery of 39 dead bodies in the back of a Bulgarian lorry stopped in Essex early this morning.

It is understood that everyone inside the lorry was already dead and there was nothing that paramedics could do to save them.

A 25-year-old man from Northern Ireland has been arrested on suspicion of murder. 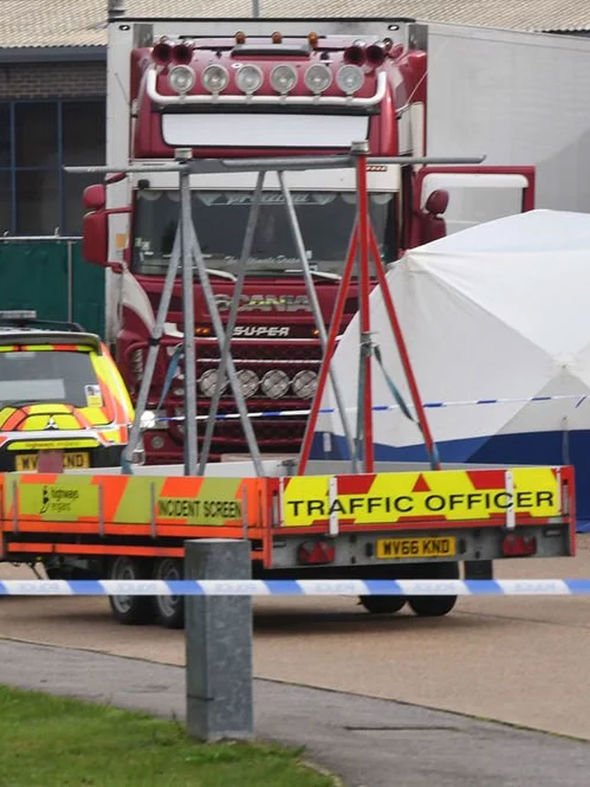 Essex Police said officers was called by the ambulance service shortly before 1.40am today following the discovery of a lorry container with people inside at Waterglade Industrial Park, Eastern Avenue, Grays.

The lorry was from Bulgaria and entered the UK at Holyhead, North Wales, one of the main ports for ferries from Ireland.

But it remains unknown if it had travelled from Bulgaria.

Chief Superintendent Andrew Mariner said: “This is a tragic incident where a large number of people have lost their lives. Our enquiries are ongoing to establish what has happened.

”We are in the process of identifying the victims, however I anticipate that this could be a lengthy process.

“We believe the lorry is from Bulgaria and entered the country at Holyhead on Saturday 19 October and we are working closely with our partners to investigate.”

Prime Minister Boris Johnson issued a statement on Twitter regarding the discovery in Essex.

He said: “I’m appalled by this tragic incident in Essex. I am receiving regular updates and the Home Office will work closely with Essex Police as we establish exactly what has happened. My thoughts are with all those who lost their lives & their loved ones.”

Home Secretary Priti Patel issued a statement in the House of Commons today.

She said: “I think the whole house will agree that this is a truly shocking incident.

“My thoughts and my condolences are with the victims and their loved ones at this utterly terrible time and I’m sure the whole house will also convey their condolences at this sad time.

“While the nationalities of the victims are not yet known, I have asked my officials to work closely with the investigation to provide all assistance we can.

“This is on top of the joint work that is taking place already between the police, Border Force, Immigration Enforcement, the National Crime Agency and other enforcement agencies.”

Shadow Home Secretary Diane Abbott said: “Any death under these circumstances is truly appalling. Each of the 39 will have partners, family or friends who perhaps even now don’t know how their loved one died and the horrible circumstances.

“I would like to commend the emergency services for their work and share with the member for Thurrock the horror that these emergency workers will have seen sights that will live with them forever.”