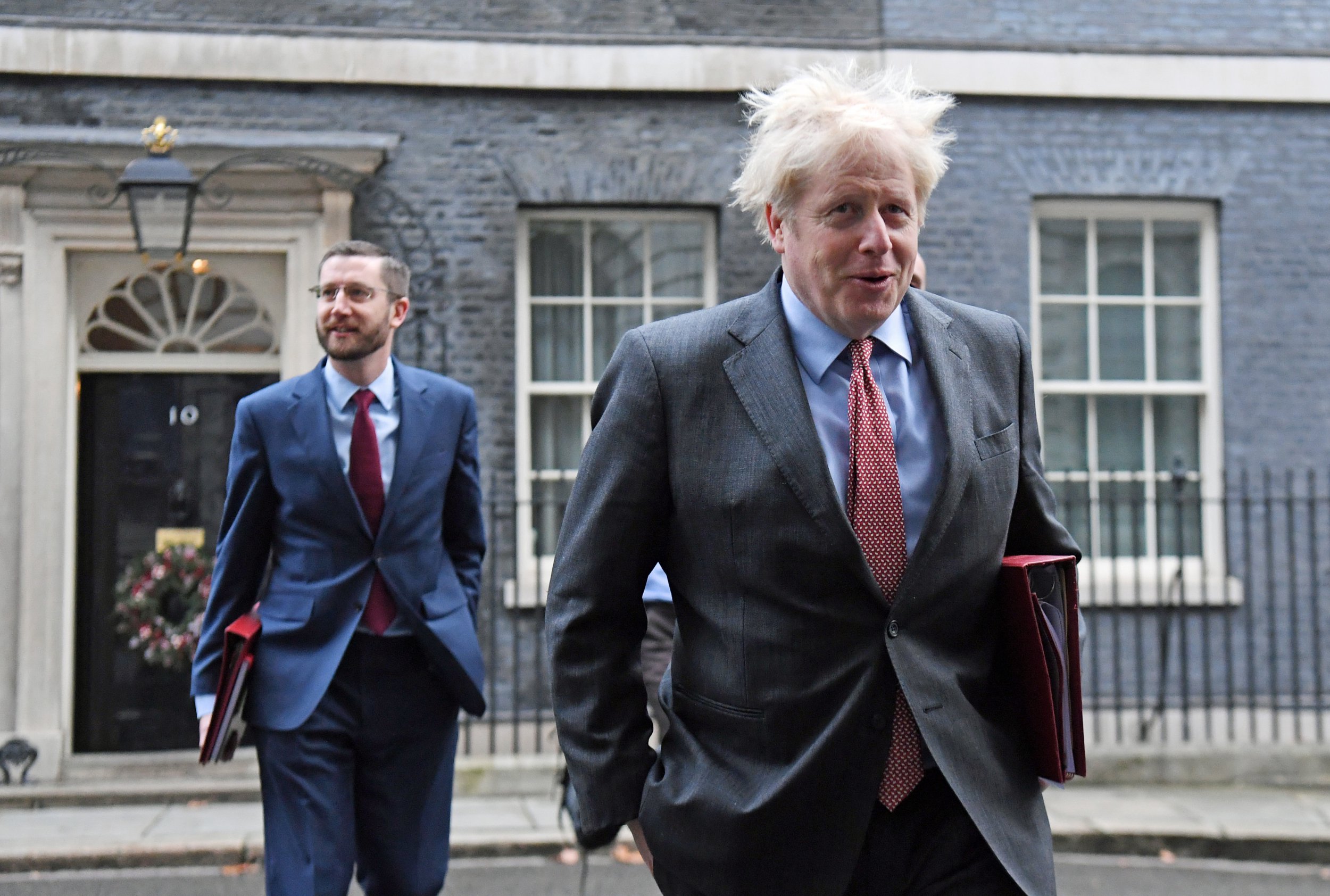 A staff Christmas party was held at the office of the man tasked with investigating lockdown parties at Downing Street, it has been reported.

There are now calls for Cabinet Secretary Simon Case to be removed from the inquiry into gatherings in Government departments.

Two Christmas parties were held in Mr Case’s department – the Cabinet Office – in December 2020, according to the Guido Fawkes website.

This was at a time when restrictions were in place and the public faced challenging measures to prevent social mixing.

Around 15 people are said to have been invited to one event, and at least one involved drinking and music, it was reported.

The site was told by a source that Mr Case did not attend, but allegedly stuck ‘his head into the room to call staff out at various points during the party’.

One of the parties was held on December 17 – the day before the alleged Christmas party at Downing Street at the centre of the saga, the Times reports.

The newspaper said the event was listed in digital calendars as ‘Christmas party!’ and organised by a private secretary in Mr Case’s team.

A joint investigation by Politico and The Independent claimed Mr Case shared drinks with between 15 and 20 staff at his office and in the waiting room outside the Cabinet Office.

The Scottish National Party’s Westminster leader Ian Blackford has called for Mr Case to be removed from the investigation and to resign.

Both Mr Johnson and Tory chairman Oliver Dowden have said they were sure Mr Case’s investigation would find no wrongdoing.

And Mr Johnson insisted the public was more interested in other matters such as coronavirus, and suggested the media reporting on lockdown-busting parties had caused the Tories to lose the North Shropshire by-election.

He told broadcasters ‘what people have been hearing is just a constant litany of stuff about politics and politicians and stuff that isn’t about them’.

But Mr Blackford said: ‘The Prime Minister’s appointed lead investigator into the Downing Street parties has also been reported to have hosted a party in his office – whilst thousands were forced to spend the Christmas season apart as a result of necessary coronavirus restrictions. He, along with his inquiry report, must go.’

He said it was ‘vital there be an inquiry led by an independent arbitrator – someone who owes the UK government nothing’, and in a letter to the PM suggested it should be judge-led.

In his letter, he added: ‘Put simply, the public suspected this was a rigged, limited internal investigation and an attempt to dodge accountability. They now know that the person appointed by you to investigate was also involved.’

Labour’s deputy leader Angela Rayner said: ‘With each revelation, there is more evidence of a culture of turning a blind eye to the rules.

‘Labour made it clear the person leading the investigation should be uncompromised, free to make an independent judgement. That’s now in serious doubt.’

In a statement, the Cabinet Office told Politico and The Independent: ‘These allegations are categorically untrue.’

Donald Trump: I will ‘substantially increase’ sanctions on Iran