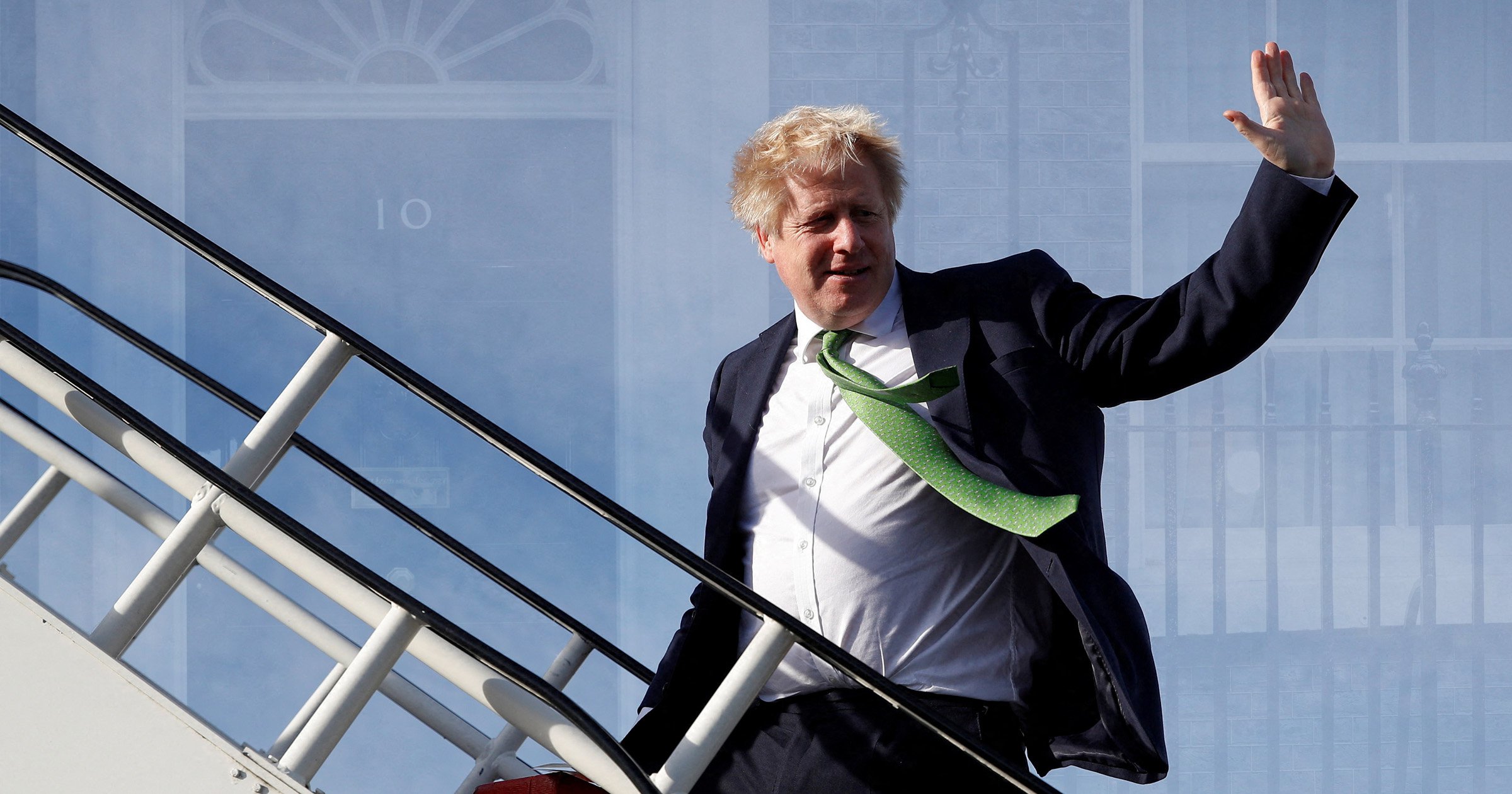 The public may never know if Boris Johnson is issued with Covid fines, No 10 has suggested.

Police are investigating 12 alleged gatherings in Downing Street and Whitehall during lockdowns, including three that the prime minister is known to have attended and one in his flat.

This could result in fixed penalty notices for anyone found to have flouted Covid rules.

But Downing Street declined to say whether this information would be made public.

The Prime Minister’s official spokesman said: ‘It will be the Met that sets out what they see fit at the conclusion of their work and I would not seek to set out what that may or may not be.’

Asked if that meant the public would not be told if Mr Johnson is fined, the spokesman said: ‘What I’m simply saying is that… it would be wrong to infer from the ongoing work that there has necessarily been a breach in the regulations

‘I’m not seeking to preempt the important work that the police are now doing. So I’m not going to be drawn into speculation about what might happen if the police do decide to proceed, as that is purely a hypothetical situation.’

The Met has since confirmed to The Telegraph that it will not name people who receive fines – raising the prospect that any handed to No 10 staff or the prime minister could remain a secret.

Deputy Labour leader Angela Rayner said the public had the right to know if Boris Johnson is fined over the partygate row.

‘I can’t believe this needs saying. The public have a right to know if the Prime Minister is found to have committed an offence by the police,’ she said.

‘Number 10 said they would publish the full report. They cannot be allowed to backtrack or hide the results of the police investigation.’

It comes after Justice Secretary Dominic Raab refused to explicitly say if the findings of the police probe should be published in full.

He told BBC’s Radio 4’s Today programme: ‘Justice must be done and seen to be done.

‘But I don’t think I need to lecture or indeed advise the Metropolitan Police about how to conduct an investigation.’

Asked whether Mr Johnson should quit if he is issued with a fixed penalty notice for breaching his own Covid rules, he said: ‘Let’s wait and see … Allow the police to conduct their investigation and see, when they have ascertained the facts, quite what they conclude.’

Officers are examining hundreds of documents and photographs in relation to the 12 events in 2020 and 2021 held while England was under coronavirus restrictions.

The evidence was passed to the police by the investigation team led by senior civil servant Sue Gray, whose interim report on Monday highlighted ‘failures of leadership and judgment’ at the heart of government but did not point the finger of blame at any individuals.

Her conclusions were limited following a request by the Metropolitan Police to make only limited references to the events under investigation, leaving it to Scotland Yard to decide whether laws were broken.

Mr Johnson has committed to publishing a fuller version of Ms Gray’s report once the police investigation has concluded – but it is not clear how detailed that will be and whether it will include the evidence submitted to the police.

A spokesman for the Met said: ‘As it has for all fixed penalty notices issued during the pandemic, the MPS will follow the College of Policing Approved Professional Practice for Media Relations which states that ‘identities of people dealt with by cautions, speeding fines and other fixed penalties – out-of-court disposals – should not be released or confirmed/