While on the island on Wednesday, the Princess Royal indulged in her secret passion which she rarely discusses. During her visit, Anne celebrated the Mountbatten Hospice charity’s 45th anniversary and officially opened the United Kingdom Sailing Academy’s (UKSA) new accommodation.

The Princess Royal, who has previously been named the hardest working royal, has had a busy few days with a Yacht Club visit on Monday, the Isle of Wight on Tuesday, and a reception to commemorate the anniversary of London hosting the Olympic Games on Wednesday.

The royal’s visit to Lymington Yacht Club, of which she is patron, on Monday saw the Princess indulge in her passion for sailing which she has partaken in since 1979.

Anne looked at the yachts and powerboats on display and watched young attendees learn the ropes of boating before watching a race.

Last year, the royal visited the Royal Yacht Squadron on the Isle of Wight to watch the sailing and she spoke of her “early memories of sailing”. 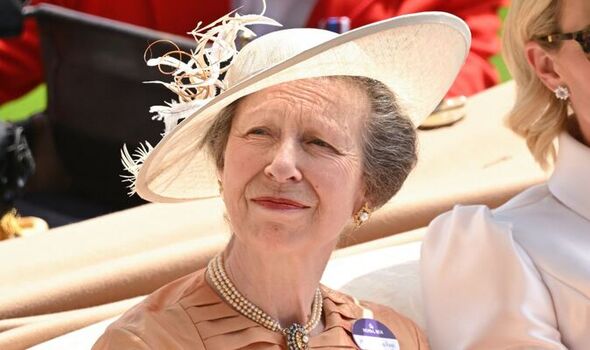 She also said: “I was considered a bit too young and a bit of a nuisance. I started really with a Bloodhound (a yacht).

“I regressed to dinghy sailing for a bit, but then got a slightly bigger boat.”

Her Royal Highness also performed another role at one of her patronages this week when she officially opened the UKSA’s new 136-bed accommodation facility in Cowes on Tuesday.

The new space will allow the charity to bring in an extra 3,000 young people to improve on their life skills and career prospects.

The Sea Change programme welcomed some children from Birmingham and London who are embarking on a five-day residential programme to learn about the maritime industry.

Also on Tuesday, the Princess Royal visited the Mountbatten Hospice which provides end-of-life care for those living on the Isle of Wight and has done since 1977.

Royal fans took to Twitter to praise the royal who is “no fuss” and never stops working. 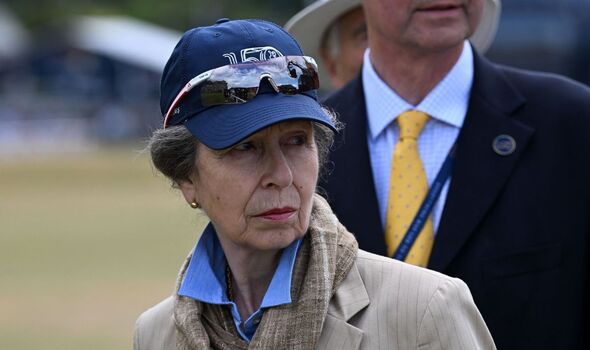 Instagram user @fp.royaltyy complimented the Princess saying: “She is such a hardworking woman!”

User @devenny779 said about her visit to the Hospice: “A perfect example of a working Royal. Not only is she beautiful, she shows true kindness to those whose lives she touches.”

Another concluded that Princess Royal is “my favourite Royal because she gets on with it no fuss.”